Must Share News – Independent News For Singaporeans
Home People Nurse Couple’s Love For Others And Each Other Epitomises The True Meaning... 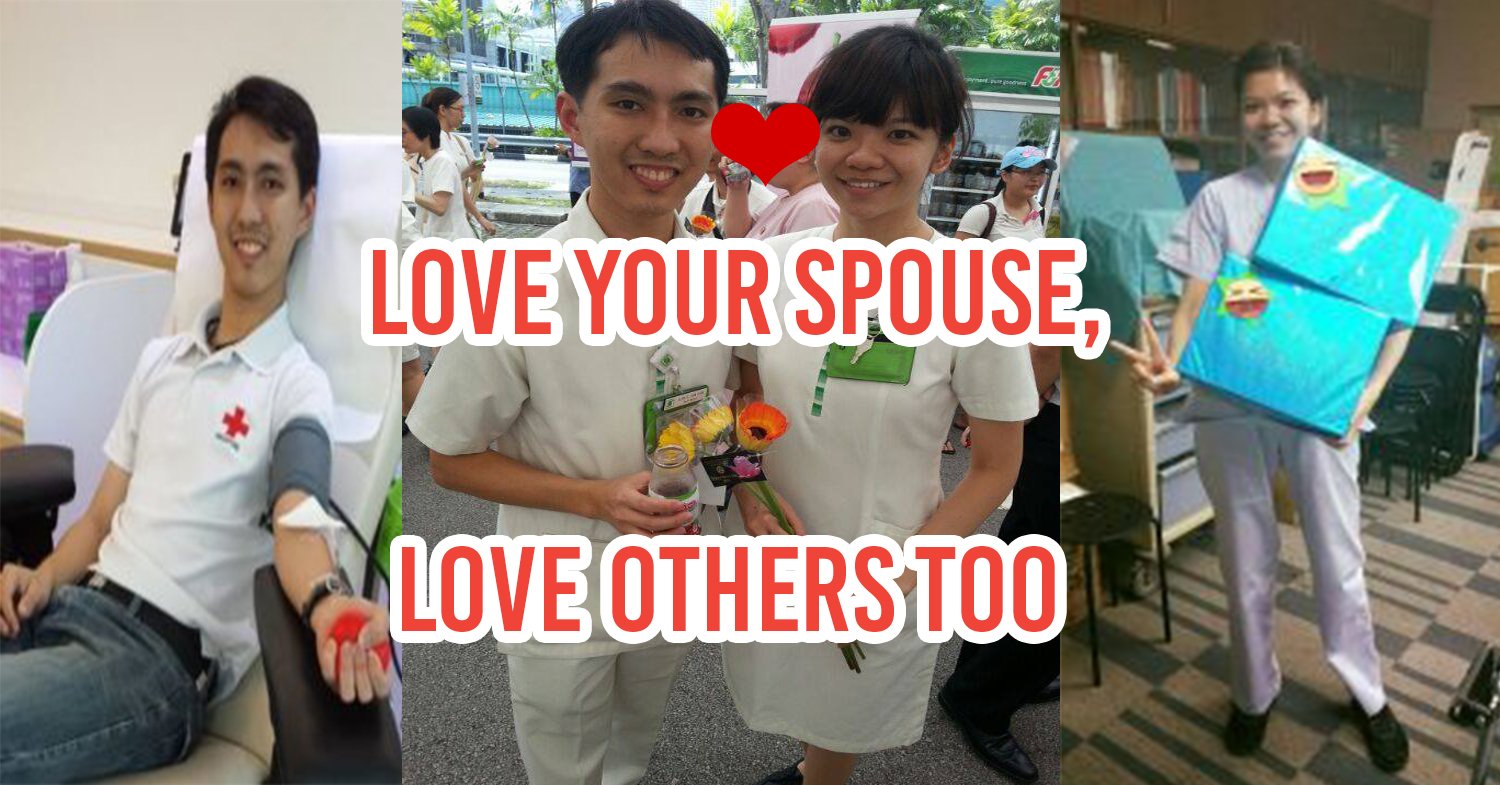 Love Is In The Air

Ah, it’s that time of the year again – a time when people scramble to retail stores to prepare last-minute gifts for their significant others, flower bouquets sell like hotcakes and restaurants become more packed than our MRT trains.

On this special day, we’ll be spreading some love too with a story — MustShareNews got in touch with one half of a couple whose dedication and affection for nursing helped them find each other.

Now this is what Valentine’s Day is all about — rather than expensive gifts and dining.

Mr Ee is a senior staff nurse at the Singapore General Hospital (SGH) and Ms Chan works as an occupational health nurse. 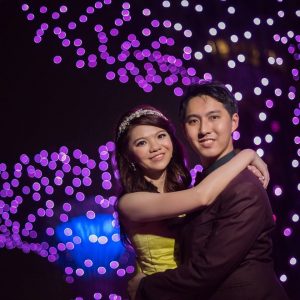 MustShareNews talked to Mr Ee to find out more about his lovey-dovey relationship with Ms Chan.

August 1, 2012 is a day the couple recall fondly, not only because it’s Nurses’ Day, but because it was also the first day they met.

The two started getting closer after attending a course together followed by a department outing. 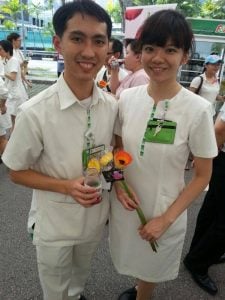 They became official in November 2013 when they went to Changi Airport for a date and Mr Ee asked “ai stead mai?”.

Okay, those weren’t his actual words, but she did say “yes”, and that’s all that matters.

After dating for 3 years, the couple settled down and got married in October 2016. 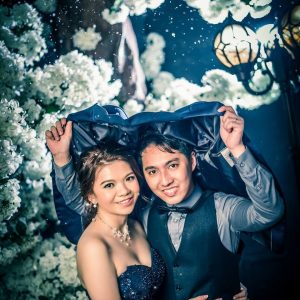 But this is no ordinary couple — they both know what a tough life it is being a nurse.

The job scope can be mentally demanding. They act as the middlemen between doctors and patients. They are also at the beck and call of the patients, helping to administer medicine, providing psychological support and even doing dirty work like clearing their urine-filled bed pans and bringing them to the toilet.

However, it is not uncommon to find a strong bond between patient and nurse, which makes the job all the more rewarding.

Living A Life For Others

The couple has dedicated their lives to serving others, which is an incredibly noble thing to do.

Here are photos he took while giving blood and volunteering: 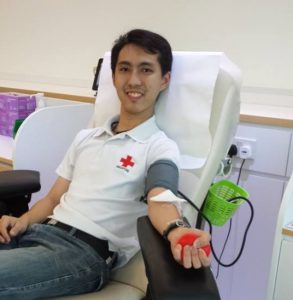 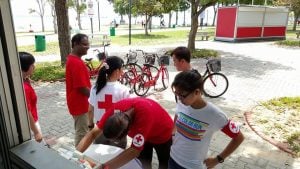 Upon hearing how much they give to others, it’s astonishing to find out that both of them lived personal lives of determination as well, and have struggled to get to this point.

Mr Ee had risen from humble beginnings to get to where he is today. The older of two children, he was raised by his doting grandmother while his parents worked tirelessly to provide for the family.

While studying in ITE College Central’s nursing course, Mr Ee met a lecturer who truly inspired him to live a life for others.

With his new-found calling, Mr Ee strived to be the best nurse he could possibly be. He proceeded to obtain a diploma in Health Science (Nursing) at Ngee Ann Polytechnic, then a Bachelor of Science (Nursing) from the National University of Singapore (NUS).

His proud family was present at his NUS graduation: 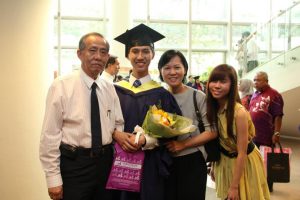 In 2016, he graduated from Nanyang Technological University’s National Institute of Education with a Master of Arts (Instructional Design and Technology). 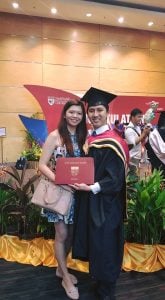 His endless pursuit for self-improvement is definitely worth emulating.

Ms Chan, the youngest of three siblings, studied at ITE Simei before moving on to earn a diploma in Nursing at Nanyang Polytechnic. 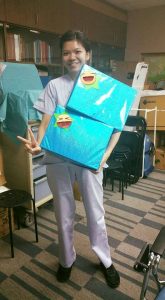 At the moment, she’s pursuing a degree in Nursing from La Trobe University.

Such is her passion for nursing that she juggles her time between her studies and work — that means that she works the night shift permanently, from 7.30pm to 7.30am, at her job in the private hospitality industry.

Mr Ee says that despite his wife’s tiredness due to her punishing daily routine, she finds it very fulfilling, making all the toil worth it.

While work and volunteering takes up majority of their waking hours, the couple enjoys spending quality time together whenever they’re free, watching a movie and playing mahjong.

Did I mention they’re huge fans of travelling as well? The pair has been to Hong Kong, Malacca and New Zealand, with many more trips on the cards.

Here’s a shot they took while on their honeymoon in New Zealand: 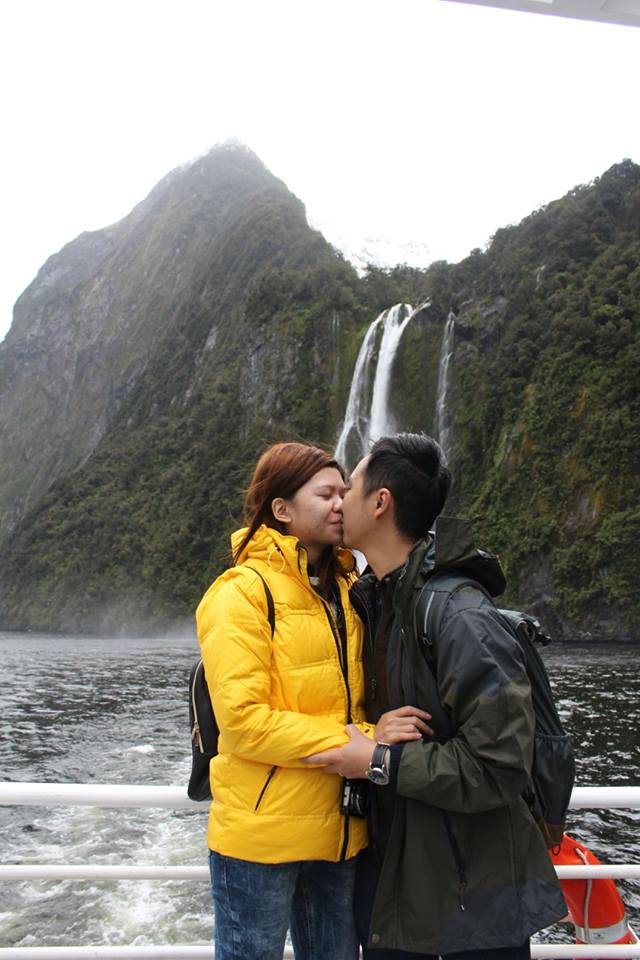 The Spirit Of Valentine’s Day

Mr Ee and Ms Chan’s love for nursing and volunteering has definitely touched our hearts this Valentine’s Day.

It’s rare to find people who will invest time and effort to genuinely help others, and for that we take our hats off to them.

We wish them well, and hope they will still find time to celebrate Valentine’s Day amid their exhausting schedule. 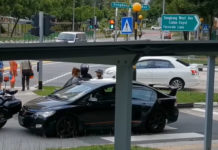