Must Share News – Independent News For Singaporeans
Home Inspiration Humour OMG Is Probably The Most Appropriately Named Company SMRT Has Ever Worked...

This is the state of our telcos today. A telco named OMG is partnering with SMRT, to be the 4th telco in Singapore. But first, they need IDA to approve them.

The three main ones are, well, shall we say, not the greatest, and a 4th one needs to step in to fill their shoes; preferably, with a colour scheme not resembling a traffic light. Maybe the new telco should try zebra stripes.

The competition to be #4 is mainly between OMGTEL, a subsidiary of Consistel, and MyRepublic, who have, as you’ll remember, promised unlimited mobile data. And OMGTEL has successfully managed to get SMRT on their side.

As SMRT controls the train tunnels, connectivity there is set to be a lot better if OMGTEL wins the bid. Anyone who’s ever used a mobile phone on the train will tell you that the connectivity is less than ideal.

When we say SMRT, you say…? 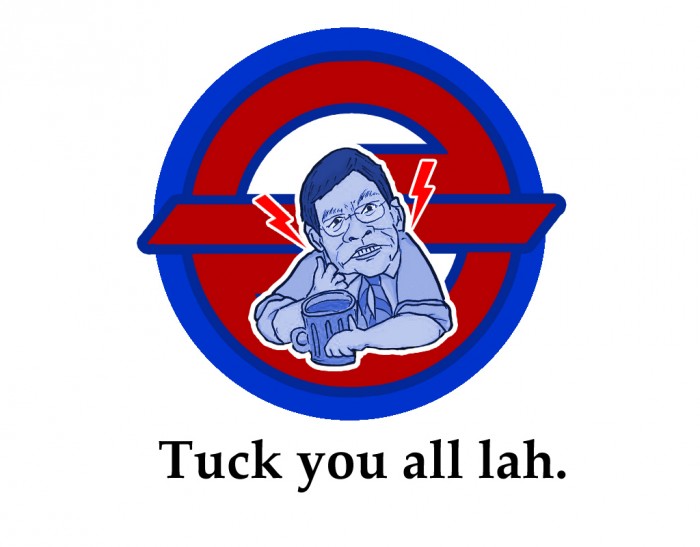 Now, SMRT in its present state is not held in the highest regard by Singaporeans. Near-constant breakdowns and train delays amidst ever-rising fare hikes have gotten the train operator on our bad side, although most of us have no choice but to take the trains.

In the first place, what’s a supposedly private public transport company (see that oxymoron there?) doing investing money into a potential telco?

Will telco breakdowns be the norm if they invest $34.5 million into OMGTEL? Hopefully not.

But we can all imagine what that would be like. Perhaps free data usage only when services go down? Cheaper rates for off-peak hours, whatever that means for phone lines?

Meanwhile, we can already hear the cries of “OMG! Phone no signal!” when OMGTEL’s lines go down.

Which would you rather have?

MyRepublic is known for their marketing. Already, they have promised the return of 10GB and 12GB bundles (which the three telcos unanimously dropped), and are promising other things that the three telcos have taken away over the years, such as zero costs for services like WhatsApp.

Meanwhile, people think OMGTEL is pulling an April Fools’ Joke because the name is just…OMG…

In all seriousness, with SMRT on their side, OMGTEL are likely to take advantage of the transport company’s consumer reach and control of tunnels.

OMGTEL have also managed to get people like George Yeo to be on their board of advisors.

Will unlimited data plans be good enough for the public, or will you prefer actual train  connectivity?

Another possibility is in accepting both as the 4th and 5th telcos in Singapore, but the traffic light telcos are unlikely to be pleased.

It’s getting harder to take telcos seriously in Singapore, if one named OMGTEL is going to supply phone lines.

Featured image via Consistel, SMRT
With references from SMRT, AsiaOne