Must Share News – Independent News For Singaporeans
Home News Orchard Central Death Of 17-Year-Old: Who Is To Blame? 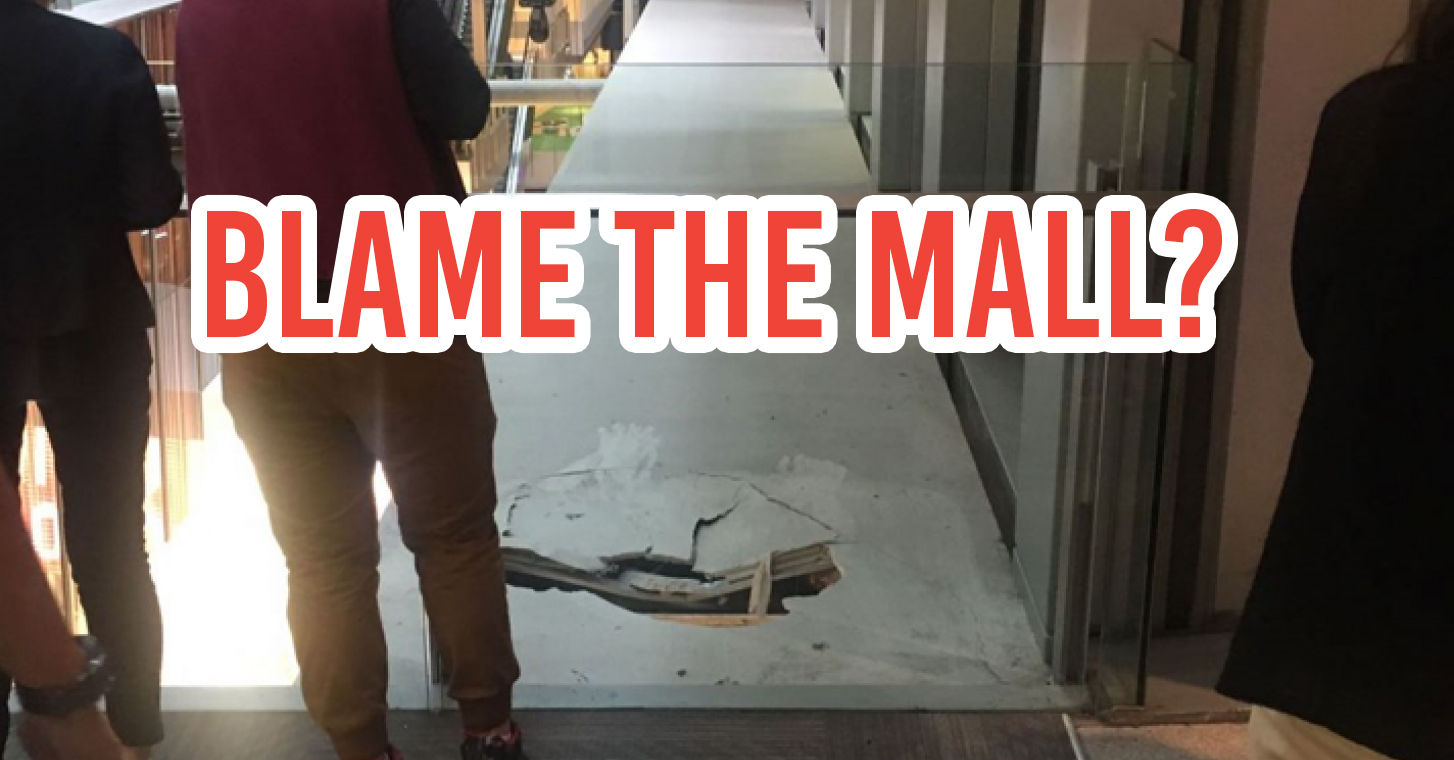 Who Is To Blame For A Life Lost?

Since a 17-year-old boy plunged to his death from the 4th-story link-way between Orchard Central and Orchard Gateway last Friday (Feb 24), there has been fierce debate over one question – who is to blame for his death?

Here’s the scene of the incident, in case you haven’t already seen it: The young man, identified by the The Straits Times as Jonathan Chow Hua Guang, jumped over a glass railing and onto a ledge that on first appearance looks like it could be made of concrete.

Turns out the ledge made of plasterboard and couldn’t take his weight, and the teen crashed through and fell 4 storeys to his death.

In this video circulating over the Internet, he can be seen jumping over the glass panel onto the plasterboard casing (Warning: Sensitive content).

In the video, a girl who was with him at the time appears to have her phone pointed in Jonathan’s direction as he lept over the railing.

Initial media reports said that Jonathan could have dropped his phone on the ledge and tried to retrieve it. However, the girl had a different version of the story.

Ruth, 17, told Today at his wake that he had wanted her to take a Snapchat video of him, and jumped over the railing before she could stop him. According to her, his last words were:

Help me take a Snapchat video and I’ll jump.

She added that they both had thought the ledge was made of concrete.

Many have raged over the Internet against the mall, saying that the management was to blame.

Most questioned the lack of warning signs indicating that the ledge was not safe to walk on; after all, how difficult could it be to put up a sign? 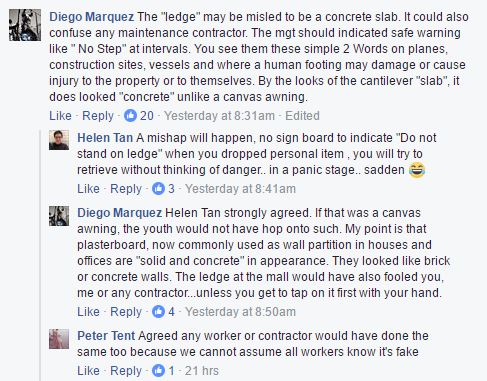 Other Facebook users also highlighted that maintenance workers could have used the ledge by accident, causing an equally disastrous scenario.

Let’s look at what the mall could have done better:

2. Get Rid Of That Ledge

We wonder why a non-load-bearing ledge was built near a place that could be accessed by the public.

From photos of the building, we can see that the lower floors do not have a similar ledge. We also can’t see what purpose the ledge would have and what it needs to cover up. 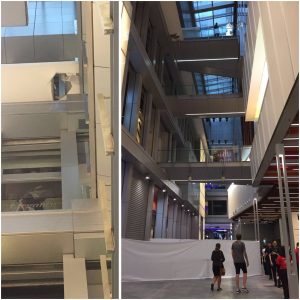 We think whoever came up with the idea to build that ledge should have considered the possibility of such an incident happening.

While many have blamed the mall for the incident, should they bear all of the responsibility?

Should the mall have allowed for the possibility that a brave teenager would vault over a 1.2m-high railing?

After all, some netizens said common sense would tell you that you would be putting your life in danger by attempting to stand on that ledge, even if you may not know exactly how much danger: Are You Most People?

And while many people have said that “most people” would have jumped onto that ledge to retrieve their phone, others on Reddit have begged to differ.

It has to be noted that Jonathan was an avid skateboarder who was used to doing stunts.

A photo on his Facebook profile shows him with his skateboard: 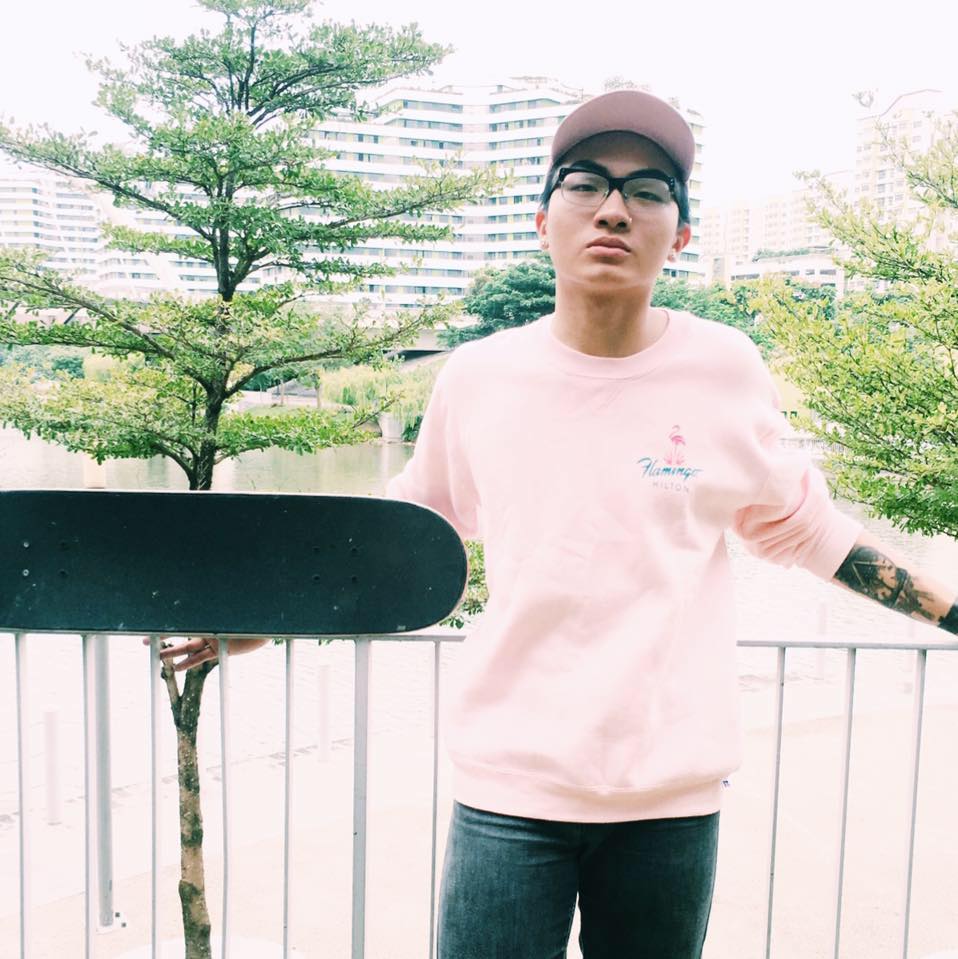 A skateboard buddy also posted a tribute to Jonathan on Facebook. Jonathan can be seen in it, cheering on the daredevil stunts:

Perhaps it’s not surprising then that he leaped over the railing instead of climbing over slowly to test the strength of the ledge first.

Though the ledge, if it was load-bearing, looks wide enough for an agile person to leap onto without falling off, the bottom line is it is still a risk — one that not everybody would take.

Would you leap onto this ledge if it was made of concrete? A poster on Reddit empathised with Jonathan as he came up with a likely scenario in his final minutes that some might be able to relate to — he might have been trying to impress the girl he was with:

In the video, Ruth appears to have been pointing her phone in his direction while he was jumping, confirming what she had said about them trying to take a Snapchat video.

These comments on Facebook sum up the viewpoints in the debate raging over this incident:

We think that it’s pointless to blame anybody now, as it can’t bring back the dead.

But we hope precautions can be taken to prevent such incidents from happening again.

We send our condolences to Jonathan’s family and friends in this difficult time.