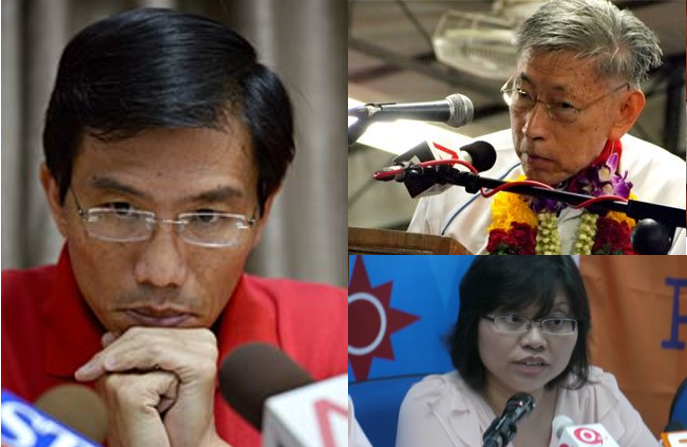 The Opposition parties needs to solve these issues

Last Thursday (23 July), we gave you 3 Opposition Parties That Made Smart Moves In The Last 4 Years, which might have led you to think we are a pro-opposition site.

As difficult as it may be to believe, we prefer to be a non-partisan news site. With that in mind, we cannot ignore mistakes that the same 3 opposition parties made within the same time frame.

These 3 parties may have their merits, but they certainly do have their flaws as well.

The Singapore Democratic Party (SDP) is currently led by Dr Chee Soon Juan, and is one of just four political parties that ever managed to send elected political representatives into the Singapore Parliament — Cheo Chai Chen, Ling How Doong, and Chiam See Tong were elected in 1991 at Nee Soon Central SMC, Bukit Gombak SMC and Potong Pasir SMC respectively.

Despite their impressive track record, the SDP made several mistakes since the last General Election in 2011.

Big lofty ideas that are not tested

Among all the parties presented in this article, the SDP is the only party that actually offers alternative policies on their website on various issues such as the healthcare, education, and ministerial salaries, among others.

The alternatives that the SDP offers are also relatively populist. Policies were largely designed with the aim to keep Singaporeans happy enough to back to SDP — however, in reality, populist policies are actually detrimental to countries and are largely unworkable in the long run.

Examples of populist alternative proposed by the SDP are policies such as providing free lunches in school, returning all the CPF monies to Singaporeans at retirement, and all public areas to be made available for people to assemble.

Links with the controversial figures

Despite redeveloping his image into a more positive one, Dr Chee however, just cannot seem to escape from controversies.

Dr Chee and the SDP have links with two highly controversial figures in Singapore.

The first is Roy Ngerng, the blogger who engaged Prime Minister Lee Hsien Loong in a boxing match, and then later cried.

Dr Chee’s had met with Ngerng and exchanged  ideas about political matters of Singapore.

Although there should be nothing wrong in having links with any controversial figure, it is unwise for Dr Chee, as a leader of a political party that is challenging for the parliament in Singapore, to have links with controversial characters — especially one who constantly and openly challenges the government.

The second is the infamous boy blogger Amos Yee, who may also be running out of antics to entertain us.

In court hearings, Amos suggested that his ideas were shaped by members from the SDP during their meetups.

As the result, Dr Chee and the SDP are actually indirectly linked with the antics and stunts that Ngerng and Amos have given us in recent months. 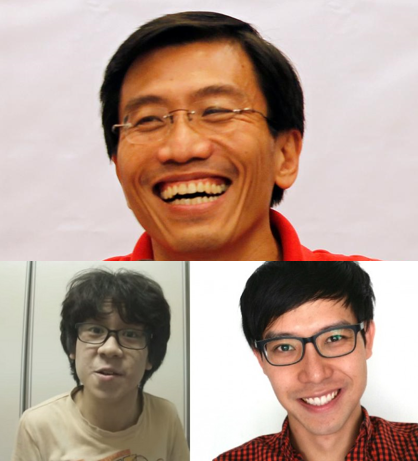 In the preparation for the coming General Election, the National Solidarity Party (NSP) is arguably the most active opposition party doing their walkabouts on the ground and interacting with residents.

However, several mistakes continues to hamper the party’s chances for a successful General Election, in spite of their active walkabouts.

Culture of political infighting within the party

Since the last General Election, the NSP had 4 different Secretary Generals —

During the 2011 General Election, Goh Meng Seng was the Secretary General of the NSP, he stepped down from the position in the same year after the General Election citing the desire for self reflection of his own personal goals.

Hazel Poa took over from Mr Goh, but left the position in 2013, citing health reasons.

The third succesor was Jeannette Chong-Aruldoss, who left the position and the party with Ravi Philemon earlier this January after they failed the challenge for the Presidency and Secretary-General position respectively.

Tan Lam Siong then took over Ms Chong-Aruldoss’ position of the NSP Secretary General, only to quit the party after less than six months into the post.

Currently, Ms Poa is back as the acting Secretary General for the NSP.

Although, Ms Poa was quick to deny about any party infighting in the NSP, pointing out that the top post in the NSP is actually the President — a position that Sebastian Teo has held since 2006. Nonetheless, a senior position in any party should not be experiencing such a musical chair scenario. 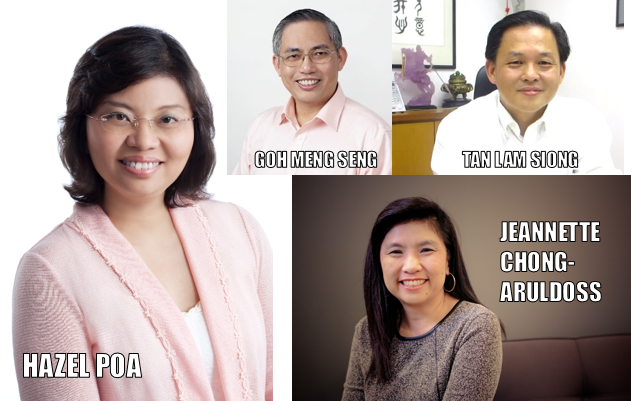 NSP is also guilty of failing to retain talents within the party.

Although the nucleus of the NSP has been retained, it is worrying for the NSP that party members are actually leaving because the party refuse to advance with times and is insistent on sticking to the old ways of doing things.

The Official Facebook page of the NSP reflects the party functioning as a community club more than a political party —  the page is full of updates about their walkabouts,

There are virtually zero posts on the party’s stand on hot button national issues.

This is a poor showing from a political party intending to take part in the coming General Election. Either the NSP has no opinions on national issues, or they are not tapping on the social media platform to communicate the party’s ideas with voters.

Either way, doing so is a big mistake for NSP going forward.

Lina Chiam is a Non-Constituency Member of Parliament (NCMP), who was inducted after her good showing in Potong Pasir SMC against PAP’s Sitoh Yih Pin.

Nonetheless, the SPP have much to work on if they wish to expand or even retain their presence in Parliament.

Absence of an Assistant Secretary-General

Loke Hoe Yeong was conferred the post of the Assistant Secretary-General of the Singapore People’s Party (SPP) last year (2014).

However, Mr Loke’s appearances at SPP walkabouts have been increasingly rare, according to SPP’s official Facebook page. The last photo of Mr Loke on a walkabout with the SPP is dated 29 September 2014.

All the recent photos of the SPP’s walkabouts consist largely of known faces such as Jeannette Chong-Aruldoss, Ravi Philemon, Lina Chiam, and Chiam See Tong. 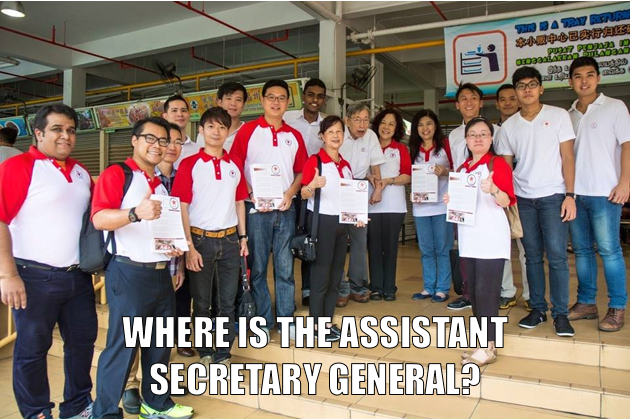 Unless the SPP does not have plans for their Assistant Secretary-General to contest in the coming General Elections, it is imperative that SPP get him walking the ground as soon as possible.

Apart from Mr Loke, who was unveiled as the Assistant Secretary-General, the SPP also unveiled two other young faces in the party’s Central Executive Committee (CEC).

The new faces were private tutor Arbind Tiwari and human resource consultant Adeline Chan, who took on the roles of the Assistant Treasurer and the Organising Secretary respectively.

Since then, the SPP has been keeping silent about the unveiled party members and other young party members regularly seen on SPP walkabouts clad in the party uniform. 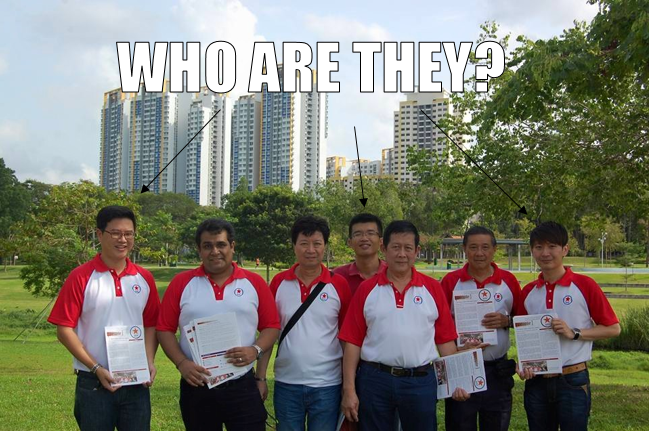 Thankfully, we’ve managed to CSI some information on Mr Loke and Ms Chan for our readers.

The decision of the SPP to keep mum on the the new faces of the party may be a mistake, since it is imperative for voters to know about potential candidates of the party not only through walkabouts.

Mistakes were made, ratification has to begin

The mistakes of these opposition parties will definitely take some shine off from these parties. However, if damage control were to begin as soon as possible, the prospects of being elected into the Parliament of these parties may not be that impossible after all.

After all, we are sure that both the in-house opposition and the ruling parties have definitely made some mistakes on their part in the last four years as well.