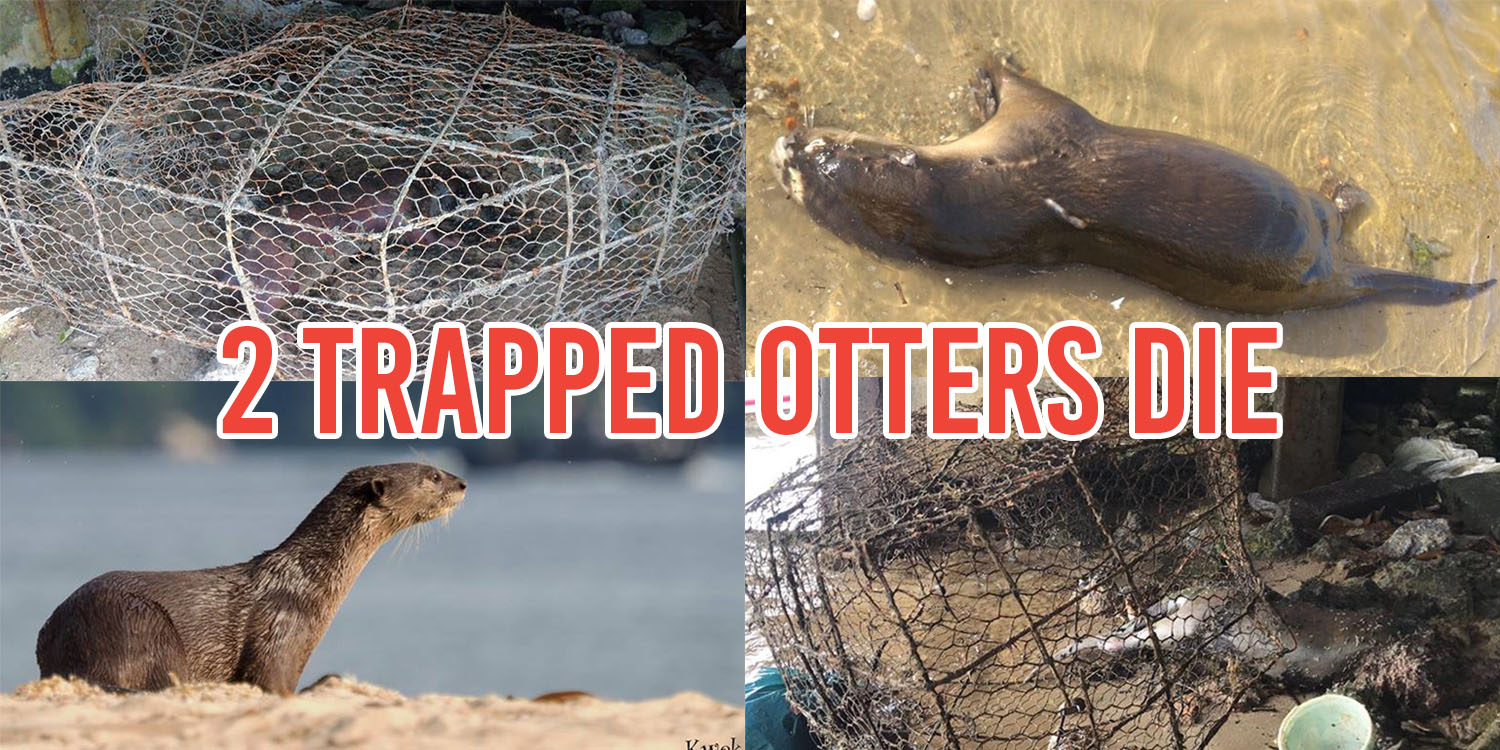 Two otters were found dead on Wednesday (25 April) at the boardwalk near the Changi Sailing Club.

According to OtterWatch, a nature group that closely monitors the activities of our local otter population, the dead otters were likely part of the Pasir Ris otter family.

Be warned that the following article contains photographs of the poor otters that may make for a difficult read, especially for animal lovers.

And a screenshot of the post, in case you can’t see it. 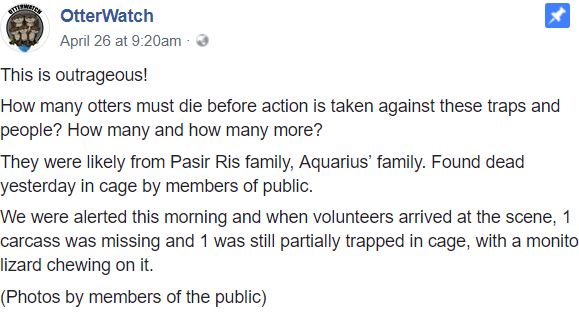 An employee of a sailing boat company first spotted the dead otters – one was inside the cage while the other was on the beach in the water.

He alerted the owner of the company, Mr Scott McCook.

The next day, Mr McCook came across members of OtterWatch along Changi Beach.

By the time OtterWatch members were led to the cage, one carcass had drifted off. 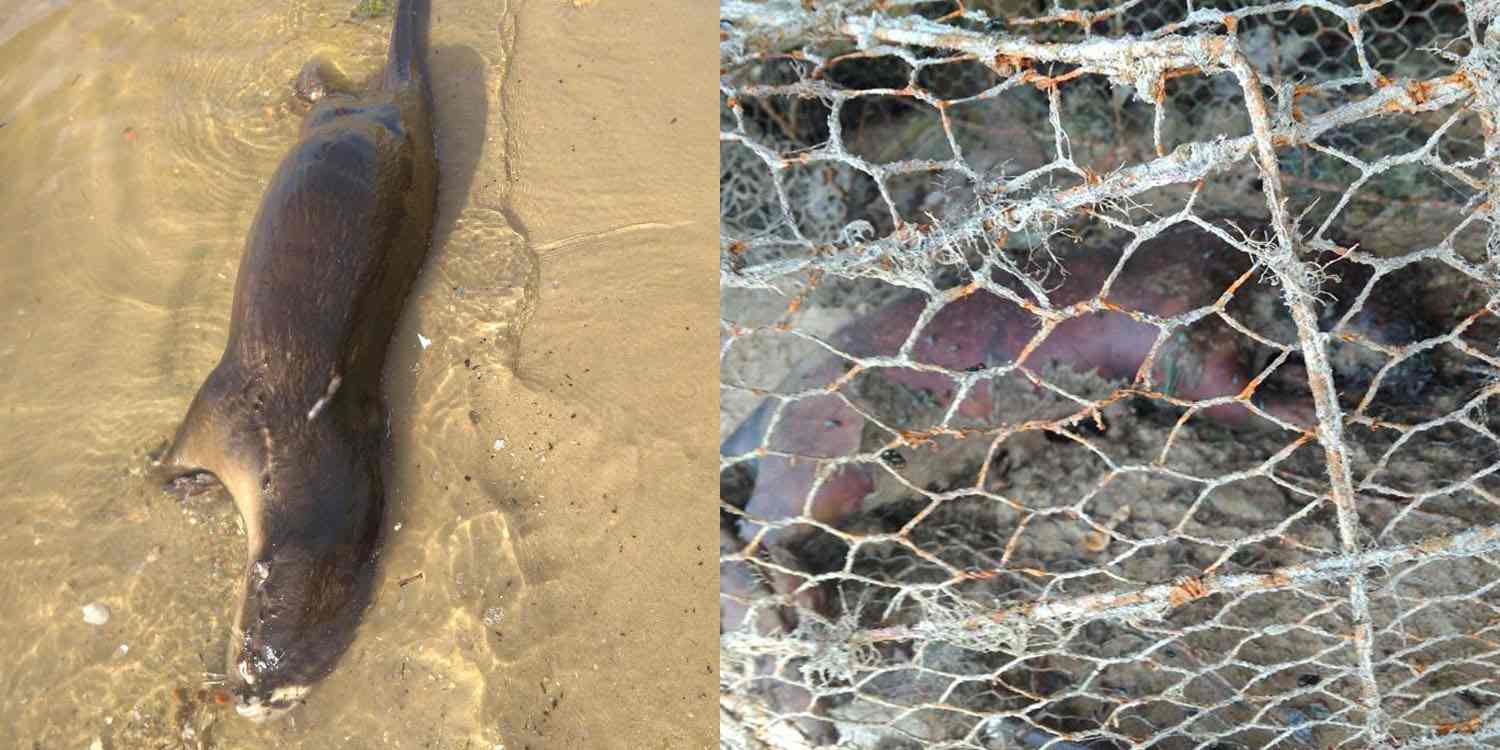 The carcass was more grisly.

Monitor lizard was chased away

We saw a lot of maggots on the head of the otter. In fact there [was] a big monitor lizard biting at this dead otter.

We managed to chase the monitor lizard away. The head of the otter was almost gone, the body and legs were all swollen. 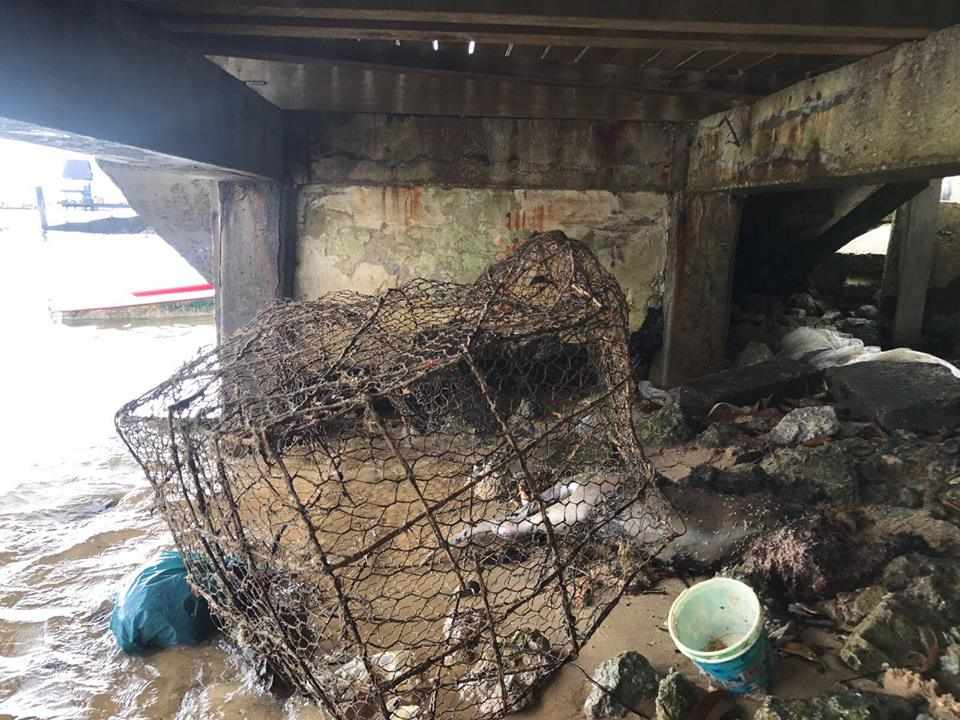 The incident stoked anger among conservationists and animal lovers.

There has been some unhappiness about the use of cages to trap wildlife.

Many people think that all traps are illegal, and clamoring for greater law enforcement.

Contrary to popular belief, some traps are legal.

They are deployed legally by commercial fish farm operators.

But traps that are later abandoned by fish farms also become wildlife hazards.

Not all comments are about blatantly frayed nerves.

Some comments have also been constructive in educating the public and seeking responsible trapping solutions.

The exchange below between a fish farm operator and OtterWatch shows that a balance between trapping and caring for wildlife can be struck. 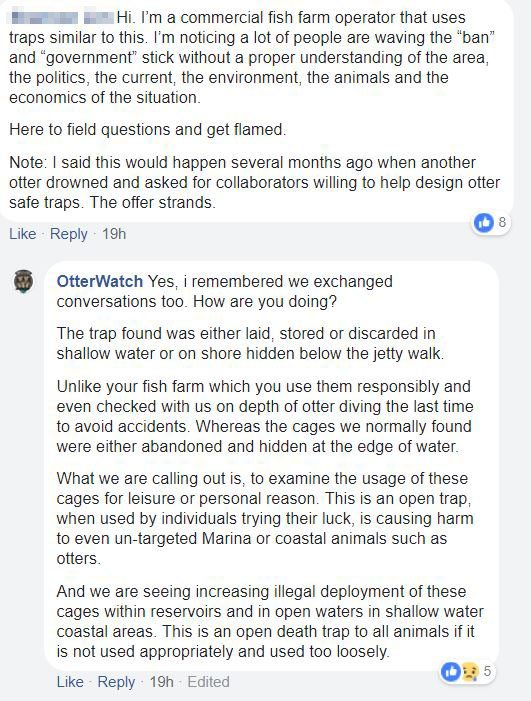 A need for change remains

While re-sharing Channel NewsAsia’s coverage on the matter.

They said that “what goes around comes around”.

Furthermore, people must choose between being responsible for our environment and “tak[ing], rap[ing] and trash[ing] everything Mother Nature provides”. 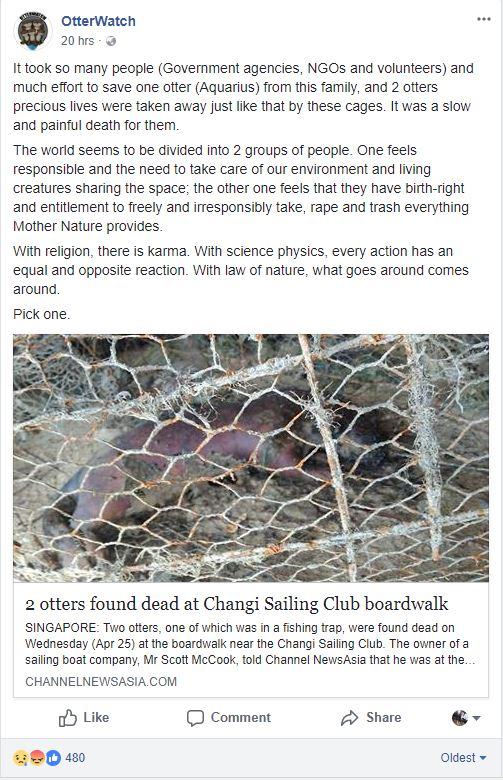 The sad incident is a clear reminder that we need to give more thought to the environment.

Especially for the deadly consequences of leaving fishing traps unattended to our beloved otter families.

As we mourn the death of these two otters, we hope that the costly lessons learnt from this incident will pave the way for changes to come.