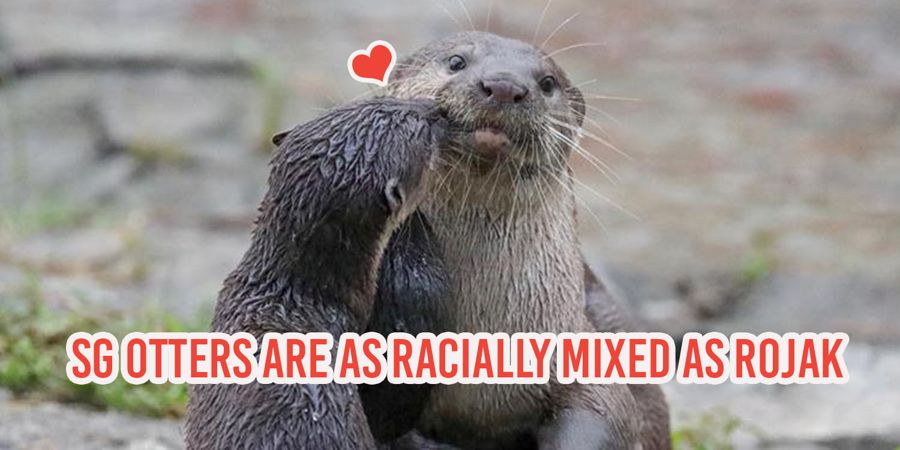 Otters In Singapore Are Descendants Of Two Different Species

Throw a stone at a group of Singaporeans and you’re likely to hit someone who’s racially ambiguous or – as we like to call ourselves – ‘mixed’.

A multicultural society will eventually produce multicultural offspring, after all. Singapore’s beloved otter families are no exception to this rule.

Turns out, our otters are indeed hybrids of two species, according to a recent NUS study published by The Straits Times on Thursday (11 Jan).

Female otters settle for what they can find

A likely theory on why Singaporean otters are hybrids is that females of small-clawed otters are unable to find mates of their own species.

As a result, the females are forced to settle for males from the smooth-coated species. Bummer.

Hopefully our girlfriends in Singapore didn’t just settle for us too.

Our otters are also experts in long-distance relationships.

Small-clawed otters originate from islands around Singapore like Pulau Tekong and Pulau Ubin.

On the other hand, smooth-coated otters usually hail from mainland Singapore.

Of course, we’re pretty happy at least one otter couple chose to BTO in our swanky Gardens by the Bay estate.

Researchers scour through poop for answers

Although otters in Singapore are hybrids, they still pretty much look the same as regular otters — which did baffle researchers at first.

Ms Meryl Theng, a research assistant from NUS, told The Straits Times that researchers were initially confused at the results obtained from dung and skin samples:

We questioned what could have gone wrong. Was spraint (dung) from the wrong species collected? Was there contamination of small-clawed otter DNA?

Only after multiple rounds of verification did Ms Theng and her team realise that they had discovered something groundbreaking.

The – yet to be named – hybrid otters curiously did not appear to be a blend between the two species.

In fact, hybrid otters continued to breed with smooth-coated otters through many generations.

Causing the typical Singaporean otters we see now, to only carry the hybrid genes, but not appear like them at all.

Otters mean a lot to Singaporeans

Because otters are the only real ‘wildlife’ other than birds in Singapore, the arguably cuter otters have naturally swum into the hearts of many Singaporeans.

Simply seeing them paddling along our streams or sunbathing in our parks never fails to make our day.

Regardless of their “race”, language or religion, we’re sure Singaporeans will continue to love them.

Now, shouldn’t we as hoo-mans apply this principle to our fellow Singaporeans too?

At least this ott-thor thinks so. He would also like to apologise for the ott-standing otter puns. 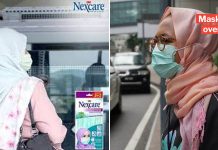 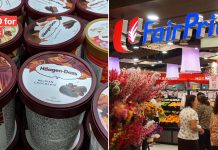