Most Over-hyped Food In Singapore

Singapore is well-known to be a foodie’s paradise, and along with that come food outlets with inflated reputations that sometimes do not deliver. A redditor has noticed this phenomenon, and posed the following question: What do you think is the most overrated food or eating place in Singapore, and why?

We collect the 10 best answers and 2 of our own from suggestions, presented in no particular order. 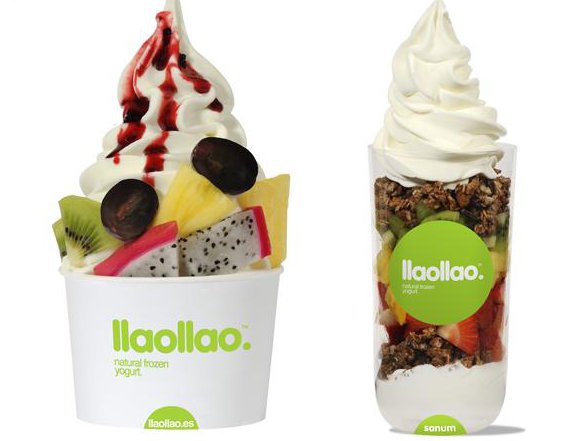 Everybody’s new favourite fro-yo place has sprouted all around the island like a particularly persistent mould. The Spanish franchise features a plethora of fruits and sauces, all ready to be lathered upon cups of plain frozen yogurt. Some people even eat it for actual meals. The long queues go on right up till closing time. All the bells and whistles have however failed to convince skeptical Singaporeans.

By the way, the chain is named after an Argentinian resort, and is pronounced “yao yao”. Because Spanish. 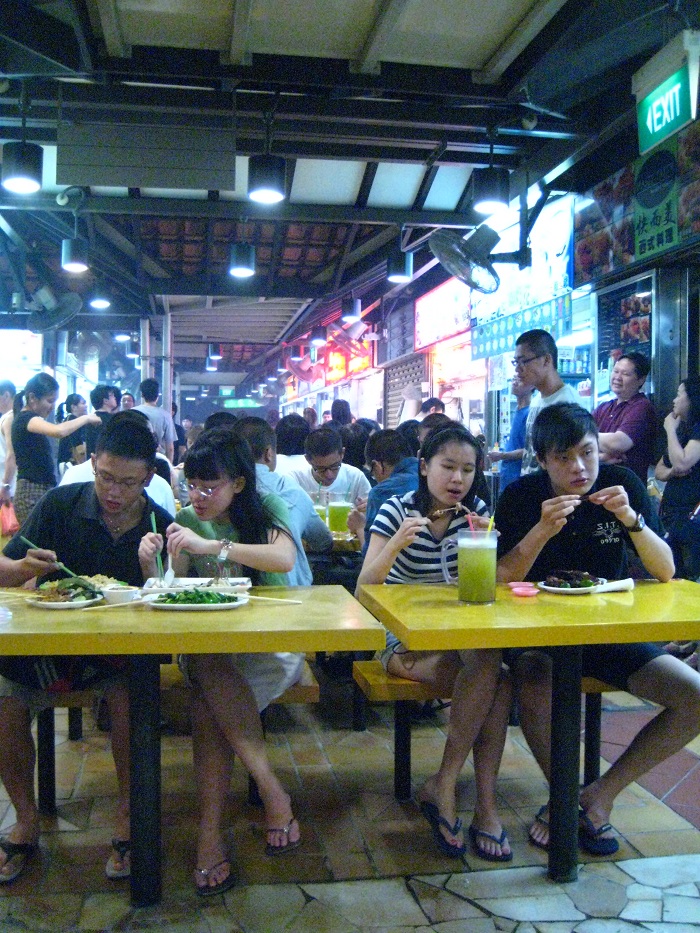 With a pain-in-the-butt to get to location and severely limited range of food stalls (several stalls sell the same stuff: hokkien mee, barbecued chicken wings, wonton mee, grilled seafood), the hawker centre at Serangoon Gardens seems to be living on its reputation.

It’s reputation seems to be enough for to live on, mind you, as evidenced by the bustling crowd and incessant queues come dinnertime.

45-minute waits are customary, while the smoky post-meal aroma is complimentary. 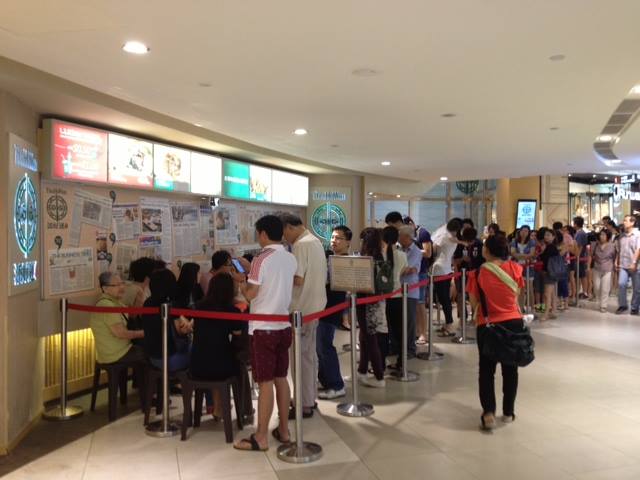 Anybody remember the ridiculous queues that greeted the Hong Kong chain’s opening last year? Much of the original hype stemmed from its Michelin star-winning dim sum at affordable prices. The crowds dissipated with the opening of 4 other branches (apparently there are more branches here in Singapore than in Hong Kong), including the latest 24-hour store at Aperia Mall in Lavender.

Most complaints have to do with Tim Ho Wan’s exorbitant pricing:

But at least one thing on the menu’s good. 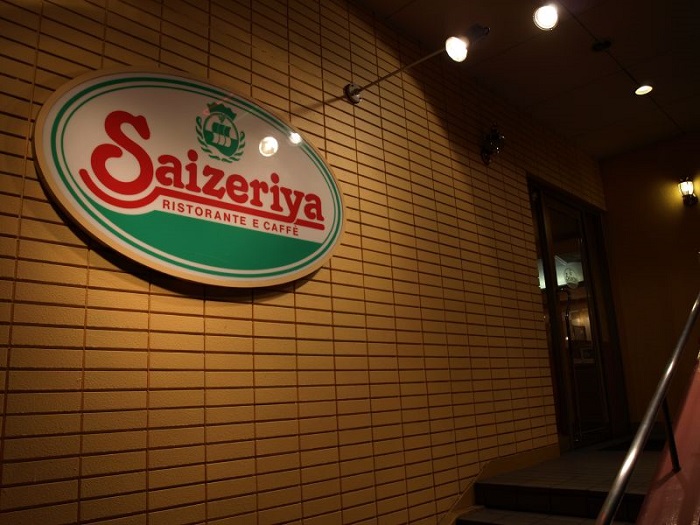 The Japanese chain that serves budget Italian food currently attracts a fairly loyal student following with its affordable offerings. Mostly found in heartland malls, Saizeriya also offers a free flow drink option with any meal. However, the food seems to be largely underwhelming. Their market share seems to be broke kids who want to eat some western and can’t really be bothered about quality. One the few “Chinese style” nasi lemaks around is also unfortunately one of the most expensive. The original stall is now along Tanjong Katong Road, with two other branches, one along Upper Serangoon Road and the other new air-conditioned outlet along Jalan Besar just opposite where Lavender Food Centre used to stand.

The portions have shrunk over the years, and the bowl receptacle used to serve rice on a plate seems to have had its top half chopped off, resulting in only half a bowl of rice per portion. There are also brickbats about the quality of food: 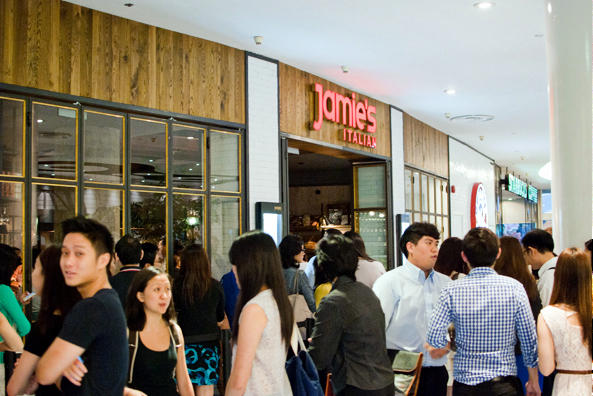 If British celebrity chef Gordon Ramsay is a cigar-chewing, foul-mouthed bad cop, Jamie Oliver would be his kind-natured partner who offers coffee and turns that nasty table lamp away from your face. Of course, Jamie is also less likely to get results. Which seems to be the case here at his Italian restaurant located at VivoCity, creatively named Jamie’s Italian.

Sorry Jamie, but seems like not everyone likes a nice guy. 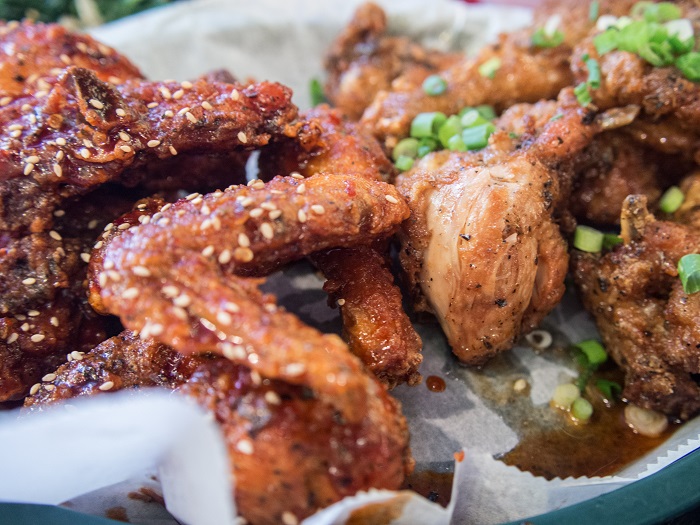 K-Pop has been catching on for a while now, and a natural side-effect of its influence is that Korean food is bound to gain followers as well. While Korean food is popular here, Korean-style fried chicken has some detractors.

One person was more specific than any other.

Technically, there are two major prata joints along Jalan Kayu: Thasevi, and Thohirah Restaurant. However, you’d be better off not making the trip down and just getting some at the nearest neighbourhood prata shop.

Good to know that the area once known for its good prata and inefficient parking is now still known for at least one of two above things.

Its the inefficient parking, guys.

Not the good prata. 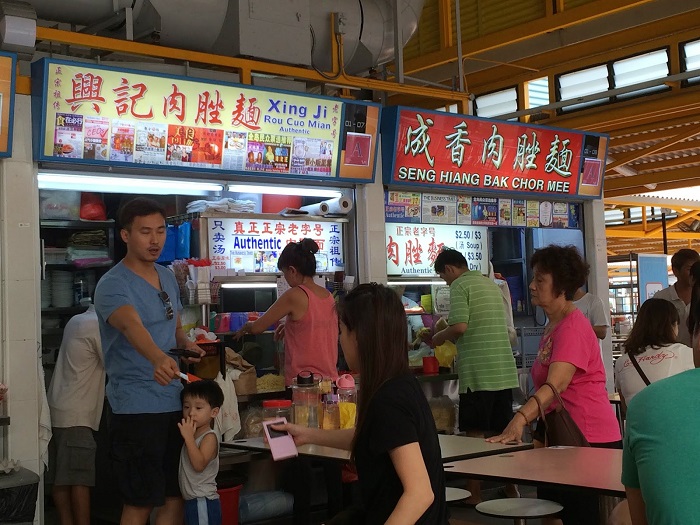 There are not one, but three different bak chor mee stalls within Fengshan Market, colloquially known by its address, Bedok 85. The bak chor mee’s here are unlike most, in that their versions are soup-based, while the same dish almost everywhere else on the island is served typically dry. The two more popular stalls are located within sight of each other, so in case you can’t decide which one to patronise, just order from both! Serving sizes are small anyway. Remember the insane hype when Krispy Kreme first came to Singapore? I’m sure we all know a friend or heard of someone who brought these doughnuts back from Australia. Today, the store looks exactly the same as the day it opened. Minus the people. Guess they figured $2.90 for a doughnut is not for intelligent people. Then they all went to J.CO where they cost less than half the price. 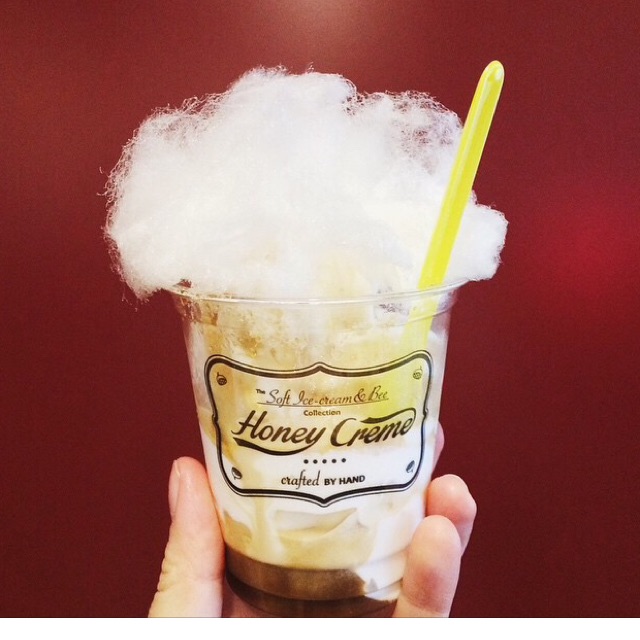 Cashing in on the Korean wave is Honey Creme, a “famous” Korean styled soft serve ice-cream that actually originated from Taiwan. Apart from looking very photogenic, it did manage to find fame here too – for being overpriced and overrated. No, I am not paying $5.90 for ice-cream with cotton candy and I’m not going to waste 30 minutes of my life queuing up. 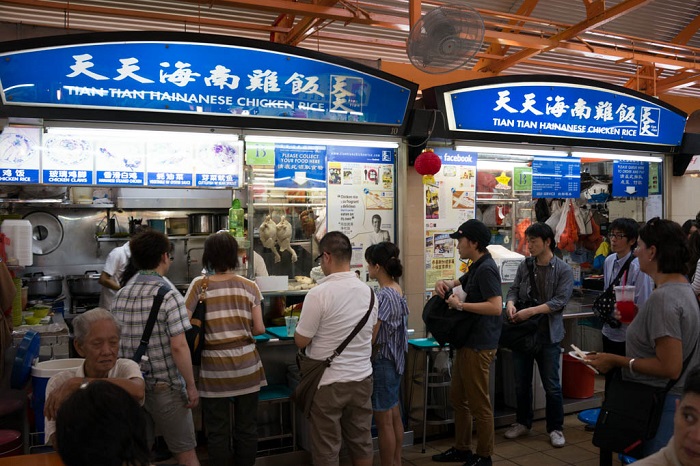 We’re saving the best example of a stall living off reputation for the last. Tian Tian is probably Singapore’s most famous chicken rice brand, second to only Boon Tong Kee. However, most people do not know the true story behind it. The previous head chef of Tian Tian was called Ah Tai. If it was anyone  who responsible for making it famous, it probably was him. He served for 20 years until he had a fallout with the owner’s daughter who took over the business in 2010. He was sacked so in true vindictive fashion, he opened a stall just two doors down and under-cut Tian Tian by selling his chicken rice at just $2.50.

But most people don’t know the story. They see got queue, so they queue lor. And that’s why the queues are far longer at Tian Tian. All due to reputation, helped tremendously by the Gordon Ramsay Singtel campaign that was held recently.

The sad truth is today, the chicken rice at Tian Tian is being served by the chef that replaced Ah Tai. And Ah Tai’s chicken rice tastes very similar to Tian Tian’s. Most regulars would even say it’s the original Tian Tian version. It’s cheaper and has a much short queue but unfortunately it does not have the same reputation.

A matter of reputation, not quality

A cursory read-through of the thread suggests that most overrated places appear to be thriving on reputation, rather than actual quality. Increased prices also seems to be a common complaint. If nothing else, this should serve as a reminder that while initial quality is important to attract customers in the first place, consistency is much harder to achieve.