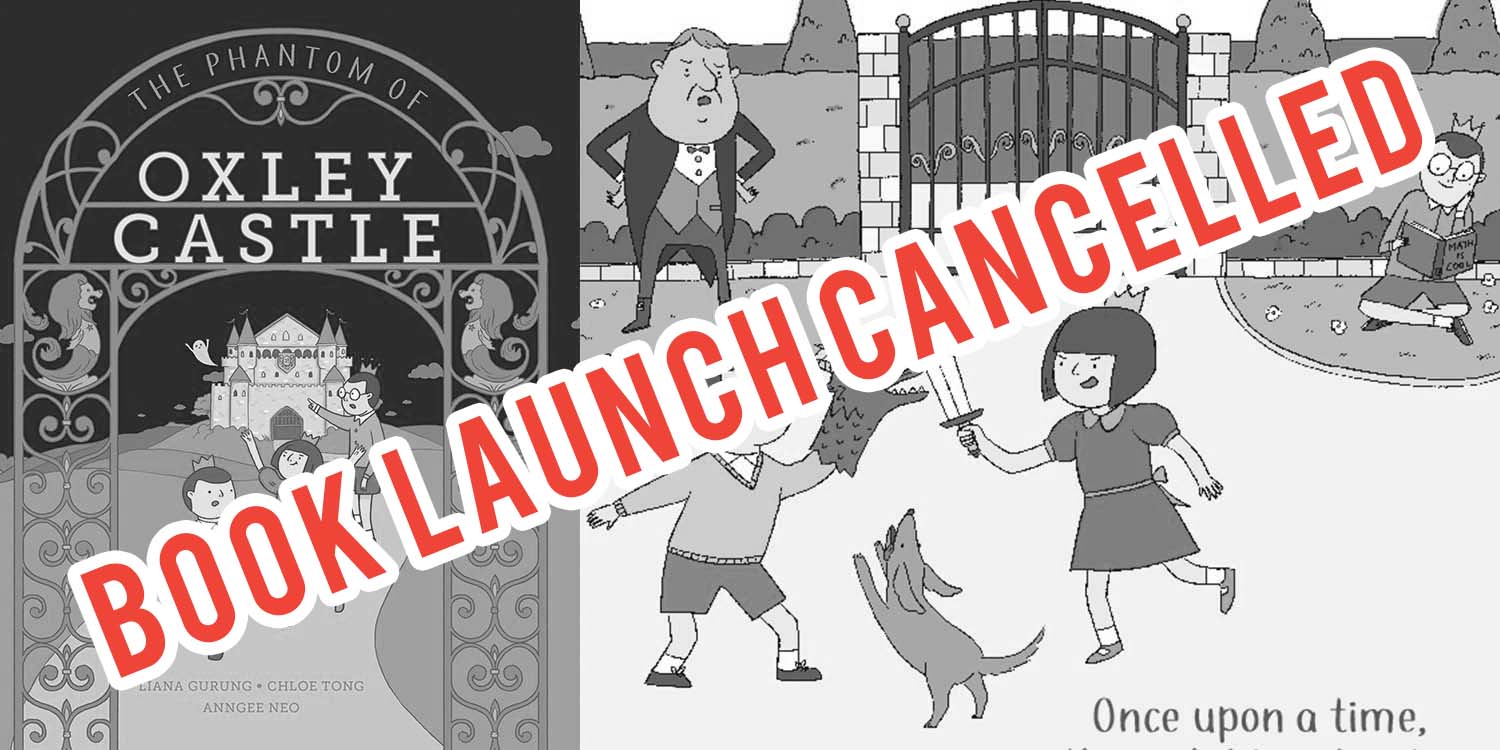 Epigram Books Confirm They Have Not Received Anything From The PMO

[UPDATE: 13 Nov 4.50pm] Epigram Books has confirmed in a press release that they cancelled the book launch. They have also clarified that the decision to cancel the book launch was initiated by the company and not The Arts House. The publishing company has announced that they have not yet received any letter from the PMO. However, it has sought legal advice regarding the publishing of the book. In addition, MustShareNews was offered a complimentary copy of the book, but the offer has since been retracted, with Epigram given “legal advice not to distribute the book as of now”.

The title of this article was previously “The Arts House And Epigram Books Blame Each Other For Cancellation Of ‘The Phantom Of Oxley Castle’ Book Launch”, and is presented ad verbatim below.

When MustShareNews first broke the news that Epigram Books was launching a children’s picture book that might remind you about the Oxley Road Saga, we weren’t expecting that the book would cause a saga of its own.

In a Facebook post on 12 Nov, The Online Citizen revealed that local publisher Epigram Books was facing action from the Prime Minister’s Office, prior to the release of its new book: The Phantom Of Oxley Castle.

TOC later edited its status, and clarified that Epigram would not be sued, but they would simply be “expect[ing] a letter” instead.

It seems that the threat is real, given the book’s launch, slated for 18 Nov, has now been cancelled. While this probably has fans up in protest, neither Epigram Books nor The Arts House has revealed the true reasons for the cancellation.

The launch of The Phantom of Oxley Castle was initially slated to be released at The Arts House on 18 Nov. However, it seems that publisher Epigram Books will have to find another venue after the book launch was cancelled.

The true reason for the event’s cancellation remains shrouded, as both Epigram Books and The Arts House put the blame on each other.

Epigram Books chief executive Edmund Wee told Straits Times that The Arts House had informed him that they “did not want the book launch to take place on its premises”. The chief executive shared that the venue operator, which is under the National Arts Council, gave him a reason for their collaborative u-turn. However, he refused to divulge the reason to the mainstream media.

The Arts House remained equally coy, telling ST that “the final decision to cancel or postpone the event was made by Epigram Books”.

We sought to get a definitive answer from Epigram Books but a spokesperson could only reveal that the book launch has been “cancelled and postponed to another date”, though the venue and date have yet to be finalised.

Is there a phantom lurking behind the failure?

Given the murkiness of the matter, we at MustShareNews can only speculate as to why the plug was pulled on the event.

The Online Citizen shared that although no action has been taken by the PMO, the affected individuals were told to “expect something to arrive on Monday”. When quizzed about what this statement could possibly entail, the Epigram spokesperson told us that they “were clueless as [they] have received nothing (from the PMO) as of now”. However, sales of the books are expected to go ahead as planned.

If action is indeed taken by the PMO, this would not be the first time that a publishing house is being made to pay, literally, by government officials.

While we are unable to confirm anything, we can safely say that a shadow looms over the publishing house and its latest fairytale.

Will there be a happily-ever-after ending for this saga? Well, stay tuned to find out.