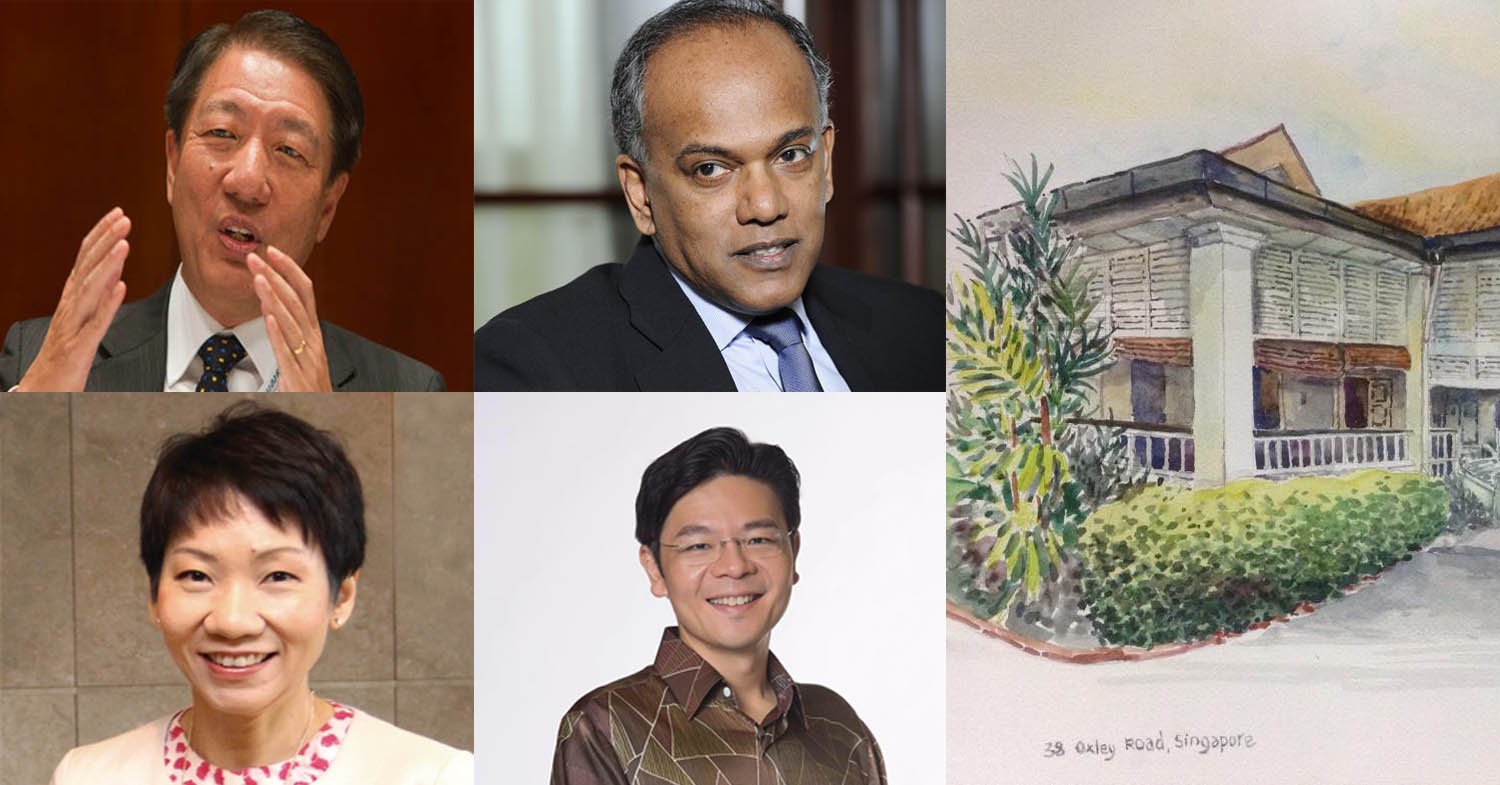 The Ministerial Committee on 38 Oxley Road

It has been 5 days since Dr Lee Wei Ling and Mr Lee Hsien Yang first published their joint press release making damning accusations against their elder brother Prime Minister Lee Hsien Loong — and sensational developments have still been popping up one after another .

This long-standing saga only promises to get more confusing, so keep up to date with our timeline of events here for a clearer idea of what exactly is going on.

One of the several key issues the Lee sibling duo raised was the formation of the Ministerial Committee (MinComm) in the wake of Mr Lee Kuan Yew’s death. The MinComm was first brought to the public’s attention in the initial press release by the siblings.

Siblings Claim It Was A Secret Committee

In their Facebook posts after their initial statement, Dr LWL and LHY were adamant that the MinComm was a secretive affair.

Dr LWL first highlighted the MinComm as ‘secret’ on her personal Facebook page on Thursday (June 15):

LHY then chipped it with his own views on his page the next day:

They felt it was secretive because:

DPM Teo Claims There Was Nothing Secret

In response to these allegations, the Prime Minister’s Office released a statement by Deputy Prime Minister Teo Chee Hean on Saturday (17 June).

DPM Teo believes that this committee was not secretive:

“I set up a Ministerial Committee to consider the options for 38 Oxley Road and the implications of these options.

There is nothing “secret” about this committee. It is a committee like numerous other committees that Cabinet may set up from time to time to consider specific issues.”

LHY hit back the next day and suggested that DPM Teo needed a refresher on what the word ‘secret’ means:

The post was accompanied by an image which insinuated that the apparent secret committee — which according to DPM Teo was “to get a clearer sense of Mr. Lee’s thinking on the house” — had forgotten about LKY’s decision regarding 38 Oxley Road.

So Was The Committee Secretive Or Not?

According to Oxford Dictionaries, here’s the definition of the word:

Based on the definition, it is arguable whether the Ministerial Committee set up by DPM Teo is indeed secret.

What is, however, undeniable, is that in the younger Lees’ joint statement, they were made aware of the MinComm by Minister Lawrence Wong.  He made it known that it was set up to “consider options with respect to 38 Oxley Road and their implications.”

So let’s explore this secretive issue by arguing both sides.

Perspective 1: YES, It Is Secretive

The above definition of ‘secret’ states:

“Something that is kept or meant to be kept unknown or unseen by others.”

The main reason Dr LWL and LHY have started calling the MinComm a “secret committee” is that they were denied information on the committee’s members despite – allegedly – asking for it for almost a year.

Only recently were the members of the MinComm revealed in the statement made by DPM Teo.

But bear in mind that this only came to light amidst all the hullabaloo.

Apart from himself, there were 3 other full Ministers on the committee, picked for their area of responsibilities in heritage, land issues, and urban planning:

Having read DPM Teo Chee Hean’s statement duly, we still do not know the full composition of the committee. And it is a strange departure from the way the last committee was announced by the PMO.

The last major committee we could find appears to be the Ministerial Salaries Committee, set up in 2011 to evaluate the pay of ministers. However, this was extremely transparent and members of the committee were made known to the public in a statement here.

Perspective 2: No, It Is Not Secretive

K Shanmugam, who is part of the MinComm, took to Facebook to confirm that it is standard procedure that Cabinet Committees are set up on various issues — with the anonymity of members upheld.

Given how rarely the spotlight shines on Ministerial Committees in Singapore and how the government’s decision-making processes are infamously opaque, perhaps the formation of this MinComm is par for the course. It also be argued that since the siblings were informed that it was set up, the committee itself was not a secret. It was only the composition of their members was.

What Do You Think?

Committee chair DPM Teo stated there was ‘Nothing secret’ about Ministerial Committee.

You have to one-click vote to see the answers of the poll.