If you remember, the Workers’ Party run Aljunied-Hougang-Punggol East Town Council (AHPETC) recently came under fire for audit irregularities and charges of conflict of interest. So our dear Mr Lye decided that something had to be done about that.

Along with a team of activists, he went door-to-door to distribute flyers informing residents about the AHPETC issue. Lye stated that these flyers were “facts of the matter”.

Now we’re not discrediting the very noble intention of Lye and his team to bring greater awareness of this issue to the Aljunied residents. But was what Victor Lye and team did legal?

We take a journey back seven years ago to 2008. Five or more members of the Singapore Democratic Party (SDP) had then distributed flyers without a permit and hence, contravened Rule 5 of the Miscellaneous Offences (Public Order & Nuisance) (Assemblies & Processions) Act…

…and got slapped with a one-week jail sentence. They were found guilty on two points: the first being that they had no permit even though five or more people were involved, and the second being that the flyers contained information in “opposition to the actions of the Government”.

Ms Chee Siok Chin was one of those found guilty:

The similarities between the two cases raise some questions. With regards to the first charge of needing a permit, Victor Lye’s selfie clearly show more than five people present. One old man is partially hidden, so you might need to squint a little harder to count seven people in total.

Did they have the necessary permit?

On the second charge of distributing flyers that opposed the actions of the government, the two cases are also similar. The flyer that resulted in jail terms for the SDP members read:

Compare it to the contents of the PAP flyer. 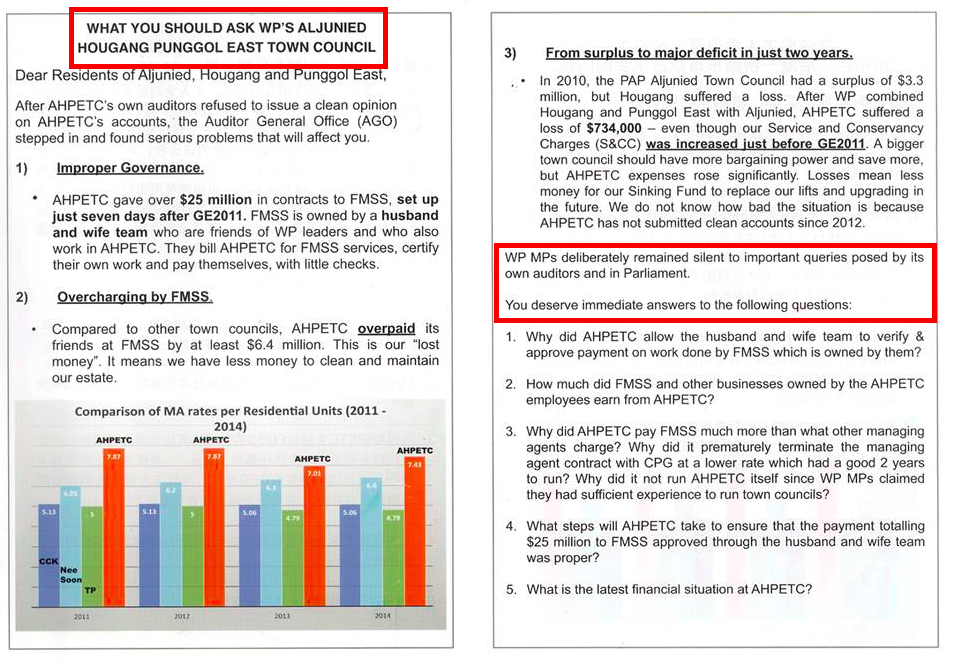 The reactions from the public

Kenneth Jeyaretnam is the leader of opposition political party the Reform Party. As of now, Victor Lye has yet to reply.

From just a brief glance of the comments on Victor Lye’s post, the negativity of the general sentiment is painfully obvious. One netizen even asked the PAP to “fix ur [your] own issues first before barking at others”.

In the meantime, why waste the precious paper the flyers were printed on? 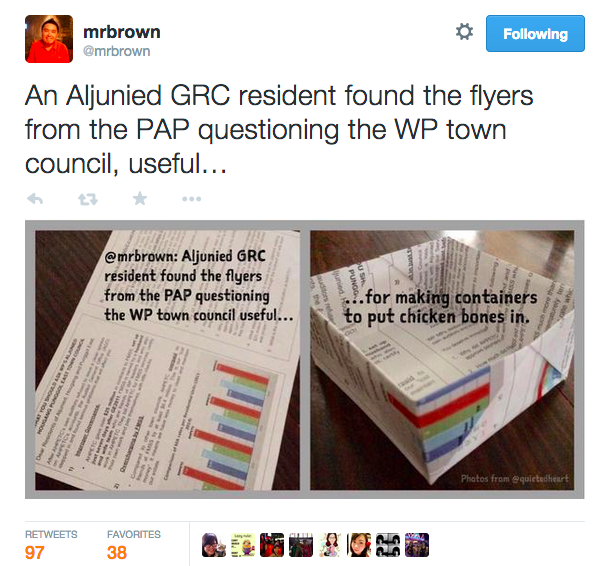 Is what Victor Lye doing at Aljunied cool?