On Wednesday (Feb 8), the Attorney-General’s Chambers (AGC) revealed to Channel NewsAsia that it received 400 letters in 2017 from MPs about their residents’ legal woes.

That’s more than one letter a day.

The issue of MPs appealing to the Courts on behalf of their constituents came to light after the case of Sengkang West MP Dr Lam Pin Min’s appeal for his resident, Ms Tang Ling Lee.

Ms Tang was involved in an accident that injured a fellow motorist and sought Dr Lam’s help to reduce her initial sentence of a week in jail and a two-year driving ban.

That bid was struck down in the High Court on 25 January.

Following her failed appeal, the judge presiding over the case spoke out against Ms Tang’s actions.

Justice See Kee Oon observed that it was “somewhat troubling” that Ms Tang had sought to “downplay her culpability” through Dr Lam, her MP.

Given the number of letters that AGC receives, we thought it would be good to understand how MPs were told to deal with such cases.

We relied on the PAP’s “longstanding internal protocol”, shared by party Whip and Minister in the Prime Minister’s Office Mr Chan Chun Sing to The Straits Times (ST).

There may be a protocol, but as Mr Chan pointed out, there are”no specific governing rules”.

We’ve reproduced the party’s “longstanding internal protocol” below and underlined the parts we find may have led to the latest issue: 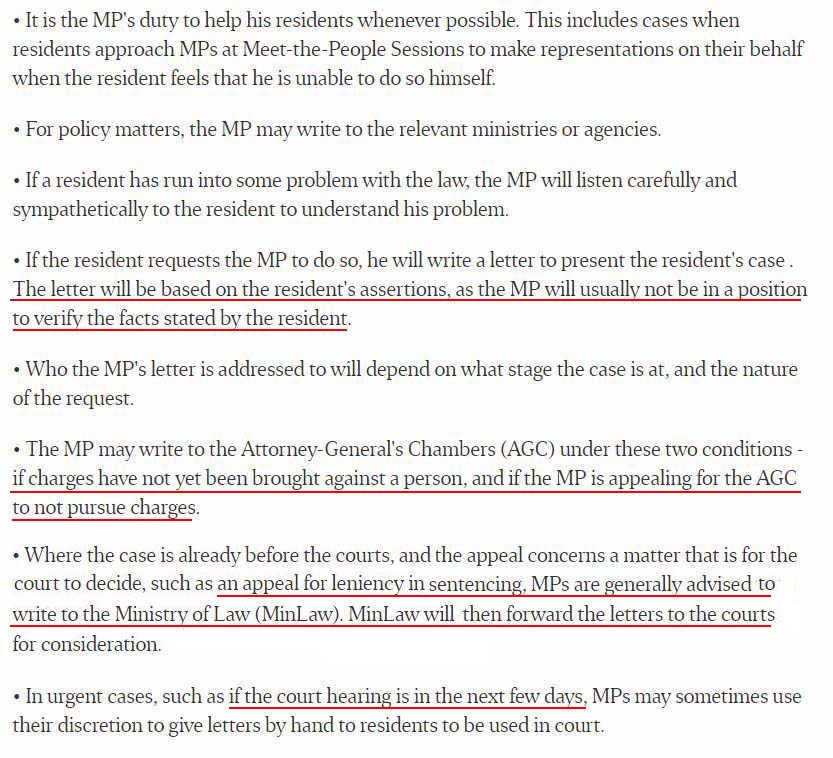 1. Can facts be verified?

…the MP will usually not be in a position to verify the facts stated by the resident.

Ms Tang may have undermined Dr Lam’s trust by conveying misinformation, in order to present her case in a better light. Thankfully, Justice See seems to have seen right through her intentions.

The MP may write to the Attorney-General’s Chambers (AGC) under these two conditions – if charges have not yet been brought against a person, and if the MP is appealing for the AGC to not pursue charges.

Dr Lam wrote a letter to the Court to appeal to reduce Ms Tang’s charges, according to ST.

But that’s already different from the two conditions set out by the PAP. PAP’s protocol entails that letters to the AGC may be written: prior to being charged or to have the charges dropped.

Not for a more lenient sentencing for someone already charged and convicted.

Where the case … concerns a matter that is for the court to decide, such as an appeal for leniency in sentencing, MPs are generally advised to write to the Ministry of Law (MinLaw). MinLaw will then forward the letters to the courts for consideration.

As the aim was to obtain a reduced sentence for Ms Tang, Dr Lam’s letter should have been addressed to MinLaw instead.

4. Was time of the essence?

In urgent cases, such as if the court hearing is in the next few days, MPs may sometimes use their discretion to give letters by hand to residents to be used in court.

Dr Lam handed Ms Tang her appeal letter two weeks before her hearing, begging the question of what the “next few days” entails.

Does a fortnight fall under that definition? It’s a bit of a stretch, to say the least.

Now that the case is closed and the appeal dismissed, only one question remains.

Why does the PAP, which serves most of the population, have no “specific governing rules” laid out for writing appeal letters to the Courts?

To avoid a repeat of Ms Tang’s case, perhaps the party should consider making the “longstanding internal protocol” an established framework for its MPs to follow.

In all fairness, perhaps this is also something the Opposition should do, if it hasn’t already.

Such frameworks could possibly reduce the number of MP letters that the AGC has to sift through every year. 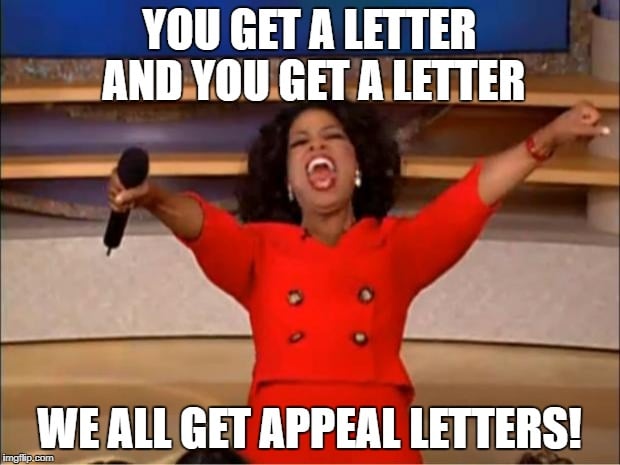