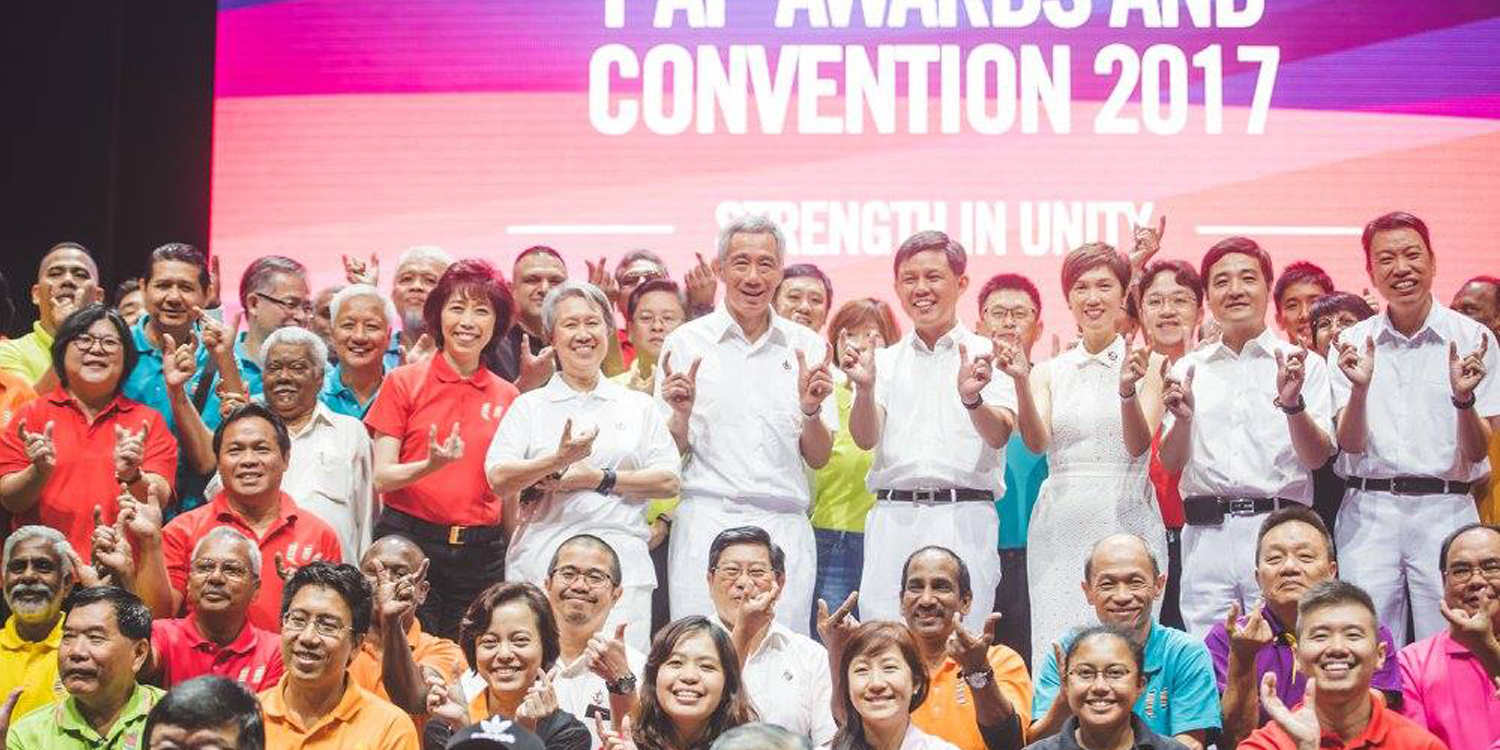 He also talked about how taxes are expected to rise and that Singaporeans should trust that the People’s Action Party (PAP) is working to improve their lives. 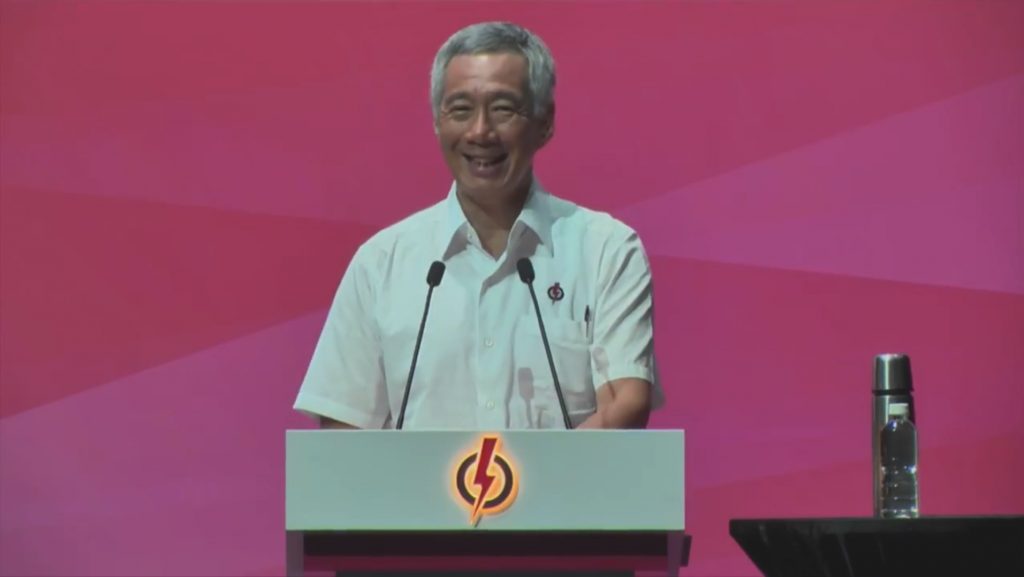 All this and more which were discussed during the PAP’s Convention on Sunday (19 Nov) at Big Box in Jurong.

The entirety of his speech can be viewed here but as usual, we here at MustShareNews have looked through it to bring you a summary of what he said.

1. Jurong to be Singapore’s second CBD

Before we get to more “controversial” topics such as taxes and the MRT disruptions, let’s take a look at the positive ones first — otherwise just skip to point 5.

Let’s talk about the future of Singapore’s infrastructure.

In addition to MRT lines such as the Thomson-East Coast, Cross Island and Jurong Region Line, one other major infrastructure investment includes the High Speed Rail to Kuala Lumpur. 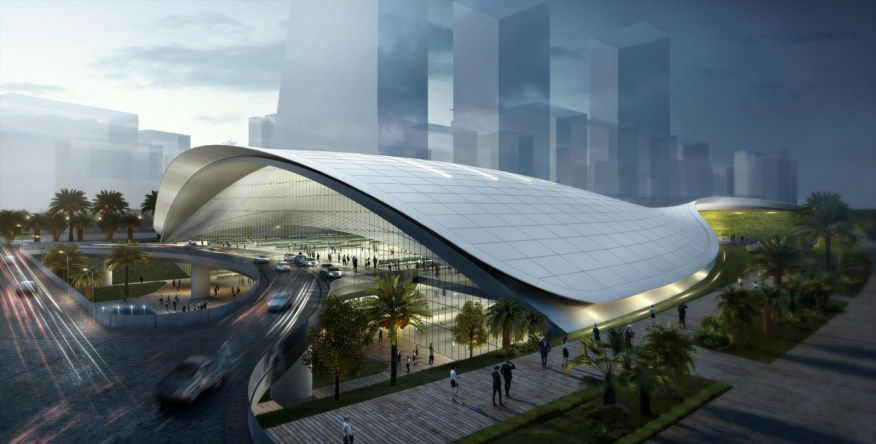 Of which Jurong will host its Terminus.

Because of this, the New Jurong Lake District – set to become the largest commercial and regional centre outside Singapore’s city centre – will be built around it.

[Jurong] will become the second CBD, a gateway to Singapore.

Air and sea ports such as Changi’s Terminal 5 and a mega port at Tuas will also be built to ensure Singapore’s connectivity to the rest of the world.

Remember when you used to make fun of Jurong as a an ulu place with nothing to do? Look who’s laughing now.

According to PM Lee, Singapore’s economy is looking up thanks to the world economy doing well.

Furthermore, it seems that the growth was actually even better than expected.

We initially expected 1.5% growth this year, then we revised it up to 2-3%. Now it looks like we may exceed 3% growth!

With unemployment rate remaining low and wages going up, companies and employees alike must keep upgrading themselves in order to sustain this growth.

The Government has even come up with three strategies to take care of their workers:

Fresh graduates take note — next time you’re struggling to get a job, make sure your reason isn’t “economy no good la“.

3. Singapore is actually quite sociable

Previously in his interview with CNBC, PM Lee expressed hope in the “Lion City living peacefully side by side with the Giant Eagle and Dragon”.

Having visited both countries recently, he reiterated that Singapore’s relations with the two big powers are in good order. 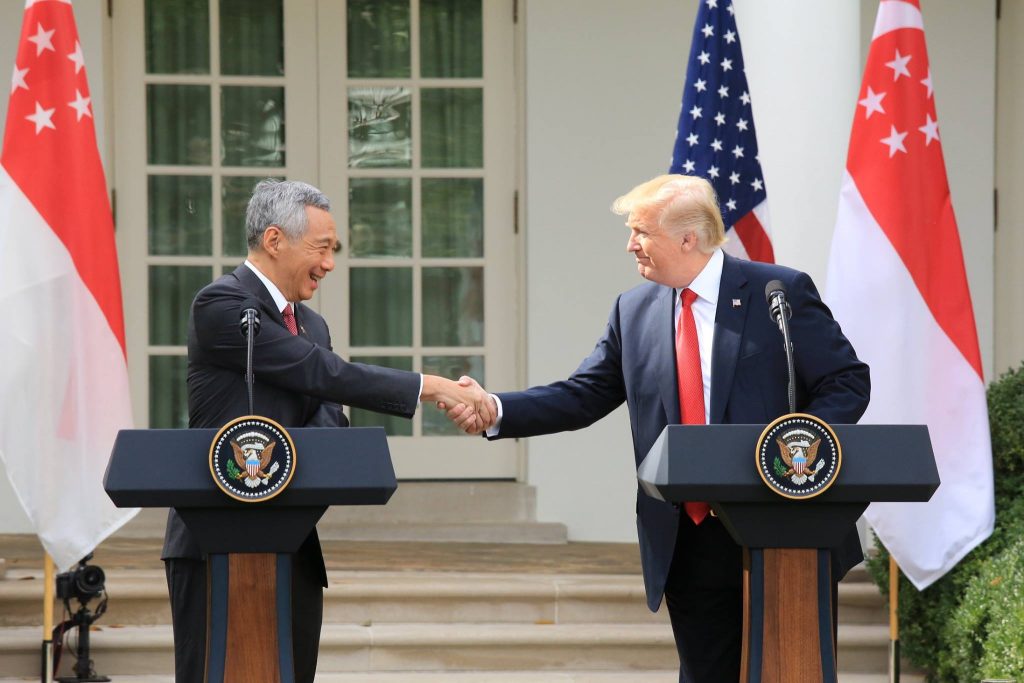 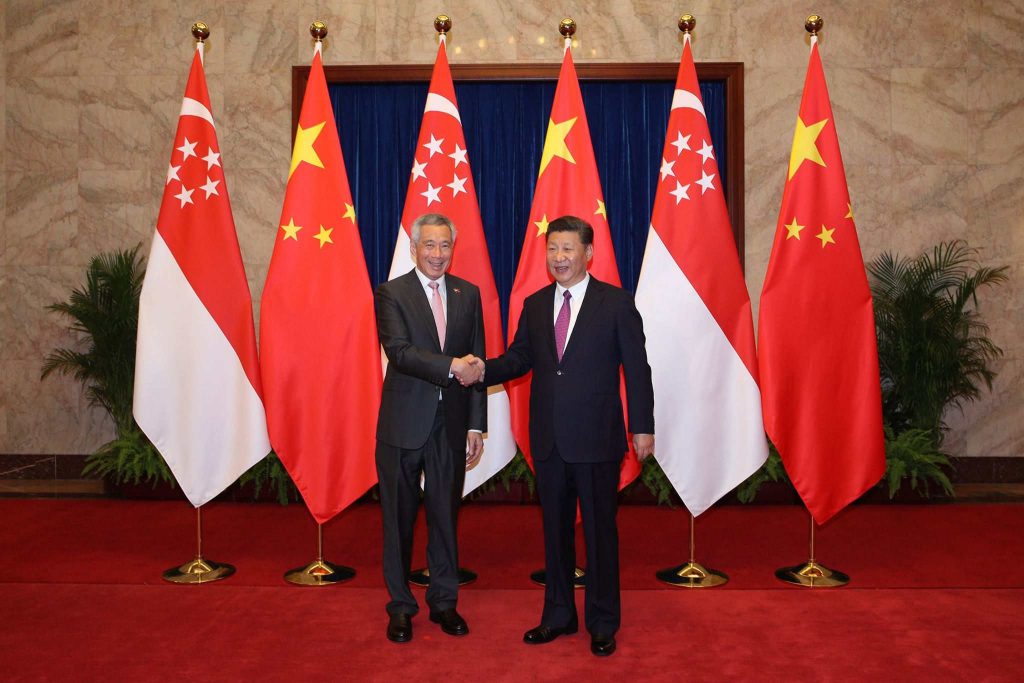 He also talked about maintaining good relationships with neighbours Indonesia and Malaysia by being their largest foreign investor, producing their largest number of tourists and having several major projects in both countries.

However, PM Lee did also acknowledge the ups and downs in the relations such as Indonesia wishing to take back their airspace and Malaysia requesting for the Pedra Branca – which was awarded to Singapore in 2008 – back.

He stated that despite this, Singapore’s fundamental approach towards a long term view should not change.

Most important however, the country can never fall under foreign control, or influence.

4. Chan Chun Sing is on loan to the NTUC

No, not NTUC FairPrice but Singapore’s sole national trade union centre instead.

With over 900,000 members since its founding in 1961, the NTUC has had a close relationship with the PAP — even during the Party’s beginnings. 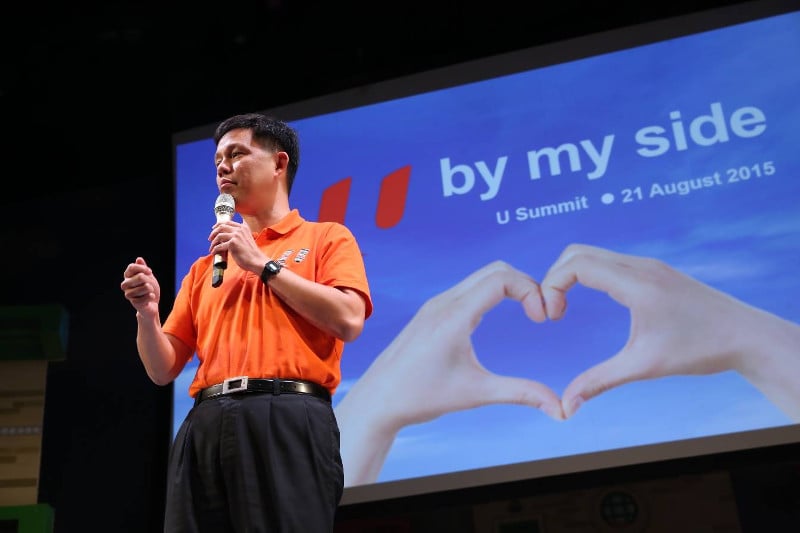 With Minister Chan Chun Sing as the Secretary-General of the company, PM Lee revealed something not everyone might know.

..when the NTUC Central Committee requested me to send them Chan Chun Sing to be their Secretary General, I was happy to agree.

Guess football clubs aren’t the only ones who loan off their people.

Now that that’s done, let’s get to the juicy part.

The people at SMRT and SBS are “working hard to improve train reliability”. In fact, train services are actually better now than before — according to PM Lee, that is.

If you are to look at the data, if you look at the numbers, if you calculate the breakdowns, we are seeing fewer delays and breakdowns than before.

But he did mention that he understands the looming of major incidents in the public consciousness not only affects public confidence, but perception that train services are worse than it actually is. 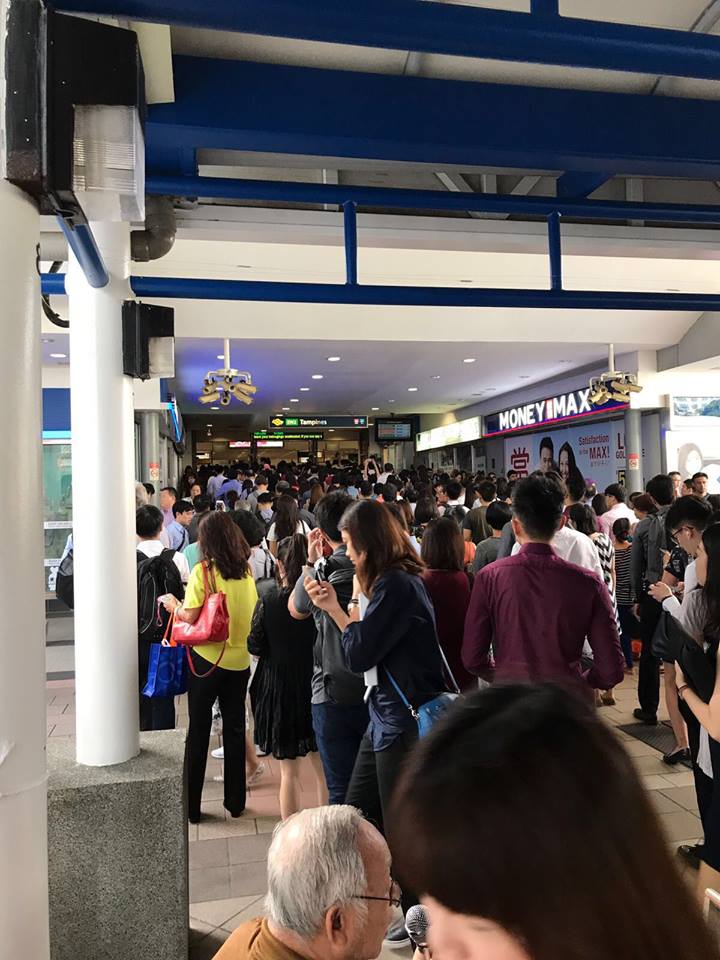 Another reason given for the constant disruptions is due to the upgrading of the old signalling system which causes delays due to the new system being tested and debugged.

Now that SMRT is almost done with the North-South Line, that can only mean one thing:

..we will then have to do the East-West line re-signalling. 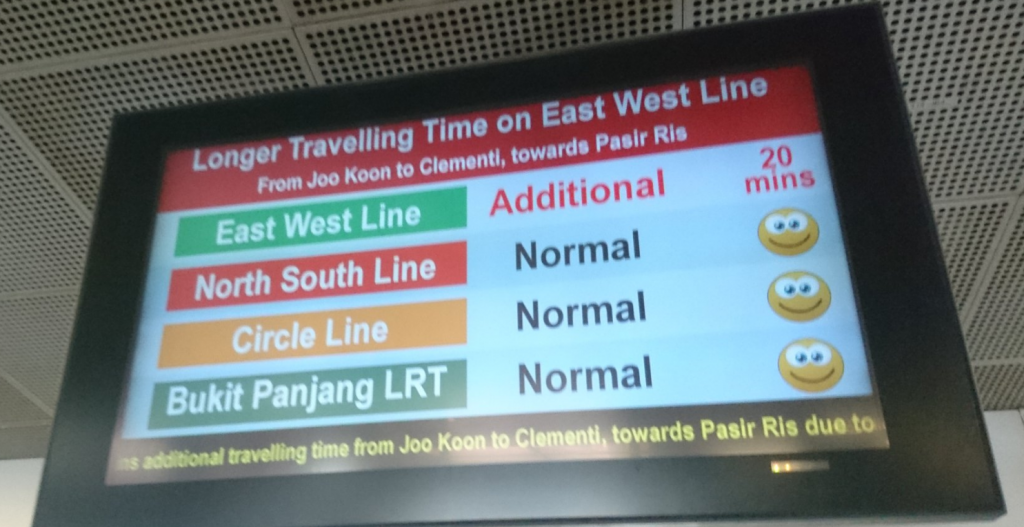 But if our Prime Minister has confidence in his comrade Khaw Boon Wan – Khaw-mrade(?) – you should too.

In fact, he even gave him the vote of confidence.

Actually if I may be bold to say so, we have a first class transport system in Singapore.

So ganbatte, we guess.

At the same time, a focus on social resilience is crucial as well.

Given Singapore’s rapidly increasing aging population, the rising demand for healthcare services must be met.

Currently, 1 in every 7 Singaporeans is aged 65 and above. According to PM Lee, this amount will only go up.

Which is really crazy if you think about it.

This is why the Government is focused on improving MediShield coverage with MediShield Life and are now working on ElderShield for long term care — as well as creating programmes and facilities to encourage the elderly to remain healthy and active.

These changes will keep healthcare affordable to citizens, but at the same time increase healthcare spending by the state.

7. Singapore’s about to become more expensive

Now it’s unfair to solely blame healthcare as the reason for the increase in taxes, since safety nets and more importantly, infrastructure play a part in this too — more of which you can read here. But as of now, PM Lee states that the current term of Government has enough revenue.

However, as investments and social spending are costly, it’s inevitable for spending needs to grow.

Government spending has been going up, and we look ahead it will rise further.

While that might’ve been the most unpopular words ever uttered by a politician in Singapore, PM Lee believes that proper planning – and explanation to Singaporeans – before the time comes will greatly help.

Which is why it’s so important that..

8. You trust the PAP

Now before you start calling us sell-outs — this is what our Prime Minister said, and we’re simply reporting on it. Being a leader means sometimes having to make unpopular decisions. And PM Lee has pledged for Singaporeans to understand that not only does the PAP care about them, they’re working to improve their lives as well.

The people must support to PAP. Most of all, they must trust the PAP.

He added that the PAP had inherited a legacy of strong trust from its citizens due to delivering results and working through difficult policies for over 60 years.

The PAP has always been honest with Singaporeans.

He cites President Trump’s victory as a result of Americans losing faith in their Government and asserted that this can never happen in Singapore.

Which is why it’s crucial for the PAP to be known as a team who can get things done and help others through difficult times.

Hence the heavy emphasis on trusting that they’ve Singapore’s best interest at heart.

Your thoughts on his speech

So there you have it, a summary of PM Lee’s speech during the PAP’s convention.

What did you think of his statements? Do you agree with them or do you feel he’s not quite as in touch with how the people feel?

Do you trust the PAP to lead Singapore?