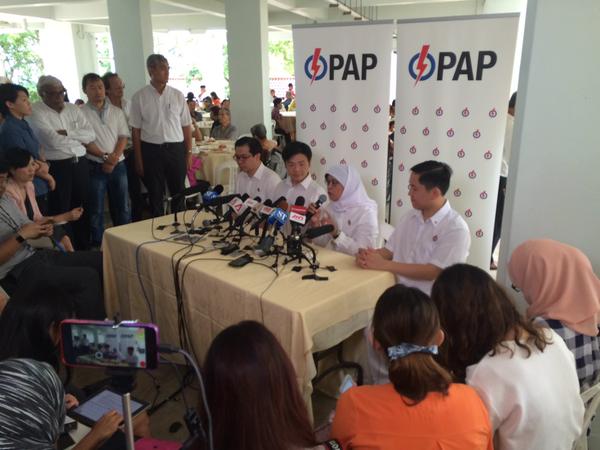 The unveiling was done at a void deck in Marsiling Drive, where we assume a completely unrelated event was held for some 200 members of the Pioneer Generation.

Presumably to encapsulate “serving the people”, the 4 candidates served food to those who were present before making the announcement.

They even joined the residents in song and dance: 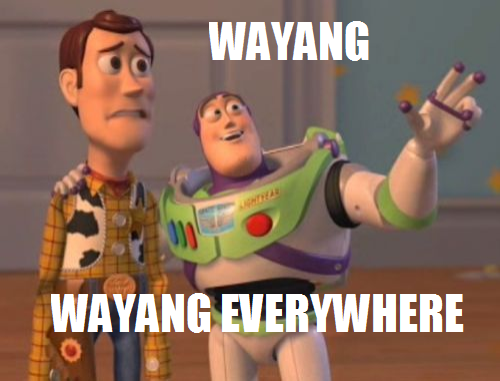 The team contains no new faces, but will have 3 candidates who have moved.

Meanwhile, some other stuff happened

PAP also announced that both Lim Biow Chuan and Amy Khor will be defending their respective Single Member Constituencies (SMC).

An official unveiling was also done for Tin Pei Ling. Emeritus Senior Minister had previously announced PAP’s decision to retain her in MacPherson.

Lim Biow Chuan will be aiming to retain his Mountbatten seat for a second successive term. He attained 56.82% of votes in the last election against National Solidarity Party’s (NSP) Jeannette Chong-Aruldoss. This time however, he will be contesting against the Singapore People’s Party (SPP).

However, Jeannette’s not going anywhere. She might have moved to SPP, but she certainly isn’t moving SMCs.

Tin Pei Ling will face the Worker’s Party (WP) and NSP in a three-way fight. Part of Marine Parade GRC in the last general election, MacPherson returns to being an SMC under the new electoral boundaries.

Tin Pei Ling quotes @taylorswift13 when talking about GE2011: "I would encourage young people to shake it off and not give up." #GE2015

With PAP seemingly running out of surprises, we wonder just how boring their next unveiling will be.

We absolutely can’t wait for all the PAP candidates to be finally revealed. These unveilings are turning out to be more dreary than the Twilight Saga.