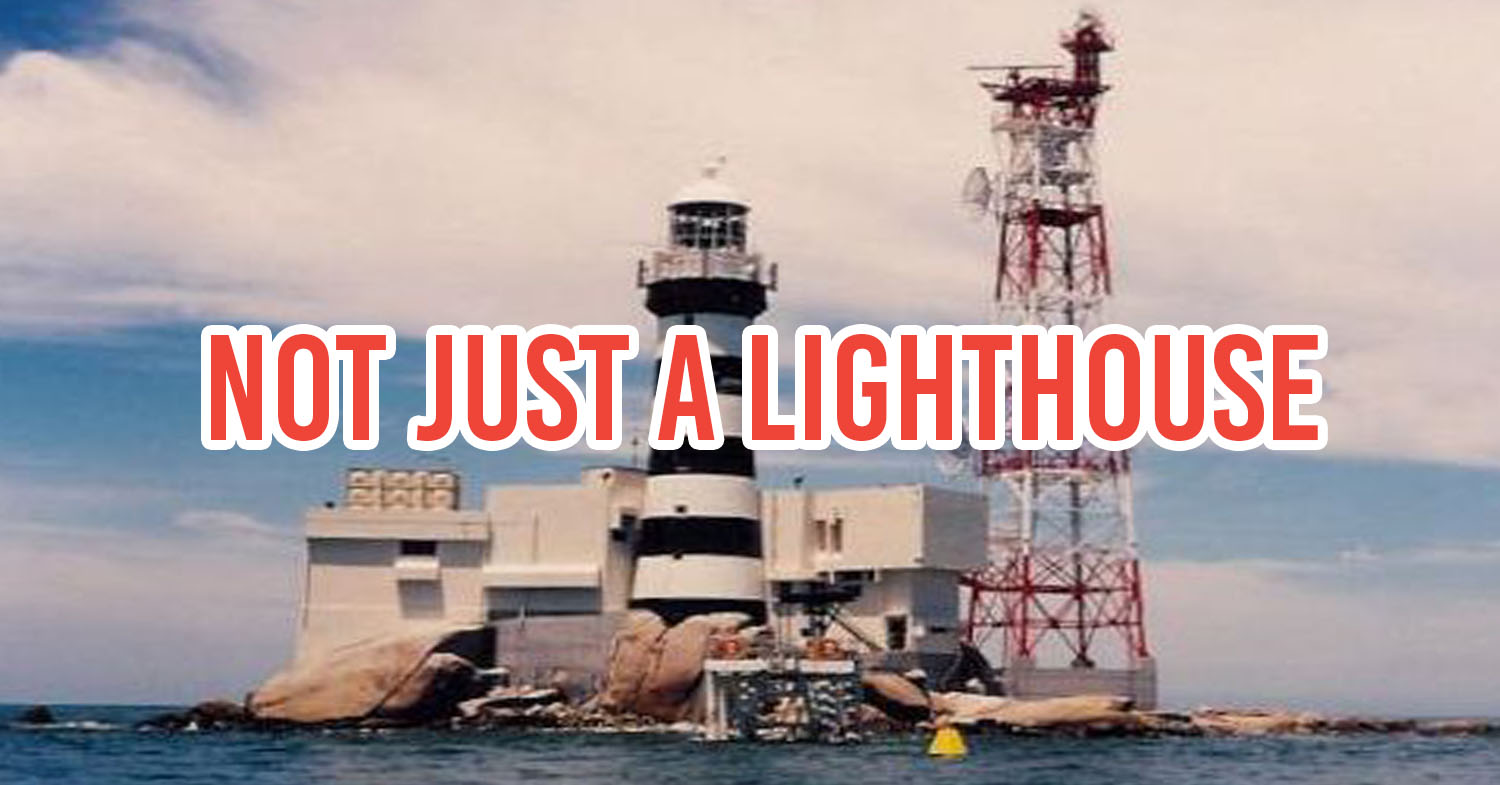 We’ve all heard it before — history repeats itself, whether we like it or not. So it’s no surprise that we’re back at square one over the Pedra Branca dispute with Malaysia.

Recently, Malaysia submitted documents to the International Court of Justice (ICJ), hoping it would revise its 2008 decision that granted the island to Singapore. These 3 documents, Malaysia claims, would have changed the initial verdict if they had been brought forth earlier.

After almost 9 years since the resolution of the dispute, its only normal to wonder: What makes Pedra Branca so important to both countries that they can’t seem to bury the hatchet? Why can’t we just let it go? 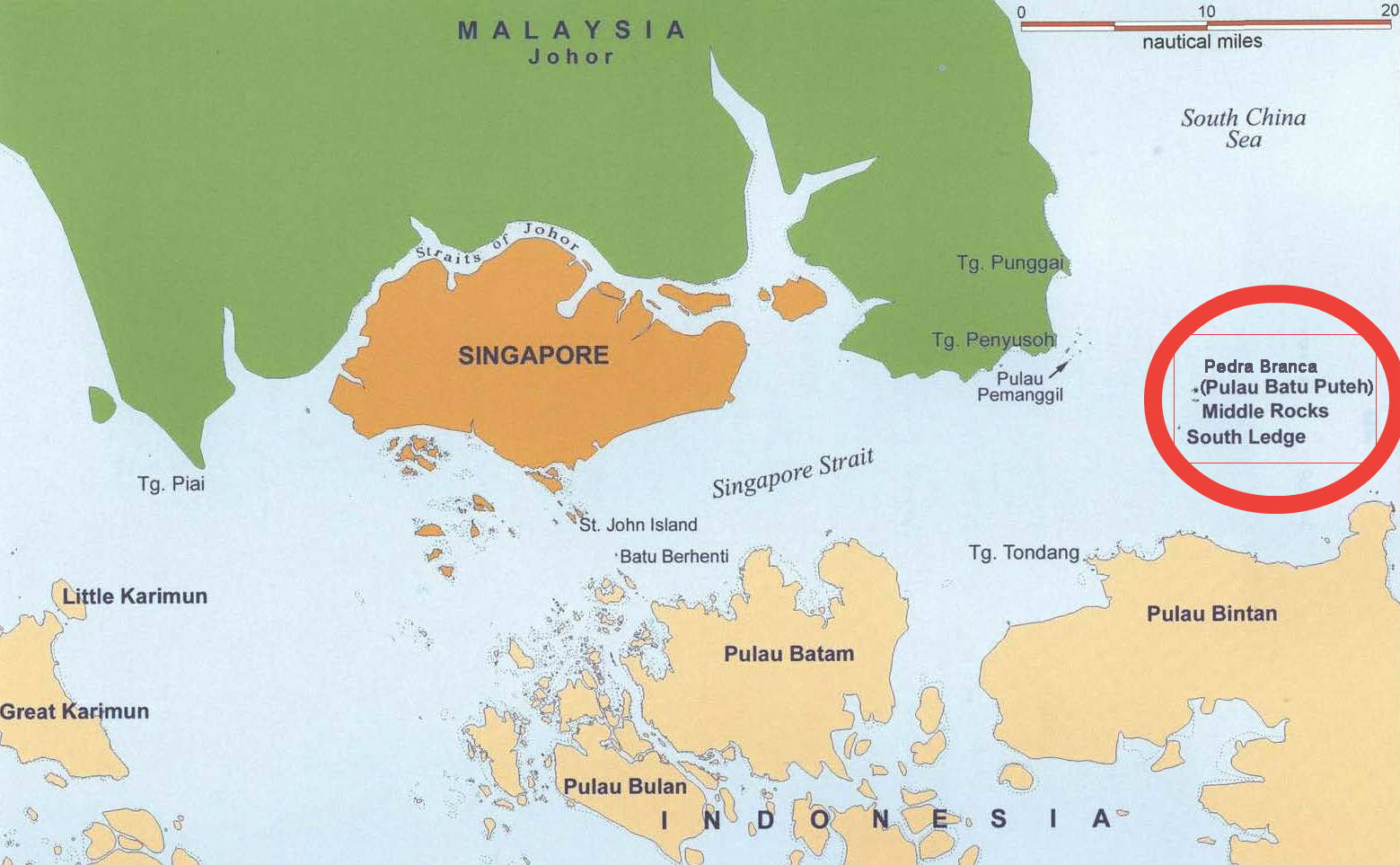 Basically, based on geographical proximity location alone, Malaysia would be entitled to the territory.

So 1-0 in Malaysia’s favour? Not exactly — we all know it’s never that easy.

Based on that logic alone, Pedra Branca should be given to Indonesia instead since it’s only 7.6 nautical miles north of Bintan. But Indonesia doesn’t claim the island (see point 3 to find out why).

While Pedra Branca was ruled to be Singapore’s at the 2008 ICJ ruling, Malaysia was granted ownership of Pedra Branca’s Middle Rocks. Although many believe this to be a pyrrhic victory, many Malaysian fishermen were thankful for the larger fishing space. 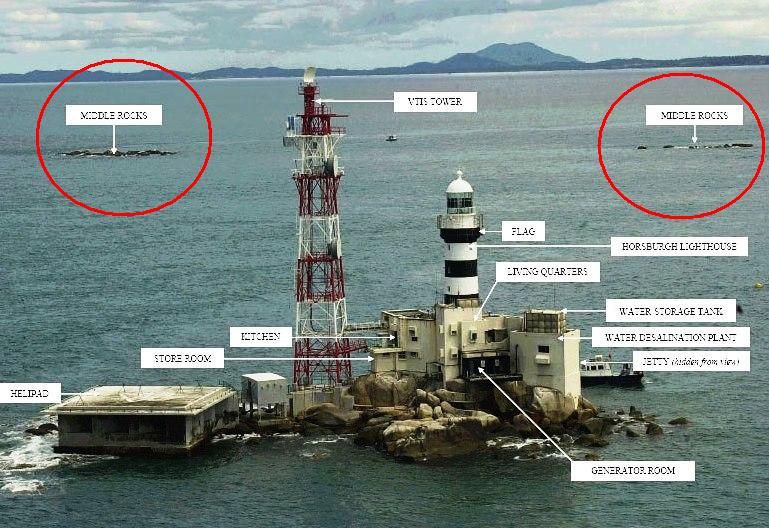 But still unresolved is the ‘South Ledge’ – a rock that is visible only during low tide. You may be thinking: “Uhm, isn’t it just a rock?” 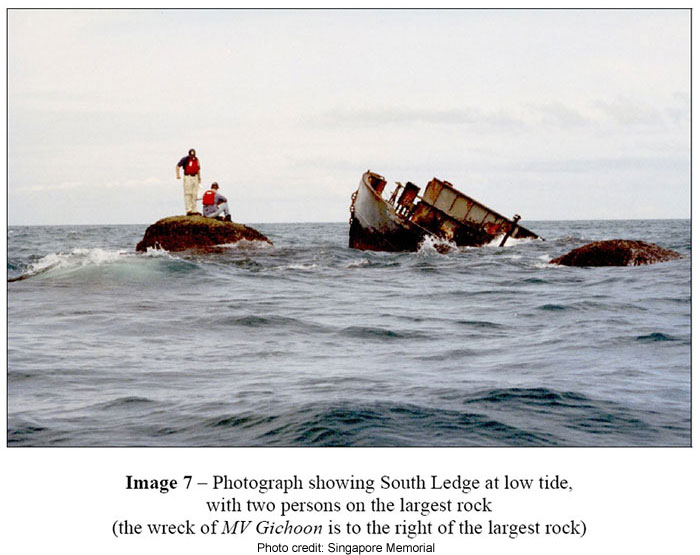 In actual fact, these rocks are vital to many fishermen, providing them with fishes like sagai, tenggiri and bawal.

With 70% of these fishes being exported to Singapore in 2008, according to The Star, it becomes clear that these rocks are important due to their resources.

There was a time when treaties were effective in the prevention of potential disputes, but definitely not in this case.

In 1824, the Anglo-Dutch Treaty was signed, granting Britain lawful possession of Pedra Branca. That’s also why Indonesia doesn’t lay claim to the island, as it was under the Dutch at the time.

One would think that treaty would end it all, but after 155 years of Singapore — which was a British colony — maintaining the territory, Malaysia published a map claiming Pedra Branca as its own, throwing the 1824 treaty out of the window. 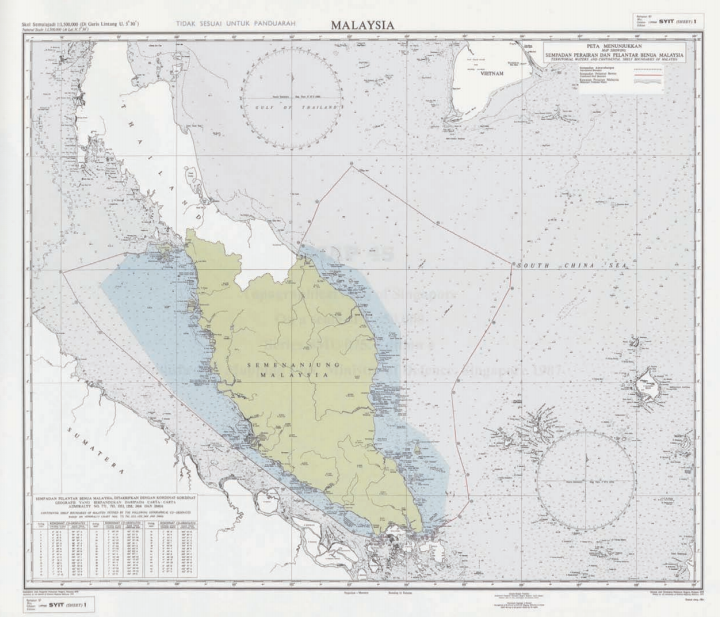 According to Malaysia, they never officially ceded the territory to the UK but rather allowed them to build the Horsburgh lighthouse on it.

In Singapore’s view, they believed that Pedra Branca was initially terra nullius (“nobody’s land”), creating a legal vacuum for the British to take sovereignty in 1847.

Since Singapore took care of the territory, it felt entitled to it. Sounds familiar? Hint: think Maria Hertogh.

Even considering the treaty, Singapore and Malaysia evidently viewed its terms differently, according to the 2008 ICJ judgement:

What went down over Pedra Branca may not seem severe to many of us today. But that’s because not many of us are aware of the military operations undertaken by both sides due to the dispute.

In the early 1990s, Malaysia’s Pas-Malaysian Islamic Party planned to plant a Malaysian flag on Pedra Branca, causing Singapore to threaten them in response, by warning that anyone who engaged in such an action would be arrested. 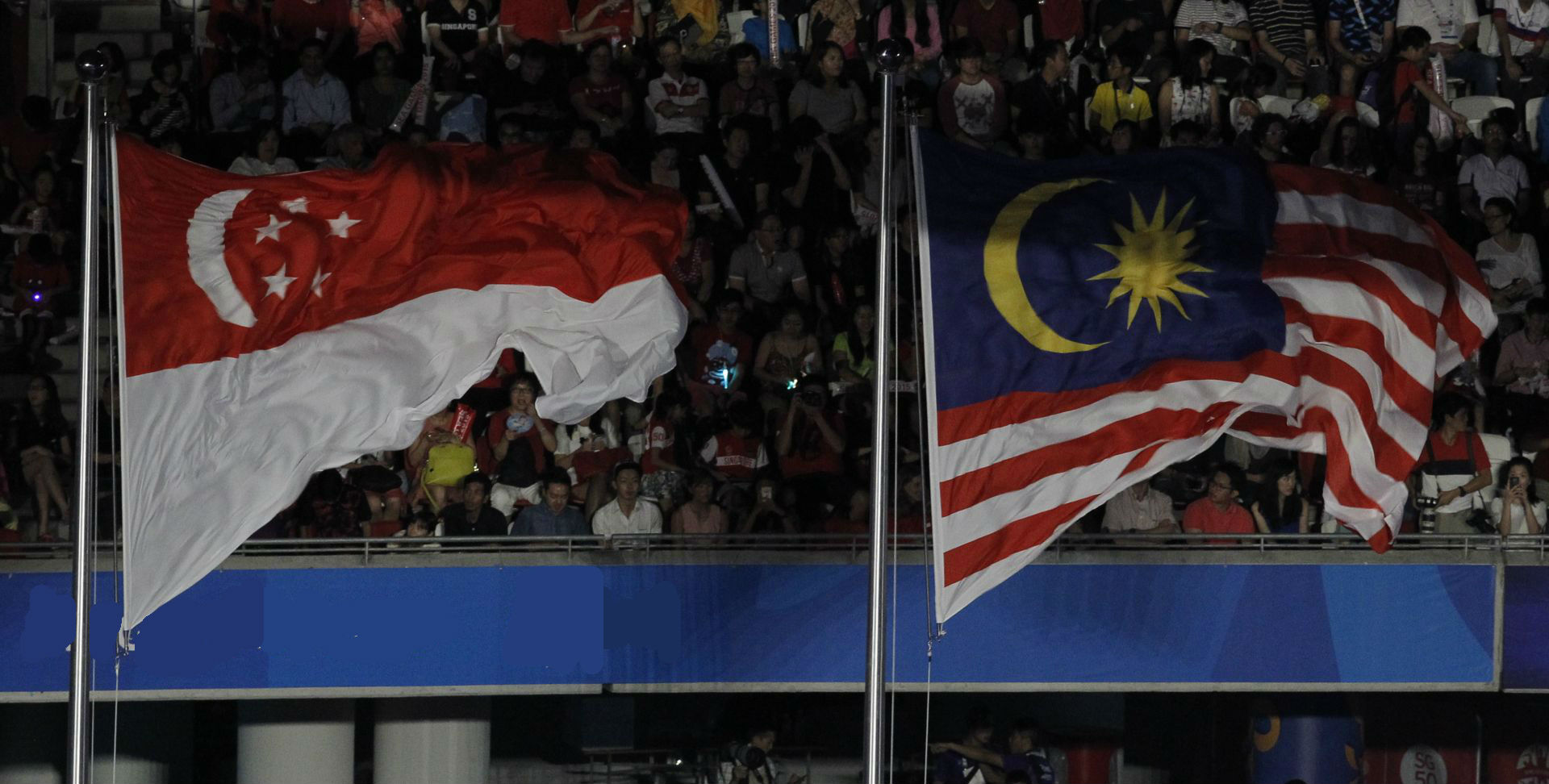 On August 9, 1991, Singapore’s National Day, a joint Malaysian-Indonesian military exercise involved a paratroop landing called Operation “Total Annihilation” in southern Johor, just 18km from Singapore. And no, the date was not a mere coincidence.

Singapore retaliated with the highly publicised Operation Trojan, putting the Singapore Armed Forces on full alert and launching a partial mobilisation of its reserve forces.

Thus the ownership of the tiny island had escalated into something far more serious — those who remember this will understand why it’s still important to both Singaporeans and Malaysians today.

Most of us tend to forget that, just like dominoes, one event can lead to another. Talk to any historian and you might hear the word “culmination” come up in conversation.

In other words, it’s unlikely that an event ever happens in isolation.

Take, for example, the Chaim Herzog Crisis in 1986. The crisis that involved the Israeli President’s visit to Singapore resulted in many protests in Singapore and Malaysia, heightening racial tensions. Fortunately, Indonesian leader Suharto managed to appease both countries, defusing the tensions. 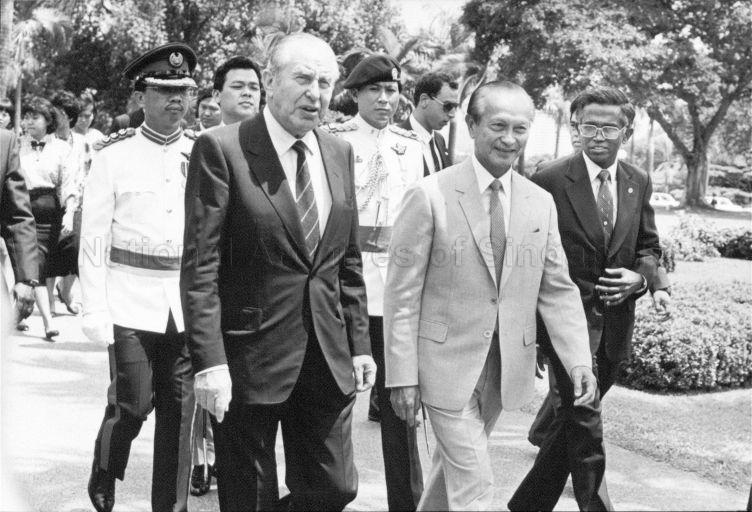 Although it may be difficult to comprehend, the past will always affect the present.

So as the dispute over Pedra Branca came to a head in 1991, previous events like the Chaim Herzog one became aggravating factors.

To put things simply, we all know that Pedra Branca wasn’t just about territory or treaties — but about regional tensions.

Singapore’s Minister for Law and Home Affairs K. Shanmugam said that there will always be differences between countries and that issues would fester if left unresolved, reported Channel NewsAsia. “And so we must take it as a fact that there will be differences and we must find the best way of resolving them,” CNA reported him as saying.

Looking at the bigger picture, it’s not beneficial to focus too much on any past instances of bad blood between Singapore and Malaysia. Being closest neighbours, our fates are intricately linked.

It’s of utmost importance to both countries and for the wider South-east Asian community for us to continue our camaraderie and good relationship.