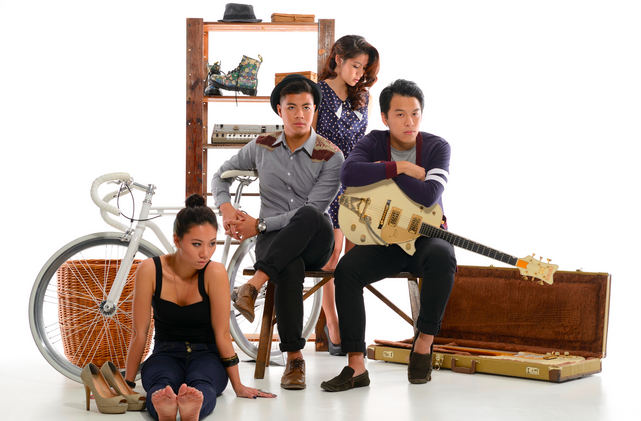 A country cannot progress without its people – with the impending SG50 and its emphasis on the arts, we sieve out 10 people who are making waves in the Singapore entertainment scene: 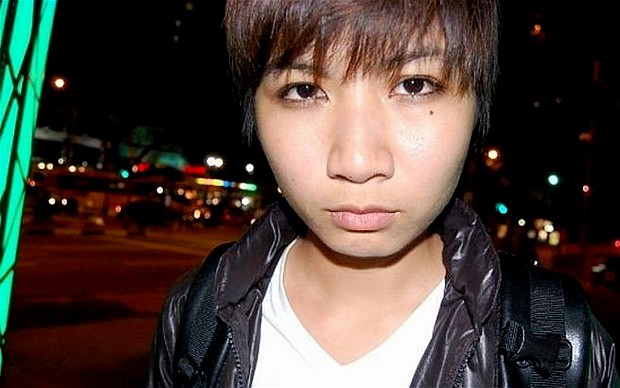 In 2012, Samantha Lo, better known as Sticker Lady, painted “My Grandfather Road” on several roads and pasted circular stickers on road traffic signs across Singapore. The black-and-white stickers were captioned such as “Anyhow paste kena fine” and “Press once can already”. The police arrested Lo at her home, creating public uproar as netizens took to the Internet, with the hashtag #freestickerlady trending on Twitter. An online petition was also created against her arrest. Lo was eventually sentenced to serve 240 hours of community service within a year. Thanks to this incident, Lo gained prominence and even went on to collaborate with organisations like the Singapore Zoo and Sentosa. Dubbed Singapore’s Kanye West, 23-year-old Pek Jin Shen, who goes by the stage name ShiGGa Shay, became interested in hip hop music at the age of 9. Today, ShiGGa is not only the youngest Singaporean hip-hop artist on radio charts, he is also a songwriter, entrepreneur and music producer. His debut mixtape, which was conceived entirely in his bedroom, made waves online after its release. In 2011, WorldStarHipHop (the world’s most popular Hip Hop site) named ShiGGa the “Unsigned Talent of The Week”. He released his debut EP They Call Me ShiGGA in 2012 and in 2013, ShiGGa’s single Limpeh topped the charts in Singapore. He is also the founder and leader of hip hop group Grizzle Grind Crew. 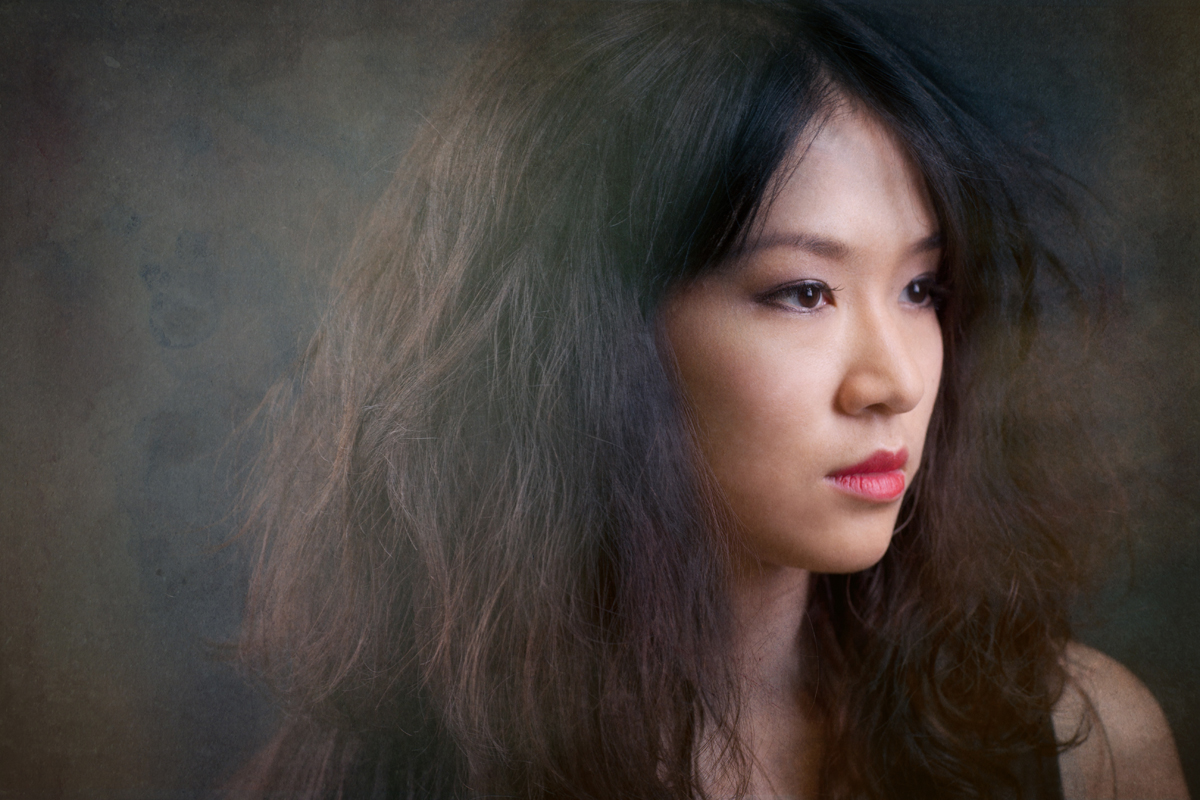 Inch Chua first gained recognition in Singapore’s indie scene as the lead singer of rock band Allura when they performed at the 2007 Baybeats Festival. In 2008, the band released their debut EP, Wake Up and Smell the Seaweed. Allura eventually disbanded, and in 2009, Chua carved a name for herself with her debut EP, The Bedroom. Its success also led to her being the first Singaporean to perform at a major US festival, South by Southwest (SXSW) in 2010. Wallflower, Chua’s full-length album, was released in the same year. Since then, the musician had also played at The Canadian Music Festival, 2012’s SXSW and TEDxWoman, amongst many others. In late 2011, Chua relocated to the US to further her career and has been based there since. In commemoration of Singapore’s Golden Jubilee, Inch will be involved in several SG50 activities. 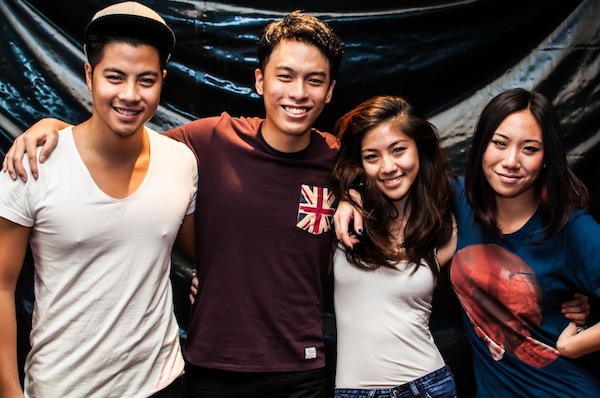 The Sam Willows, a Singapore indie band, is made up of siblings Benjamin and Narelle Kheng, and their friends, Sandra Tang and Jonathan Chua. In 2012, their self-titled freshman EP was so well received that it was sold out at the launch party held at TAB. In 2013, the quartet exposed their music to international audiences as they performed at SXSW and the Canadian Music Festival. Later that year, the band collaborated with a 5-time Grammy Award Winner, Steve Lillywhite, on reworking their single Glasshouse. They followed up by releasing a Glasshouse music video. The Sam Willows are endorsed by SHURE Singapore, Shunji Matsuo, Gretsch Guitars and Wing Tai Asia. 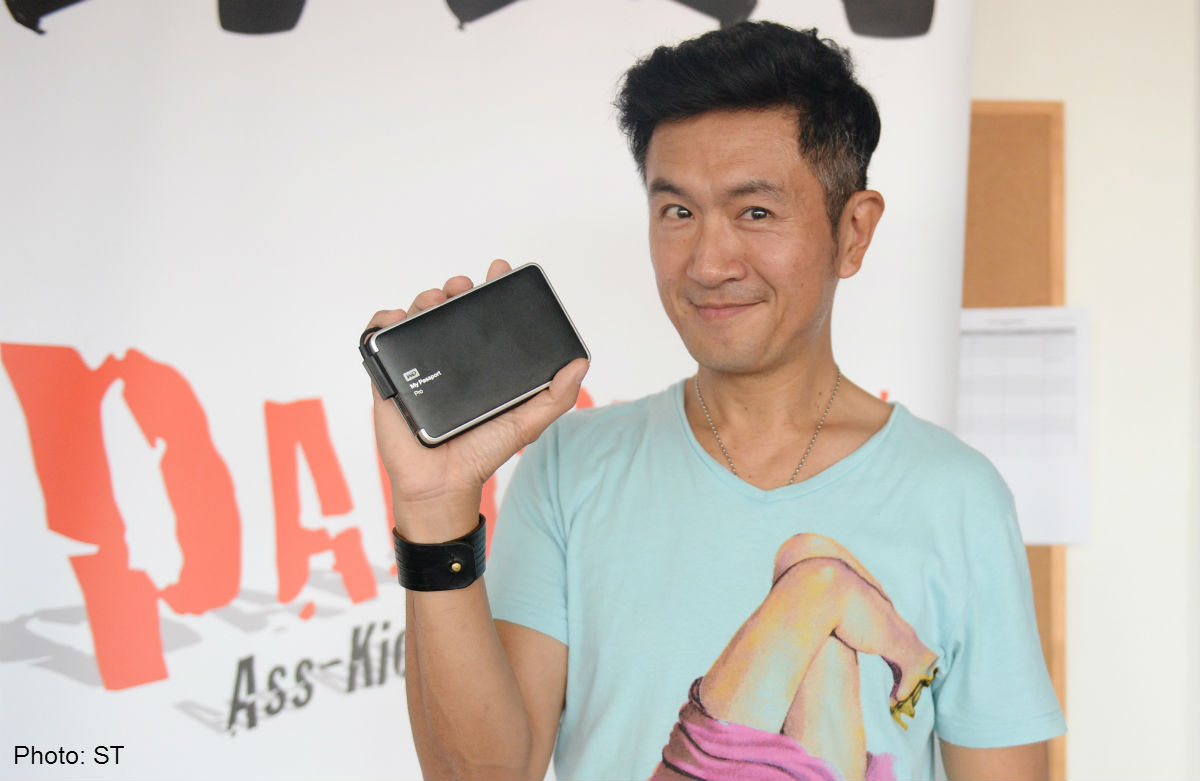 Adrian Pang first caught the attention of Singaporeans with his role in comedy Forever Fever in 1998. In 2005, Pang starred in Chinese blockbuster Portrait of Home as an eccentric man, which earned him a Best Actor nomination in Star Awards 2005. His acting portfolio includes Jack Neo’s I Do I Do with Sharon Au, Parental Guidance, and Maggie & Me on Channel 5. He also performed in theatres, appearing in A Twist of Fate, The Dresser, The Odd Couple and more. He is the three-time winner of the annual Life! Theatre Awards’ Best Actor. In 2010, Pang left Mediacorp after his contract was up, starting up PANGDEMONiUM!, a drama company with his wife. This year, Pang can be seen on the silver screens after scoring a small role in Hollywood movie Blackhat, alongside Wang Lee Hom and Chris Hemsworth. 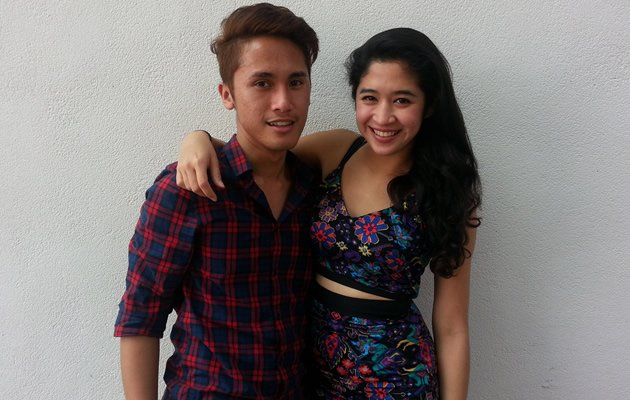 Comedic duo Maimunah Bagharib and Hirzi Zulkiflie, better known as Munah and Hirzi, gained popularity after posting videos on their YouTube channel, MunahHirziOfficial (MHO). Their 10 Dares series propelled them to fame, in which they had to complete different dares in different places. Known for their parodies, the duo give a comedic twist on everyday issues such as MRT service to fasting to workplace abuse. The pair even have their own TV show on Suria named Munah & Hirzi; Action! and performed on stage production Happy Ever Laughter with Michelle Chong, Gurmit Singh, Selena Tan and Kumar. More recently, Munah and Hirzi parodied Nicki Minaj’s Anaconda, aptly naming it Minahconda. The video depicts the duo exploring different places in Singapore while emulating Nicki Minaj’s trademark moves. Within 2 days, the video garnered 80,000 views. 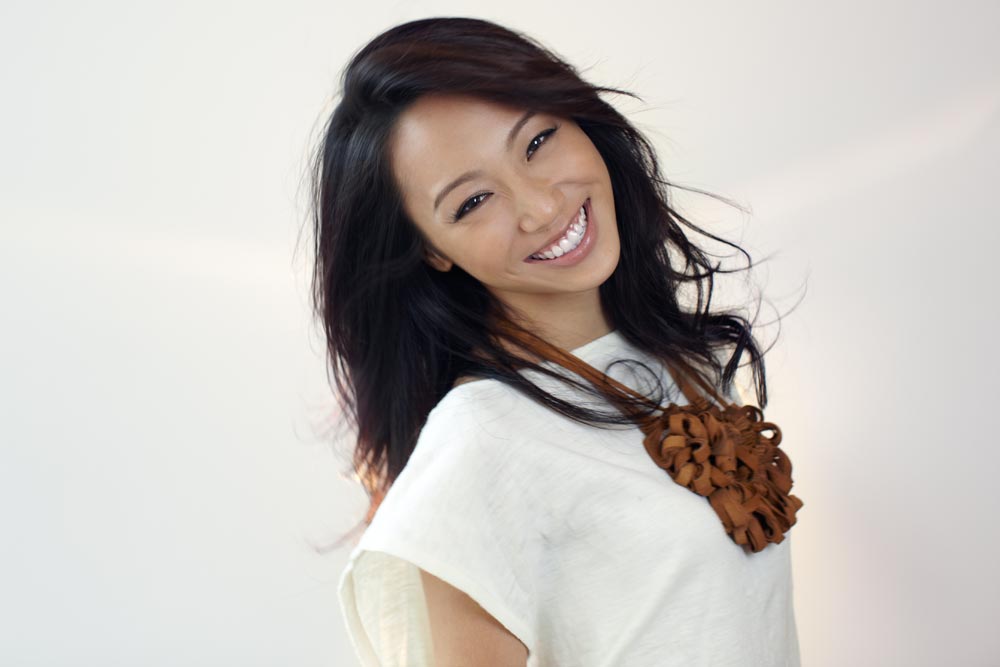 Oon Shu An made her feature film debut in Becoming Royston and has been going places since. The LASELLE graduate wrote and performed for her one-woman show, #UnicornMoment, presented by Checkpoint Theatre. Oon plays herself in #UnicornMoment, in which she shares personal moments and secrets. The Straits Times featured it as one highlight of 2014’s local theatre offerings. The talented artiste has her own popular online beauty review show Tried and Tested on clicknetwork.tv. She can also be seen acting on Channel 5’s Code of Law. Oon’s biggest career break came when she was casted as a concubine in Netflix series, Marco Polo. Funny man Chua En Lai is more than just a comedian. In 2010, Chua won the Best Comedy Performance for his role as pretentious reporter Jacques Ooi and British-accented news anchor B.B. See. He won the same award in 2013, for the role of Pornsak, a Thai character with a penchant for pole dancing in The Noose. Underneath his comedic façade lies a hardworking actor with numerous acting accolades – his theatrical performances in Shopping & F***ing won him a Best Actor award while Bent and Fundamentally was named the Best Play. He also performed in National Serviced-themed plays like Army Daze and Ah Boys To Men: The Musical. 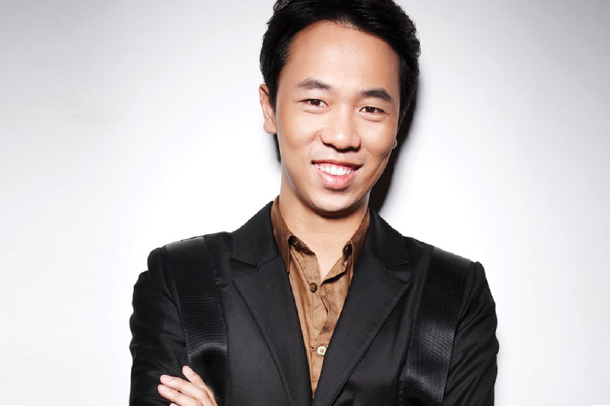 Alaric Tay made his on-screen acting debut at age 17, as a supporting role in local feature film titled That’s the Way I Like It. In 2000, Tay gained recognition as a funny guy in drama-comedy named Money. His ability to make audiences laugh was later reaffirmed in his role as Andre Chichak, a nasal-voiced reporter in The Noose. Tay also acted in HBO Asia presentation of Serangoon Road in 2013.  At the 13th Lyon Asian Film Festival, the film starring Tay as the lead actor, 18 Grams of Love was given multiple awards. Besides acting, the artiste is an award-winning filmmaker, with his film When We Were Bengs winning 3 awards at 2007 ReelHeART International Film Festival and garnering international audiences. 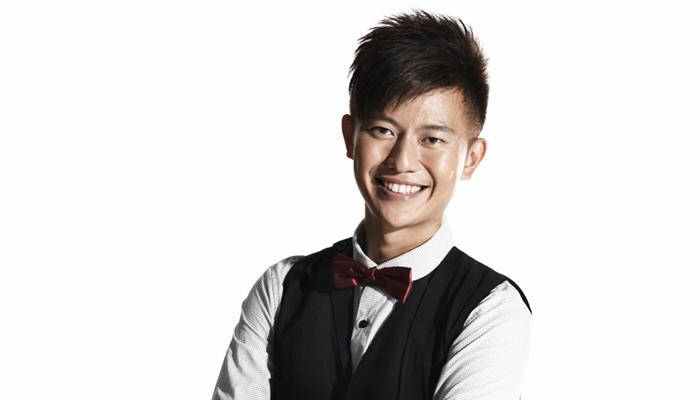 Possibly the most effectively bilingual host in Singapore, Pornsak can be often be seen on both Channel 5 and Channel 8. Pornsak’s career in the media industry started when he became a deejay after winning radio station UFM 1003’s competition. In 2007, Mediacorp headhunted him and he diversified as a television host. The same year, he was awarded the Best Newcomer. The talented host has proved his capability hosting various genres of shows, such as Campus Superstar, Joy Truck, and food-themed travelogue Food Source, which had a higher viewership than Channel 8 blockbuster Unriddle 2. Pornsak also clinched the Rocket Award and Top 10 Most Popular Artiste. Hosting aside, he endorses products ranging from Clinique Men’s skincare to Mama Lemon detergent. The entrepreneurial spirit in Pornsak saw the birth of PORN’s, a Thai restaurant chain and an early childhood education centre, Fun. Learn. Share Chinese Lab.

Some of these names have infiltrated and entertained the households of many Singaporeans for years while others crept into the scene more subtly. As in the case of the Sticker Lady, Lo was arrested for her creativity. While it is arguable that there is merely a fine line between creativity and vandalism, more freedom of expression is required for our entertainment scene to flourish. Even with winning tried-and-tested formulae to entertain, there is only so much audiences would get attracted to before getting weary. As such, more unorthodox ways of expression should be welcomed, not restricted.  Perhaps the Sing50 fund should have gone to funding the entertainment scene in Singapore instead of wasting money on pianos.