Must Share News – Independent News For Singaporeans
Home News Everything You Need To Know About Stiffer PMD Laws In Singapore, Since... Personal Mobility Devices (PMDs) are being rounded up by the Land Transport Authority (LTA) following a crackdown on the devices.

Riding a PMD is not as simple as one might think. They are electric, so the same rules that would typically apply to scooters or bicycles don’t apply to PMDs.

In the first 15 days of 2018 alone, 38 PMD users were caught riding on roads, which is completely illegal. Last year, 480 PMDs were seized by the LTA in total.

The traffic regulations are being updated too, so there might be some new rules that you don’t know about yet.

So if you want to ride your PMD without fear of breaking the law or having it seized, here’s what you should know.

We don’t mean to be the bearers of bad news, but the LTA is taking road safety very seriously, choosing to increase penalties in order to discourage lousy riding habits.

Fret not, if you don’t know the difference between a local road and a major road.

A local road is a road that passes through housing estates and neighbourhoods. You can be fined $300 for your first offence on a local road, and that goes up to $800 for repeat offenders.

A major road, on the other hand, is one that has multiple lanes, and also includes arterial roads. The location of the offence matters, meaning you can be fined up to $1,000 for riding on a major road if you commit the offence multiple times, and $500 for just once.

Don’t even think about riding your E-scooter on an expressway, because you’ll be charged in court.

2. PMDs are not allowed on roads

Now that you know how much the penalties will set you back, you must be wondering what even constitutes an offence.

Well, under the Road Traffic Act, it is illegal to ride PMDs on roads. Period.

With the Active Mobility Act recently being passed in Parliament, more regulation will apply to PMDs.

If it fits, you sits
Source

PMDs shouldn’t weigh more than 20kg, or be wider than 700mm.

Here’s a handy infographic summarising all the specifications: 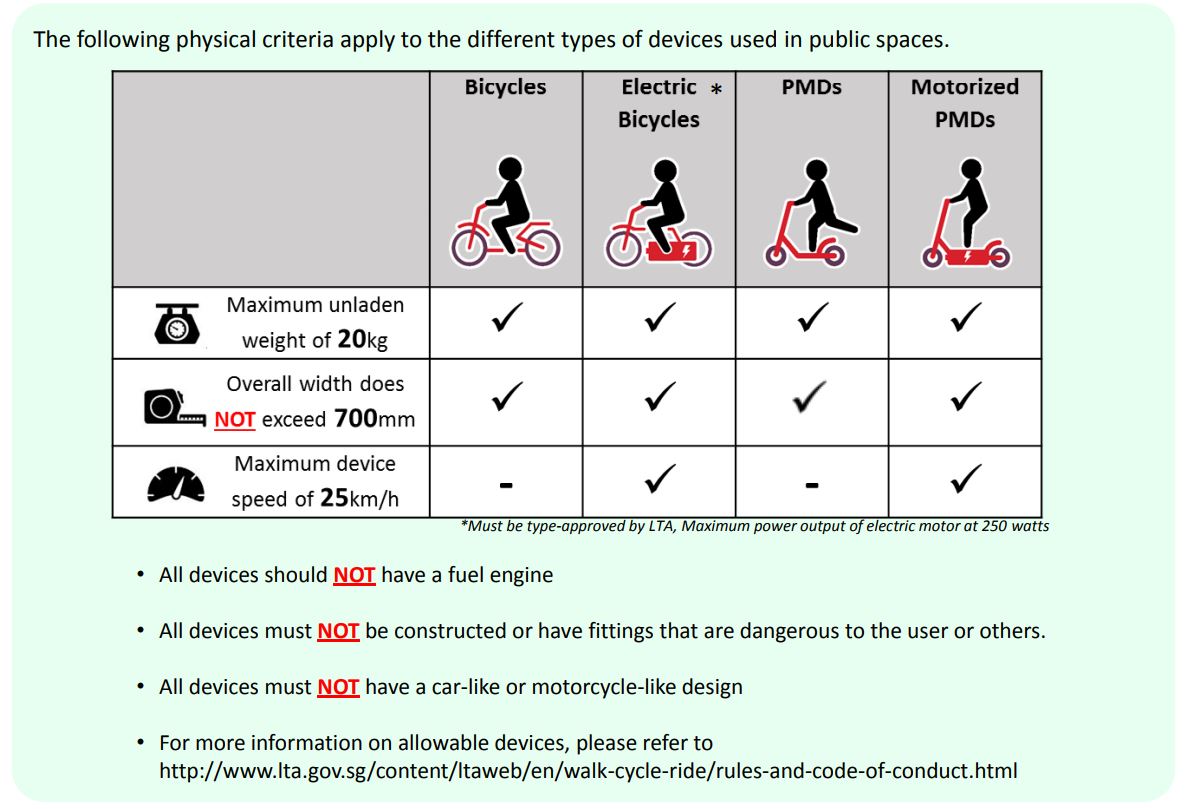 Other rules to be wary of

Your PMD should be fitted with lights, for riding when it’s dark. If your PMD can’t have lights, you should have lights clipped on to you somewhere, preferably your helmet or clothing. 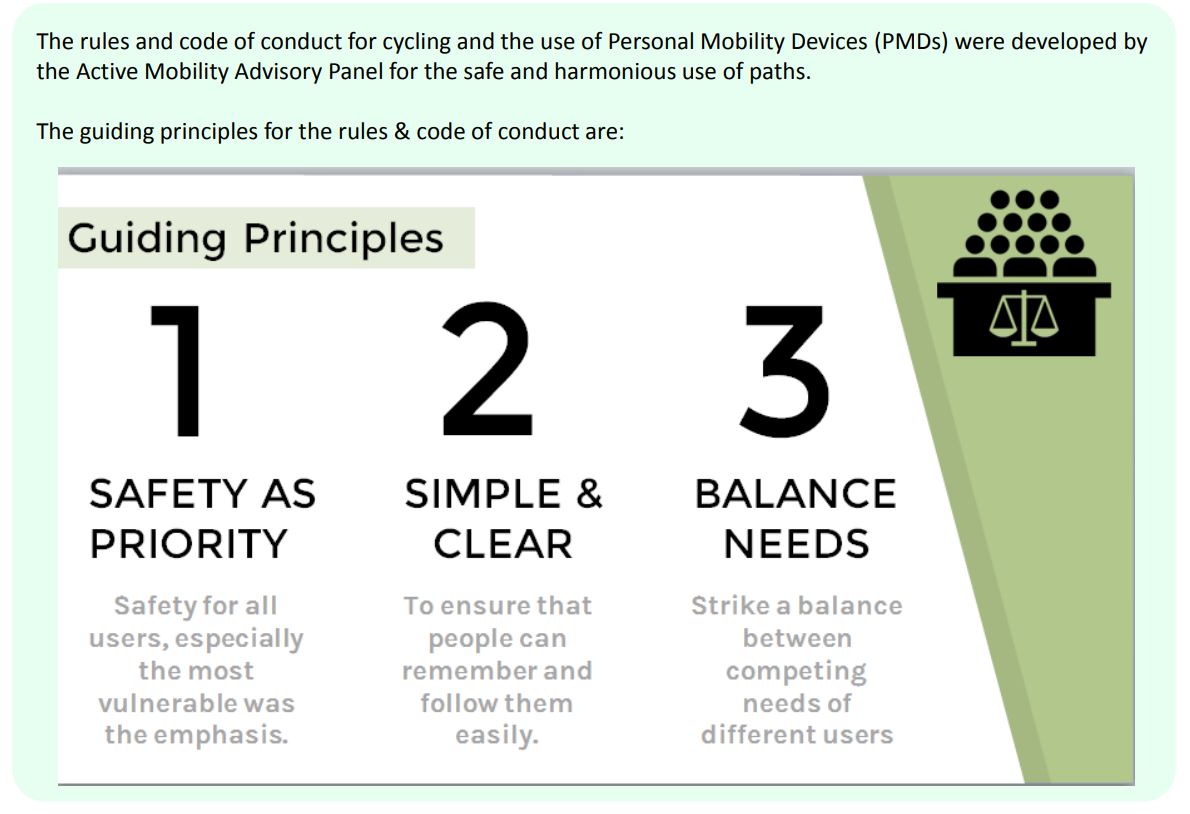 Sounds troublesome, but when you cross traffic lights you have to get off your PMD and walk it across. Ugh, troublesome, we know.

Don’t be a rulebreaker

We know, there are so many new rules to be mindful of.

The most important thing is to follow the rules of conduct, and you won’t end up with a hefty fine.

If you think you can get away with breaking the rules, do bear in mind that LTA will confiscate and impound your PMD if they have to.

Just keep calm, follow the rules, and ride on.