Indonesia is considering over whether to declare a national emergency in the country, as a result of the fires that have spread across the archipelago for weeks. The fires have caused haze to blanket parts of South-East Asia in the last month.

The last time Indonesia officially announced a national emergency was when the Indian Ocean tsunami claimed more than 100,000 lives in 2004.

Indonesia’s vice president Jusuf Kalla admitted that the issue has become too big for the country handle, as he reaffirmed that thousands of troops will be used to help fight the fires.

So how did the issue, which has been described as the ‘biggest environmental crime of the 21st century’ , prompt Indonesia’s leaders to consider declaring a state of emergency in the country?

We at MustShareNews have compiled a number of pictures to show what brought out that consideration in Indonesia’s government.

2. Throngs of Indonesians evading the haze

3. A helicopter dumps water on a hot spot

4. Remains of a forest completely destroyed by the fires

5. A child hold ups a sign which reads ‘save Borneo’

6. Even orangutans are sick of the haze 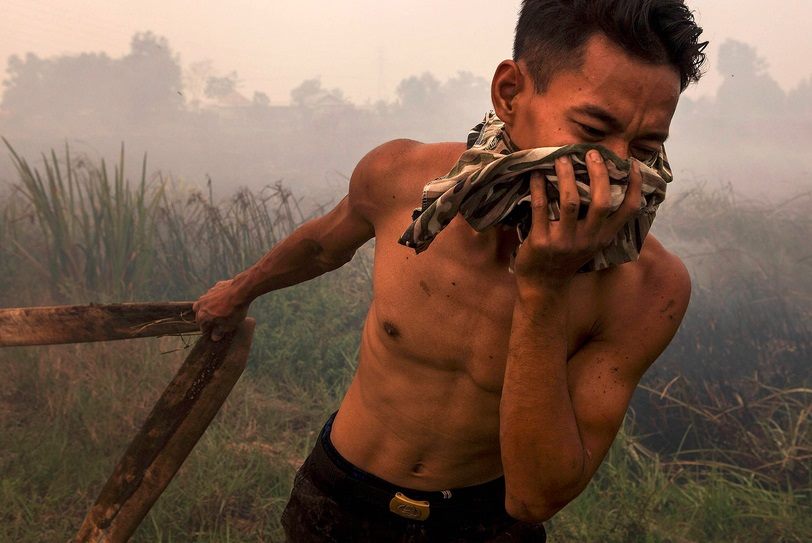 10. An Indonesian soldier tries to extinguish a forest fire on a peat land at Ogan Komering Ilir in South Sumatra, Indonesia. 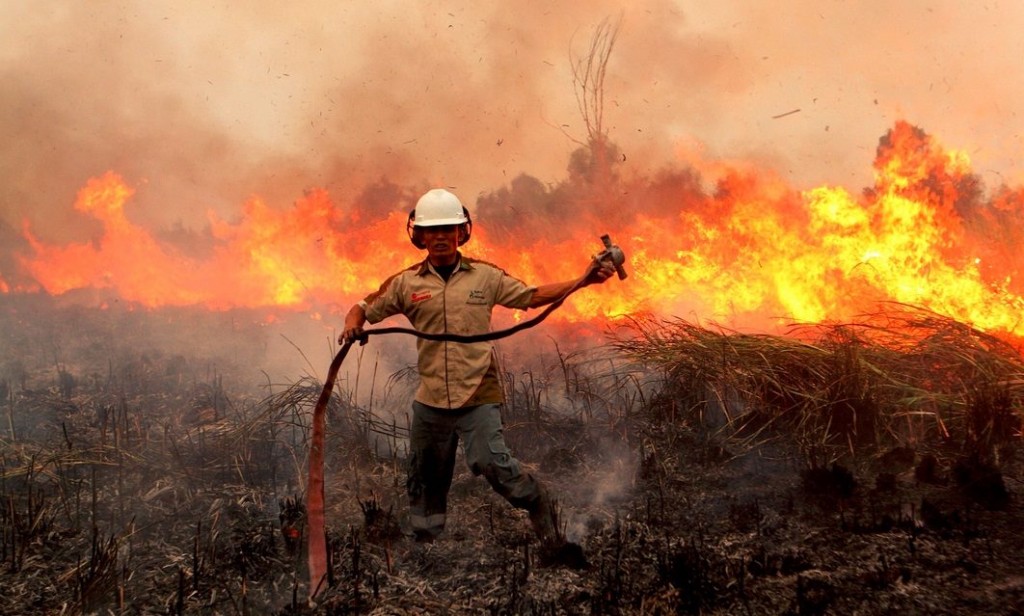 A problem that must end

These pictures tell only half the story of what actually goes on Indonesia.

The haze has affected more than 40 million Indonesians in five provinces. How long will these people suffer? Only time will tell.

We can only hope a solution to the haze comes fast.