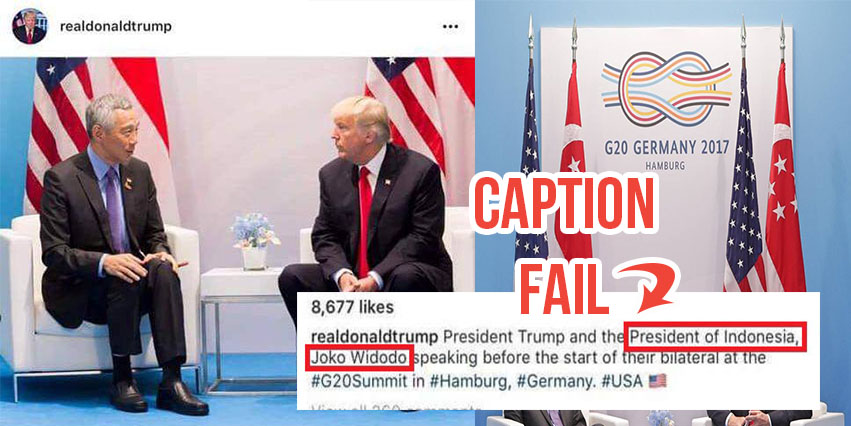 PM Lee Meets US President Donald Trump, But His Instagram Doesn’t Know Who He Is

Yes, we know that Singapore is a small country, a little red dot many people still think is in China, blah blah blah.

But you would think that people whose job is it to man the social media account of a very important person like United States President Donald Trump should know who we are, and who our leader is.

But it seems that’s just too much for whoever it is who made this gaffe: 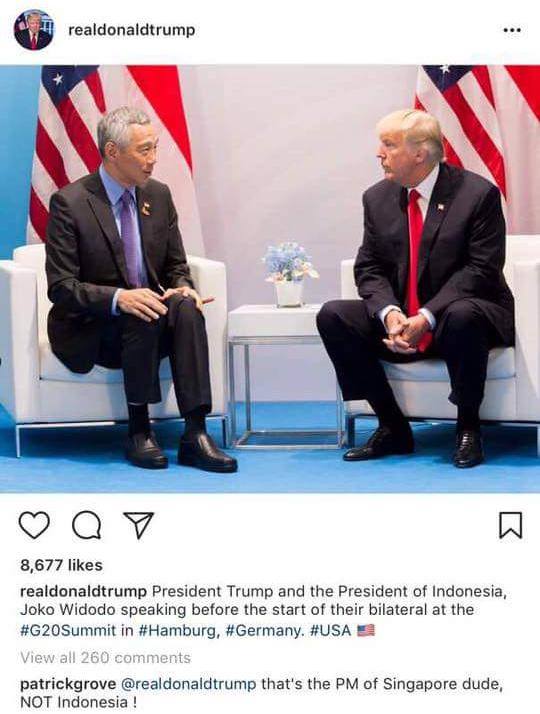 Singapore Is Not In Indonesia

Looks like Singaporeans who are sick and tired of explaining to foreigners that we are not in China now have another country to deny being a part of.

Yes, Indonesia may be our neighbour, and so close that we can take a ferry to Batam in less than an hour.

But Singapore is NOT in Indonesia, thank you very much.

And Prime Minister Lee Hsien Loong and Indonesian President Joko Widodo are not the same person.

By the way, here are photos of PM Lee and Mr Joko side-by-side. Separated at birth? No, not likely: 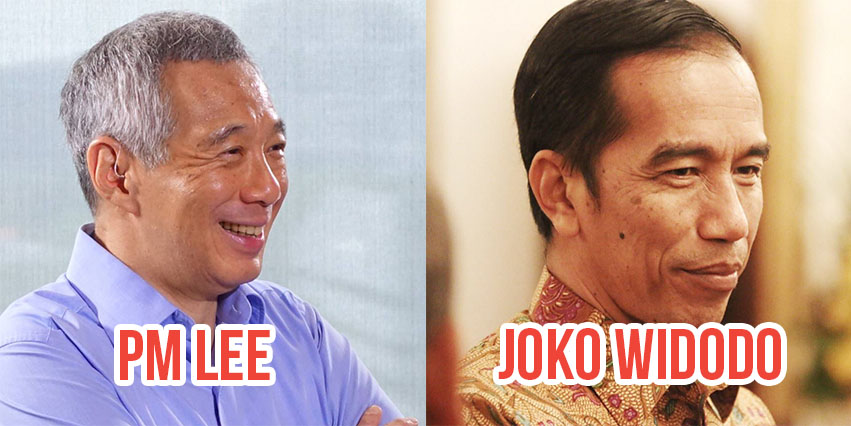 The photo posted on Mr Trump’s official Instagram account on Saturday (July 8) shows PM Lee meeting Mr Trump at the G-20 Summit in Hamburg, where they had a bilateral meeting.

A photo of that meeting was also posted on PM Lee’s Facebook page, and yes, Mr Trump wasn’t identified as the president of Canada or something like that. 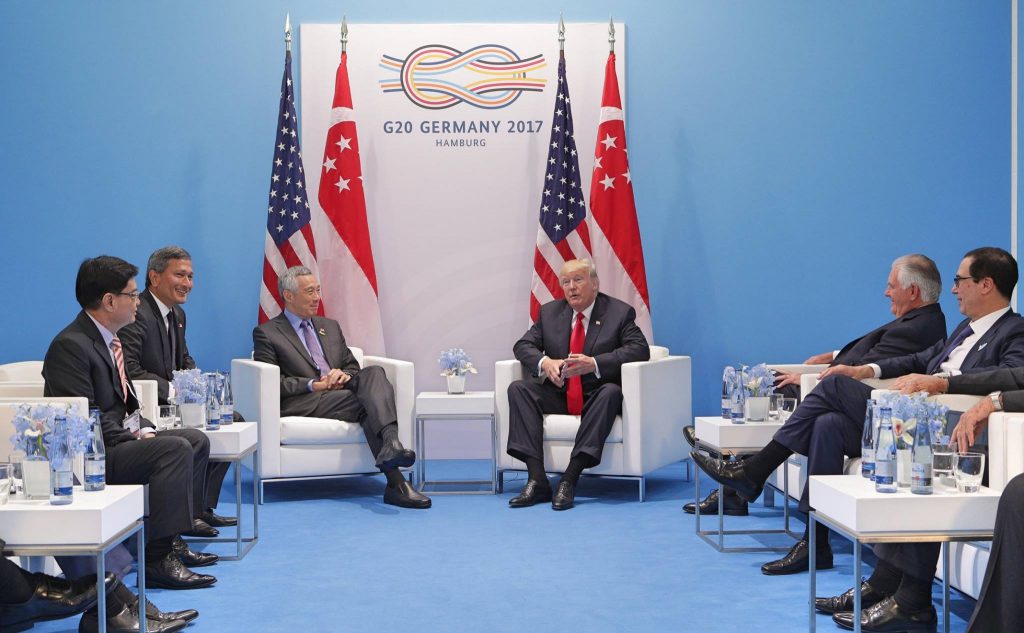 In his Facebook post, PM Lee said he “reaffirmed our excellent ties with the US” during the meeting.

That sounds great, but unfortunately the excellent ties between our countries doesn’t extend to them actually knowing what our prime minister looks like.

It’s a big thing when our prime minister meets the president of a superpower like the US, especially since this was PM Lee’s first-ever meeting with Mr Trump, and we should have felt honoured that a photo of that meeting was used on Mr Trump’s account.

However, the significance of that meeting was overshadowed by that striking gaffe — making us wonder cynically if whoever mans Mr Trump’s Instagram account selected that photo to be posted because he thought that his boss was meeting the president of Indonesia, not the leader of tiny Singapore.

And whether the photo would have been posted at all if he had known that Mr Trump was only meeting the leader of Singapore.

Of course, we all know that Mr Trump regularly posts on his own Twitter account himself, so could his Instagram account also be manned by……that’s a scenario to horrible for us even to mention here.

The mistake was quickly flagged by indignant netizens. 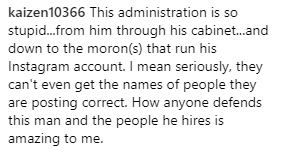 The caption was changed in response, but of course not before screenshots of the snafu were taken.

Some netizens were of the opinion that the mistake was made as the flags of Singapore and Indonesia look similar. 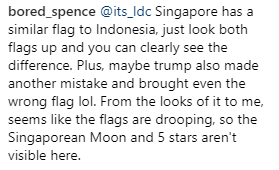 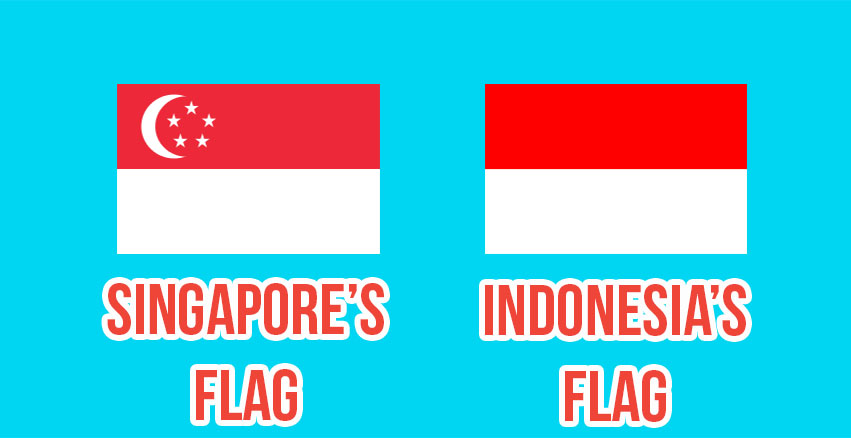 But we think anyone who mans the Instagram account of the US president shouldn’t be identifying world leaders by the flags they are sitting in front of.

Put Us On The World Map

To be sure, this isn’t the first time that PM Lee has been identified wrongly by the foreign media.

If entitled Singaporeans need any more reminders that Singapore isn’t very significant in the eyes of the world, this is it.

We can’t do anything about the ignorance of others, but let’s work hard to put Singapore on the world map, so the people who don’t know who we are will just look increasingly foolish.