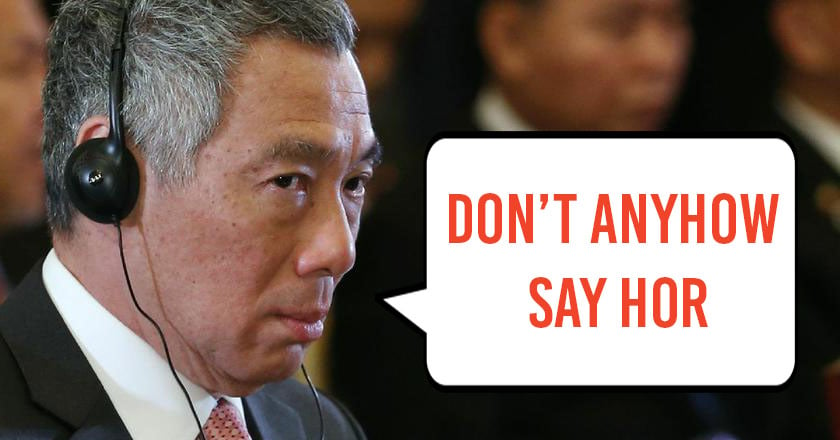 Lee Hsien Yang and Dr Lee Wei Ling are up against it now; it’s them against  the government.

Ever since the sibling duo launched a scathing attack on their eldest brother Prime Minister Lee Hsien Loong, political leaders of our city-state have seemingly been queuing in line to defend PM Lee.

Deputy Prime Ministers Tharman Shanmugaratnam and Teo Chee Hean, Minister for Home Affairs and Law K. Shanmugam and Senior Minister of State Indranee Rajah are just some prominent figures who have had their say regarding the Lee family dispute.

Now, PM Lee himself has outrightly declared that the allegations made against him by his younger siblings as “mostly inaccurate”.

It seems as though countless allegations have already been made by LHY and Dr LWL against PM Lee and the secretive 38 Oxley Road ministerial committee (and it doesn’t seem like it will stop anytime soon).

Just this morning (June 28), the committee was once again brought up by LHY for their apparent self-contradictions.

On Saturday (June 24), LHY accused PM Lee of getting his Ministers to echo his views that Mr Lee Kuan Yew signed his will without full comprehending it.

This came after Dr Lee Wei Ling claimed the 38 Oxley Road ministerial committee was a facade manipulated by PM Lee to attack LKY’s will — which was  in response to Ms Indranee’s question on why the sibling duo requested a commitment for the demolition of 38 Oxley Road.

And it seems like PM Lee has finally had enough.

According to Channel NewsAsia, here’s what PM Lee had to say in response to his siblings Facebook posts:

“My siblings continue to make allegations about what I supposedly did or did not do. They are mostly inaccurate. As I earlier said, I will be making a statement in Parliament on Jul 3, 2017. I will at that time deal with the allegations that need to be addressed.”

Who Is Telling The Truth?

The two different camps are constantly saying things that contradict each other, making it impossible to know what the truth is behind this dispute.

People may be pinning their hopes on the Parliamentary Sitting on 3 July to clear the air, and some puzzling queries will certainly be answered on that day as Members of Parliament are encouraged to thoroughly question PM Lee.

However both LHY and Dr LWL, the main casts of this extraordinary saga will not be present. How are they going to defend themselves, or clarify things in the event that inaccurate information is presented?