On Monday (15 June) evening, police arrested one of the suspected loansharks involved in setting fire to two flats at Block 272 Toh Guan Road.

He is suspected of setting fire to the two flats of two innocent families on Saturday (13 June). Local media reported that the real target of the families might be the flat below the two units, where the police have installed a closed-circuit camera.

The families were not even aware that there was a raging fire outside their doors at midnight. They were sleeping and only became aware of it when SCDF came knocking on their doors.

The doors and walls of the corridor were charred black, stretching past the lift lobby.

Our effective police force effectively nabbed the loanshark within days of the incident, even though the suspect thought it would have been a better bet

to set fire to neighbours who don’t have a camera installed.

No surprise that SPF wasted no time, when the nature of the crime itself is alarming. Setting fire to a flat greys the area between harassment and trying to kill an entire block of residents. While only one person was hurt this time, lives could have just as easily been lost.

Police have classified the case as suspected unlicensed moneylending harassment by fire.

We are all familiar with the splash of paint and O$P$ signs sprawled on the walls close to the debtors. Some have even heard of pig heads being hung outside debtor’s door. But setting fire to the apartment door is the latest slew of far more deadly tactics.

In January, a group of youths were arrested for loanshark harassment activities. The boys set fire to items in front of the flat units, like slippers, newspapers, and clothes.

Nabbing these criminals fast sends a message that the law will not tolerate these outbursts.

As they say, don’t play with fire. Especially not with our all-around Singapore Police Force. 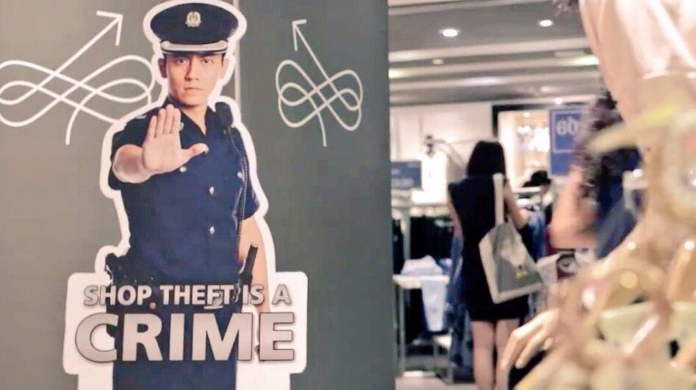 Featured image via STOMP
With references from Channel News Asia, The Straits Times