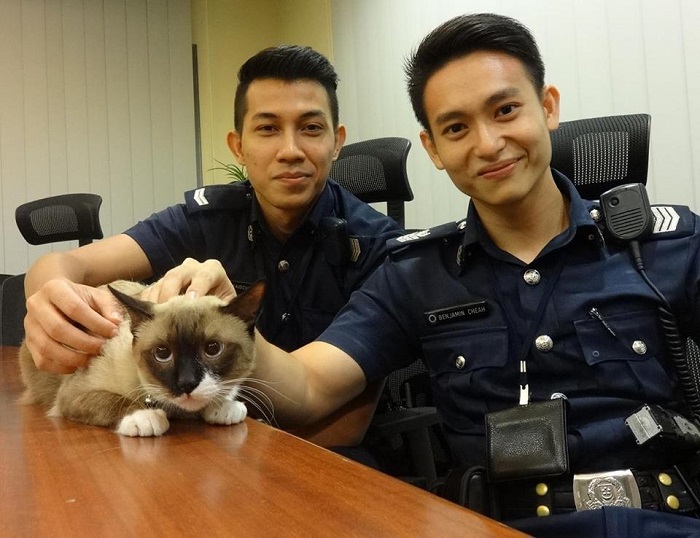 That’s right, the Edison Chen-lookalike in front of every convenience store these days could well have new challengers. 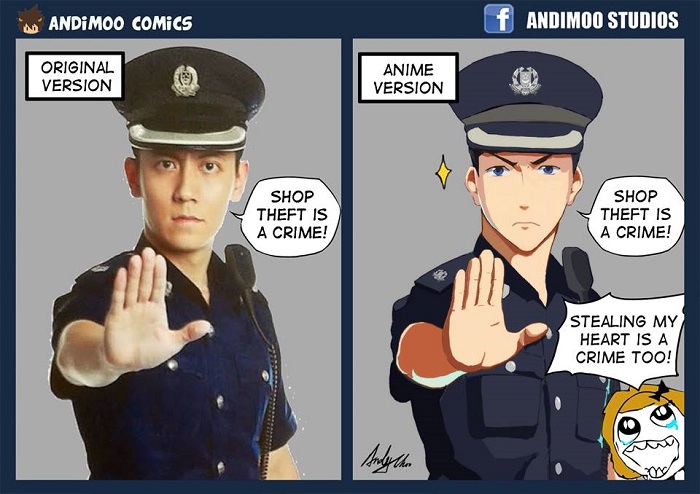 Two policemen managed to coax a kitty down a tree last November, and the Facebook post commending their efforts have earned 8,300 likes and 1,000 shares, making it one of the most popular posts by the Singapore Police Force (SPF).

The photo of our brave cat whisperers have garnered particular attention. No word on if the featured feline is the same one they saved.

Just look at them. The piercing eyes. That smug grin. The comfy pose. Such ease in front of the camera is rare, especially when it’s probably their first time featured on such a popular medium.

The officers from Woodlands East Neighbourhood Police Centre are doing pretty well too.

According to the post dated 13 January, the cat was stuck on a six-storey tall tree for two days before our plucky policemen caught wind of the situation and decided to help. The pet was finally coaxed down with a cold blast of water from a resident living on the sixth floor. The policemen “couldn’t bring [themselves] to simply walk away from the situation” as they are both animal lovers.

Most of the post’s comments are about how handsome the featured policemen are:

SPF should really be riding on this wave of idol policemen worship. Maybe feature the ridiculously photogenic policemen in a reboot version of that Channel 5 police drama Heartlanders? Aaron Aziz and Vincent Ng could even make guest appearances!