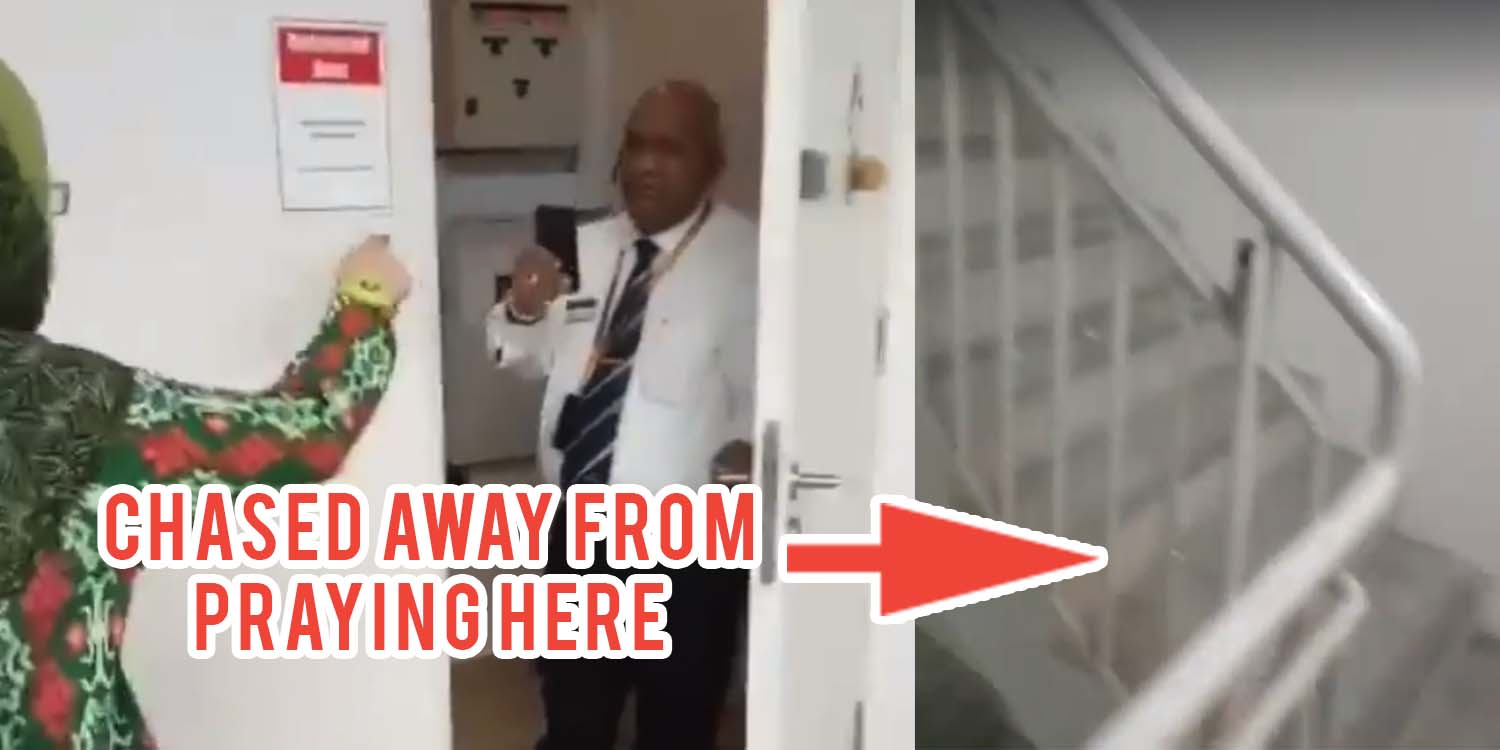 Racial and religious sensitivity is important for Singapore to maintain its multi-culturalism. In Sept 2017, DPM Tharman warned that Singapore still needs “continuous work” before we can fully achieve it.  He added that multi-culturalism will only “work if [it] is supported by the people”and “requires conscious action”.

Looks like the DPM advice was timely, as an Indian security guard supervisor recently prevented two Muslim sisters from praying at a staircase lobby in Alexandra Central Mall. The twins were in the midst of their prayers before they were ordered to stop by a security guard.

After asking why they were chased away, the sisters received an insensitive response which sent them into a frenzy. Here’s what happened in the four-part video.

Interrupted during their prayers

In a Facebook post on 25 Oct, sisters Syahidah and Hirah Rostam spoke out against the racial insensitivity they faced at Alexandra Central Mall, sharing a series of videos which documented the ordeal.

For those that do not know, Muslims tend to pray at the staircase landings of shopping malls and hospitals when there are no mosques or prayer rooms nearby. This is a practice that the twins have also adopted for the last 29 years.

The twins were in the midst of their prayers at a staircase lobby in the shopping center when a Chinese security guard asked them to leave. Ms Hirah stopped her prayers to reason with the security guard whilst her sister continued.

However, the twins tilted after hearing the security guard’s supervisor “talking boldly to tell [them] to stop praying” over the walkie-talkie. Due to the poor quality of the video, we were unable to hear what the supervisor was saying.

In the video, Ms Hirah demanded an explanation from the guard on why they were being chased away. She asked if what they were doing was a crime or whether they were obstructing the stairwell.

The guard could only meekly gesture at his walkie talkie and replied that he was acting on the instructions of his supervisor, who can be heard talking on the device. Ms Syahidah added that the Chinese guard apologised profusely.

This is shopping mall!

Seeing that the issue was with the supervisor, the twins demanded that he come to the stairwell to provide an explanation on why they were being chased away. However, the guard refused to accede to their request.

Unwilling to give up, the sisters went down to the security office to seek him out. Upon finding him, they asked if he was against Muslims and if he was the one who had instructed the guard to stop them from praying. The supervisor ignored the first comment but acknowledged that he gave the instructions.

Ms Hirah then asked why they could not have been allowed to finish their prayers before being asked to leave, adding that the guard could have talked to them after they were done with the prayers.

Instead of giving a polite and proper answer, the supervisor replied rather rudely. This was what we managed to hear from the recording:

“Then, you anything can go inside and pray is it? This is shopping mall.”

Well. That was uncalled for.

It seems that apart from the supervisor’s rudeness, the twins were angered because they were on their meal break and the ordeal wasted their precious time. Ms Syahidah said that instead of taking only five minutes to complete their prayers, the ordeal took them over fifteen minutes to settle.

This led to some finger pointing from Ms Syahidah, who could be heard saying:

“You wasted our time you know? We did this during our break you know?”

Unabashed, the guard replied: “That’s your problem … Go and see whoever you want to. That is all.”

In her Facebook reflection of the event, Ms Syahidah said that this was not the first time such an incident had happened. She shared that her sister had a similarly unpleasant experience with an Indian security guard at Our Tampines Hub.

This has made the twins feel that most Indians were unfair as they “look down on Malays and [that] Malays are an inferior race to them”.

However, some of her Muslim peers cautioned against labeling Indians as being racist and generalizing.

Situation could have been handled more tactfully

Although the video was of poor quality, it is clear that the Indian supervisor could have been more tactful by waiting for the ladies to finish their prayers before warning them not to do it again.

While we are unclear if there is a law or rule banning Muslims from praying at the stairwell, the ladies definitely had a right to question why they were treated so rudely.

This ordeal is a timely reminded that although we  recite the lines “regardless of race, language or religion” in the pledge, Singapore has some way to go before we achieve complete multi-culturalism. 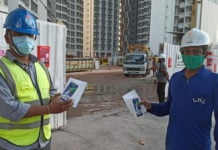