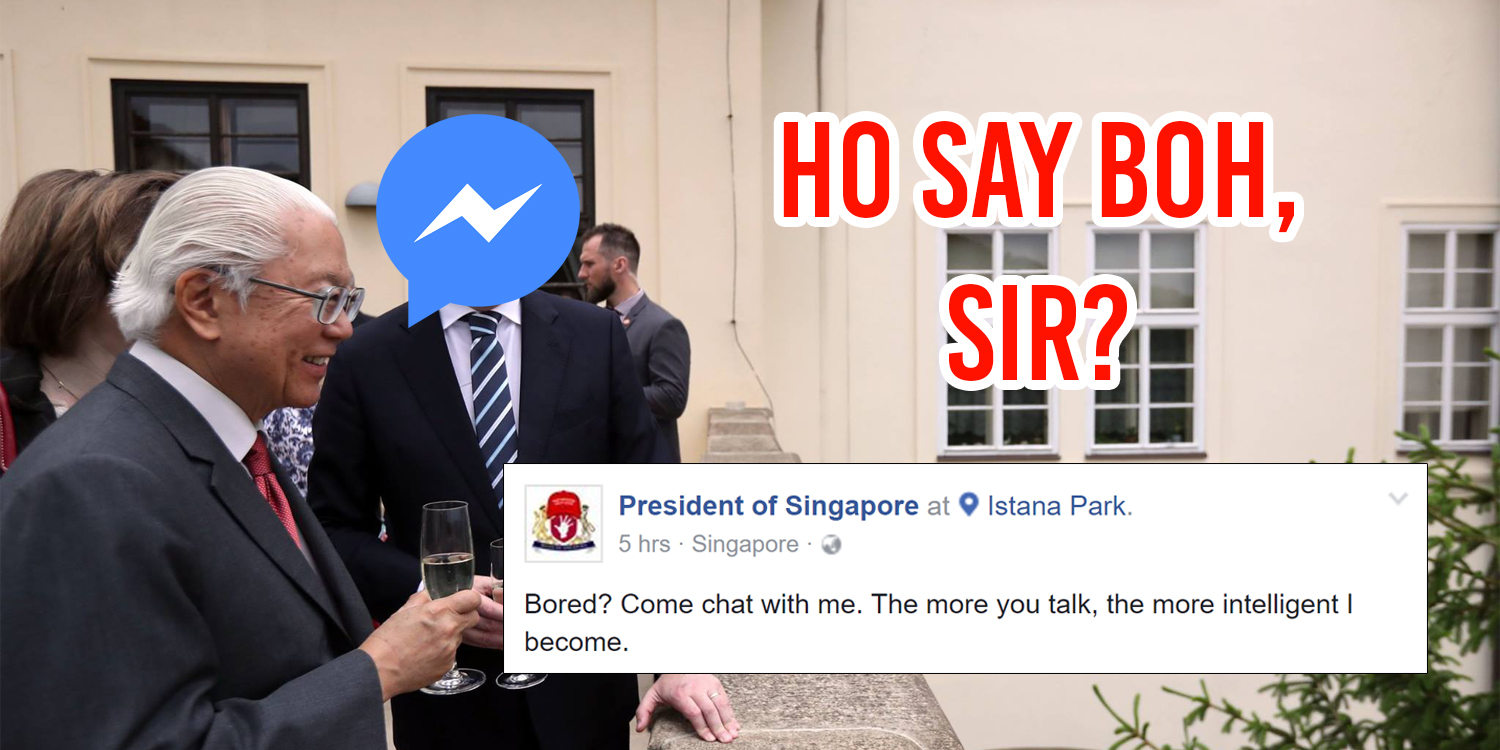 Earlier today while trawling for the latest scoops from reputable sources such as Facebook and Reddit, we came across something that caught our eye. Seeing as how much controversy the upcoming Presidential Elections have stirred up, we found this to be the perfect opportunity to uncover never-before-seen information exclusive to MustShareNews.

And from the President himself nonetheless. Could Tony Tan possibly be hiding behind this Facebook page?

Before we continued however, we first had to ensure that the person behind the page truly was the President of Singapore.

Because journalist school taught us well.

Morning greetings aside, we started off with a harmless question.

Technically he wasn’t wrong but according to this picture taken by the Straits Times, he could’ve been either 1 of the 25,000 present during last week’s parade.

Not to be wavered, we decided to end the casual chit chat and regain control of the conversation. 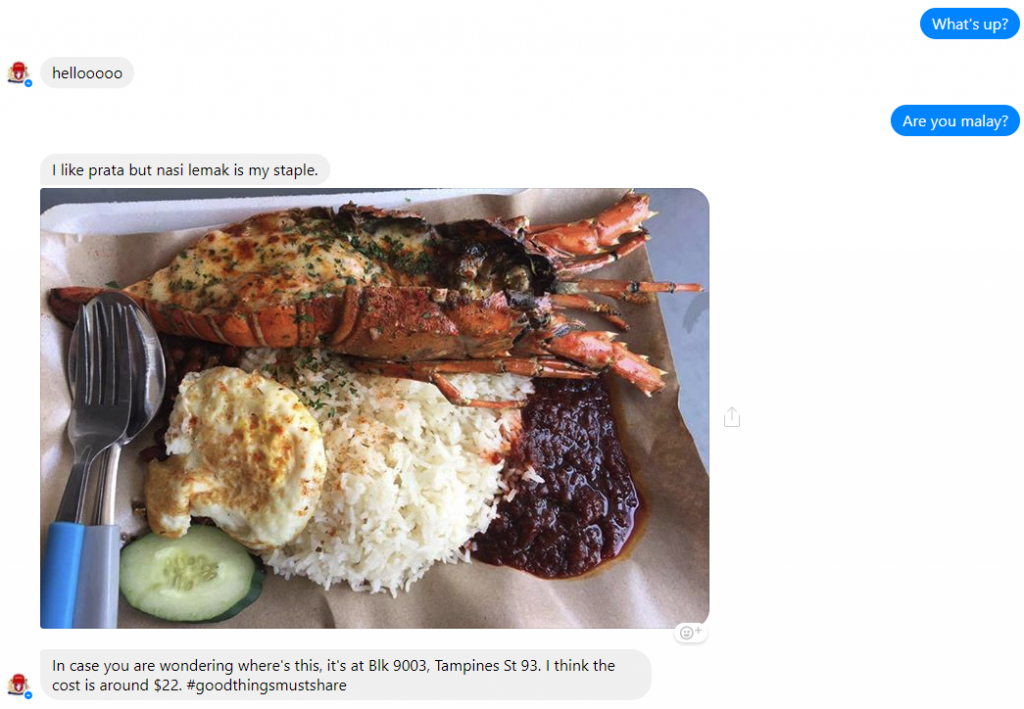 Clearly, whoever was behind this has mastered the art of redirection.

Caught aback by their attempts to thwart our journalism – and hunger – we decided to get nasi lemak for lunch to regain our composure.

After travelling back from Tampines, we opted for a friendlier approach by utilising our social skills to feign interest. That was all the hint we needed to strike. 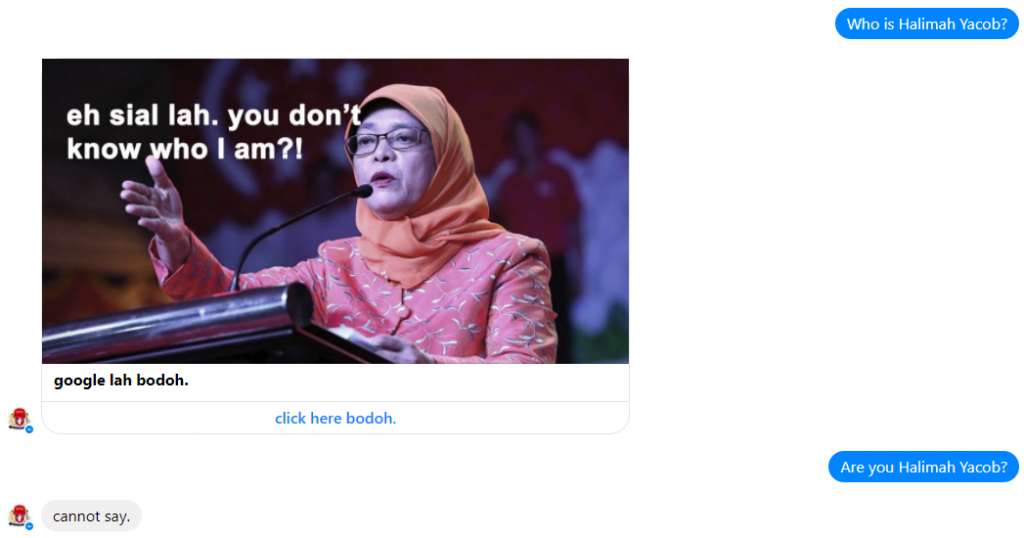 If The Dark Knight has taught us anything, it’s that when someone goes on the defensive, they are definitely hiding something.

We channeled our inner Bruce Wayne and went on the offensive.

We struck we we knew would hurt the most.

Clearly crossing territories no man should ever touch, they went out of line and made this personal.

We had no choice but to resort to our fail safe.

Wounded, we attempted to make a full gambit in a final retaliation.

But the battle was over, we were outclassed.

Defeated, we took our ball and went home.

Perhaps the true identity was to be kept a secret after all.

The only lead we had proved to b- wait a minute. 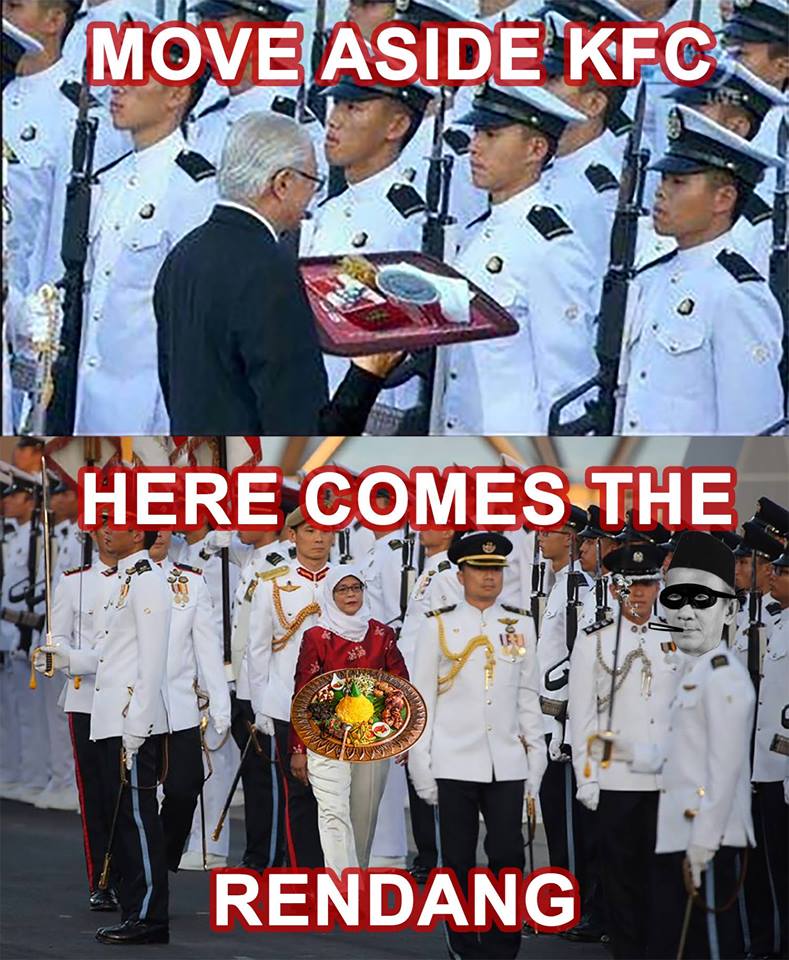 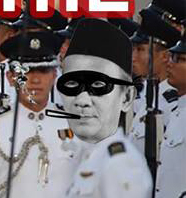 Something about that mask seems oddly familiar. Of course! It was obvious.

The identity of our “President” was sitting under our nose the entire time.

Move over Scooby Doo, there’s a new detective in town.

You can chat with the President of Singapore at this Facebook page.