Must Share News – Independent News For Singaporeans
Home Current Affairs Politics Singapore’s Next Prime Minister Will Be The Least Experienced, Compared To His... 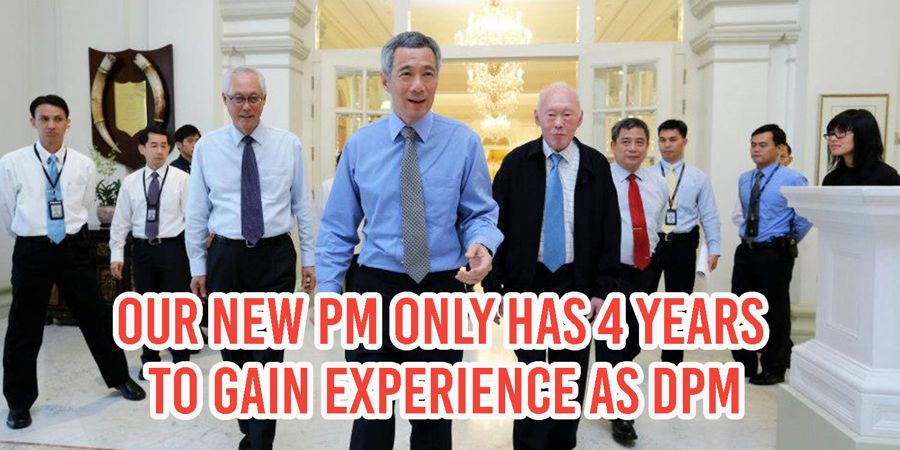 As 2017 draws to a close, the question remaining on most Singaporeans’ minds is — who’s going to be the next Prime Minister of Singapore?

Since Prime Minister (PM) Lee Hsien Loong has yet to tip the scales in favour of three potential candidates as his successor, this presents a serious problem.

Whomever emerges victorious in the PM race will only have 4 years to get familiar with the workload, before PM Lee steps down in 2021 as scheduled.

To provide due context, all previous candidates definitely had longer than that to prepare for the job.

Well, come to think of it, we’ve only had three so far. 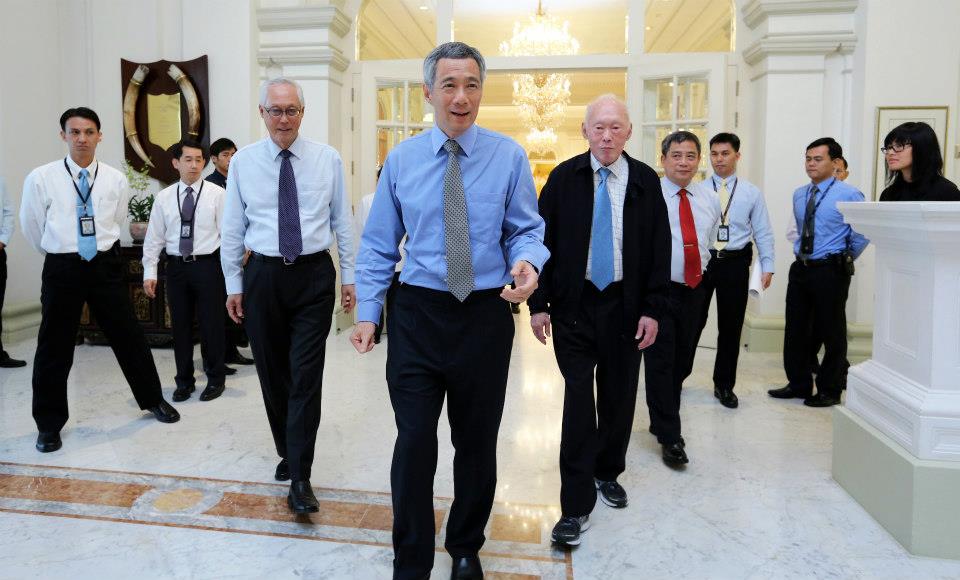 Although a major Cabinet reshuffle is set for early 2018, political pundits are saying that if we go by previous leadership transitions, this may come too little, too late.

PM Lee Hsien Loong to step down at age 69?

This is because he’ll be 69 years old by the time the next general election rolls around in 2021.

Taking a look at our short but eventful history, Mr Goh Chok Tong stepped down at the tender age of 63, while Mr Lee Kuan Yew gracefully  moved to another role created for him at age 67.

We hope the minimum retirement age in Singapore also won’t increase according to the examples our leaders have set.

Succession is a key tenet of governance

Most people don’t know that it was actually Mr Lee Kuan Yew’s idea to ensure that succession was a key tenet of governance in the PAP.

This was simply to ensure that good people will always be at the helm of our young nation.

Ex-Member of Parliament Inderjit Singh shared this sentiment as he commented on Tues (26 Dec),

The future Prime Minister (should have) started taking key duties by now. It is already too late.

Mr Lee summarised it eloquently in a 2007 interview at the Istana,

I’ve only done what I could and had to do, I’ve also ensured succession, so that the system will continue to work.

And fortunately, my successor also ensured his succession.

Mind you, he was referring to Mr Goh Chok Tong who ensured that PM Lee Hsien Loong succeeded him. No surprises there.

But in this belated recruitment hunt, the struggle seems real now for PM Lee to find a person willing and able to do the job.

Previous PMs have been DPM before promotion

Traditionally, potential PMs have served as Deputy Prime Minister before the big promotion — giving them proper exposure and responsibilities on major policies, so they can take on the job with confidence.

Mr Goh Chok Tong – Singapore’s second PM – succeeded Mr Lee Kuan Yew in 1990 after taking on the role of DPM in 1985. He was given 6 years of experience as Deputy Prime Minister, in this carefully managed political transition.

PM Lee Hsien Loong was also made Deputy Prime Minister in 1990, before taking the baton from Mr Goh Chok Tong in 2004, clocking a grand total of 14 years experience.

In a corporate setting, well-crafted succession plans and leadership development programmes are laid out well in advance.

Perhaps in PM Lee’s case, he’s been secretly mentoring his potential successors as well, but we just haven’t been privy to it.

Why can’t our two DPMs take over?

Mr Lee Kuan Yew saw the importance of grooming the next generation of leaders to lead the nation.

He made ensuring continuity a priority, so PAP would eventually learn to function and outlast its founding leaders as an organisation.

This could only be achieved by grounding the party in a mission or purpose, rather than key individuals.

Currently, Teo Chee Hean and Tharman Shanmugaratnam are DPMs. But due to their age, none of them are slated to take over from PM Lee when he retires.

When PM Lee was on holiday, Transport Minister Khaw Boon Wan was enlisted to takeover as acting PM – a responsibility shared with only DPM Teo, but not Mr Shanmugaratnam.

We are left to wonder what’s the point of having two DPMs gaining all this management experience, if they’re never given the opportunity to put it into practice.

Since both DPMs have been ruled out, all eyes are on the younger 4th generation leaders.

But PM Lee has stated publicly that it’s not up to him to decide which of these three will eventually lead the PAP in the future. Instead, the party members will be choosing a leader to represent them in the time to come.

Thankfully, this is as per a tradition set by Mr Lee Kuan Yew. Although he favoured another candidate, Mr Goh Chok Tong was eventually chosen by the party members as the candidate to lead them.

Before serious continuity problems emerge, a worthy candidate should be unveiled soon to usher in a new era in Singapore’s politics.

Hopefully, this next gen leader will have sufficient time to earn the respect of the masses before the next General Election in 2021.

PM Lee has hinted that he will definitely be a familiar face, someone who’s already well-known to the public.

Or maybe he’s just saving his trump card for later. 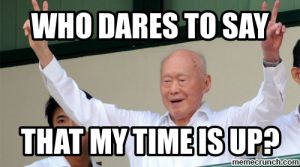