Must Share News – Independent News For Singaporeans
Home News 8 Things Ministers Have Said About Prime Minister Succession, Except For Who’s... 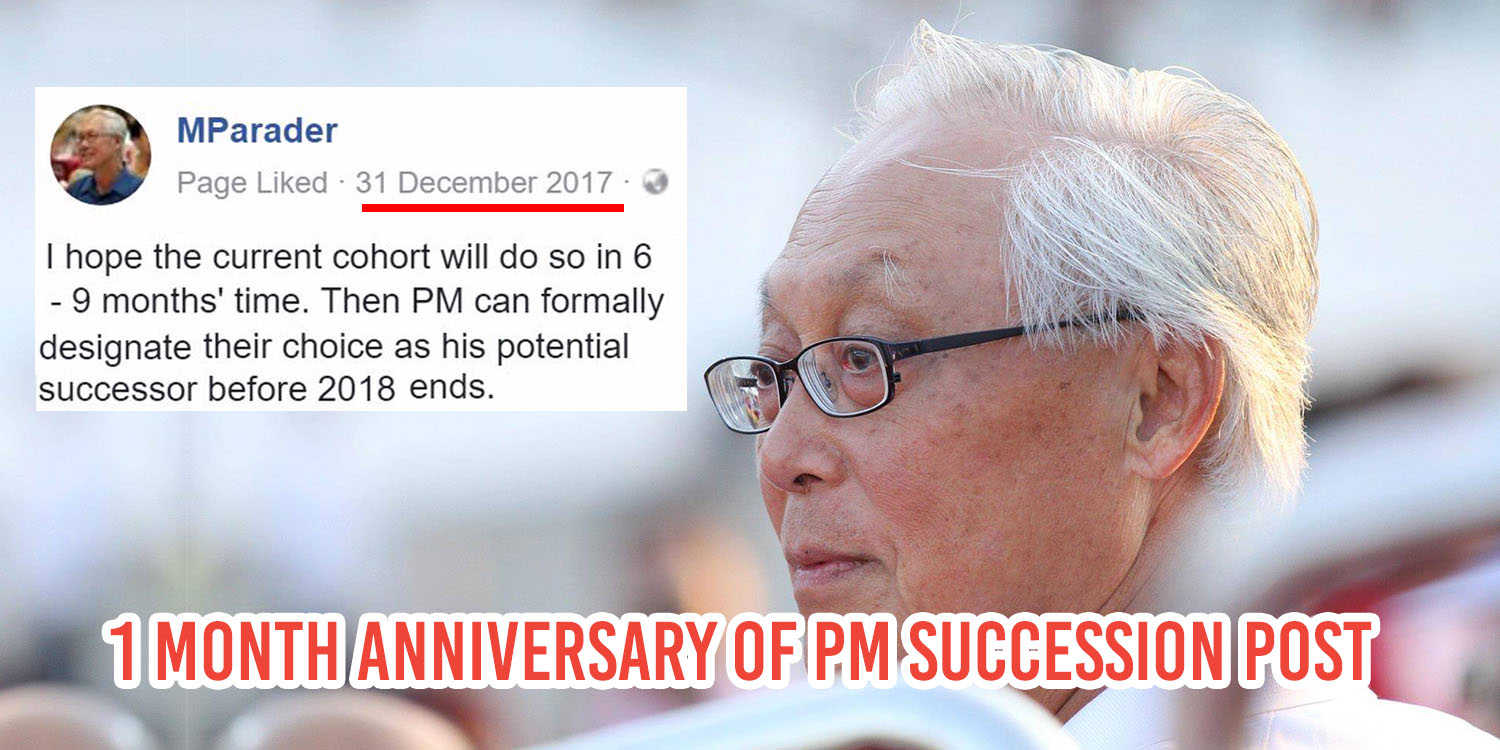 As a very busy first month of 2018 draws to a close, let’s take a look back at the enduring issue of leadership renewal.

Predominantly, the one regarding the issue of the identity of our next Prime Minister.

On New Year’s Eve, Emeritus Senior Minister Goh Chok Tong made a Facebook post urging the 4th Generation (4G) leaders of the PAP to select a leader “6 to 9 months’ time”.

This public statement succeeded in getting the 4G leaders to issue a joint statement 2 days later, in which they declared that a leader will be chosen “in good time”.

In the month since, many different ministers have been approached for their comments on this issue.

Rather unsurprisingly, we still don’t know who’s going to lead us from 2020 onward. 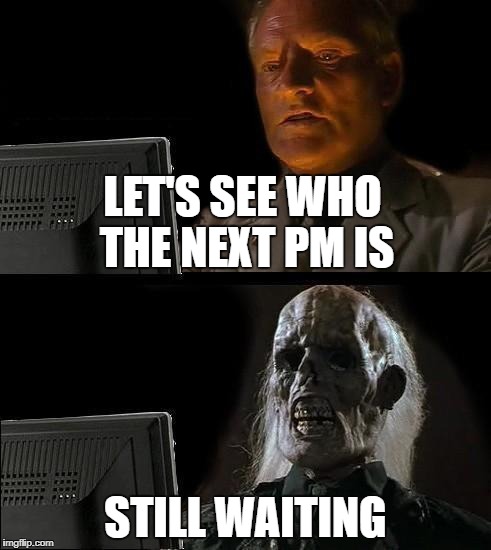 All in due time, young one
Source

Nevertheless, let’s take a walk down last-month’s memory lane to discover just how has been said, about nothing at all.

In an interview with the Straits Times, the MP for Sembawang GRC said that he was “shaping up in [his] mind someone who can be the leader amongst us.”

Declining to name that special someone on his mind, he then added that picking himself “doesn’t sound like it is in the right spirit”.

Many took to interpret this comment as him ruling himself out of the race to be the next PM. 2. Ms Indranee Rajah is tired of your speculation

Who: Senior Minister of State For Finance And Law Indranee Rajah

Ambushed by media at an event in her ward at Tanjong Pagar GRC, Ms Indranee, with a touch of frustration, had this to say,

It’s a question that people ask, and we also recognise it’s a pressing issue. But it’s not the kind of thing you want to be fixated upon, simply because there are other pressing issues like the economy, jobs, social and fiscal sustainability.

You can check out her full comments in this video, as she advises Singaporeans not to become too obsessed with the identity of the new PM.

When asked if a favourite had emerged from the 4G leaders to claim their rightful place at the head of the pack, she laughed it off and uttered the oft-repeated phrase, “in good time.”

At a youth community event in Marine Parade, ESM Goh revealed he had planned for the reaction all along.

Admitting to a reporter that he had made the Facebook post “on purpose,” in order to “elicit the response from the fourth generation.”

After telling the 4G leaders to “get on with it,” he then declared that he had “achieved my (his) purpose”.

Who: Minister in the Prime Minister’s Office Chan Chun Sing

Mr Chan name-dropped the late Minister Mentor Lee Kuan Yew in an exclusive talk organised by the Oxford and Cambridge Society of Singapore, as he shared his thoughts on what makes a great leader. 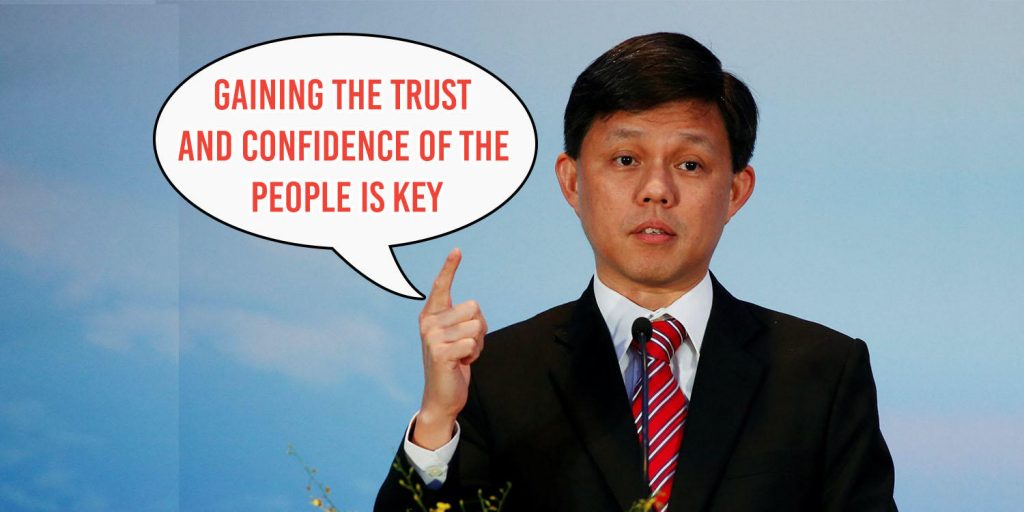 According to the apparent front-runner to the PM position, leaders have to be:

If that isn’t the best recipe to gaining the confidence of the people, we don’t know what is.

Then again, deciding on a PM successor will arguably help PAP gain the trust and confidence of the people as well.

5. Mr Heng Swee Keat is just happy to be here

Mr Heng Swee Keat “really enjoy(s) working with… everyone on the team,” whom are all “serious-minded” and are trying to do their best for Singapore. 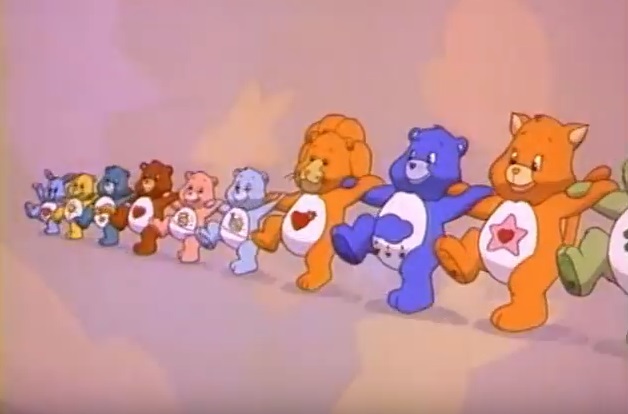 We do our bear-st because we care
Source

Stating that they work very well together, Mr Heng was going on the record to state his thoughts on the the leadership issue at the annual Singapore Perspectives conference.

He’s also no longer taking his health for granted, after being struck by a stroke in 2016. According to him, he “take(s) [his] exercise even more seriously now”.

At the same Singapore Perspectives conference, DPM Teo expressed his hopes the younger generation of ministers would see the benefits of having some “more senior” members in the Cabinet around.

Ostensibly striving for the perfect balance between leadership renewal and representation of seniors in Singapore, DPM Teo further espoused the virtues of this unique feature of Singapore’s political system.

He argued that having former prime ministers linger in Cabinet is “beneficial” and has been “a great help”.

We wonder what are the odds that he’ll be in the group of “more senior” members that the 4G leaders should keep around?

7. PM Lee Hsien Loong’s in no hurry to appoint his successor

PM Lee learned that he could well be 6000km away from Singapore in India, and yet unable to evade the probing questions from reporters about his successor.

ESM (Goh) is speaking with the privilege of watching things rather than being responsible to make it happen. I think we know it’s a very serious matter.

He also revealed, for the first time, that there will be no newly appointed DPMs in the imminent Cabinet reshuffle — slated to take place after Budget 2018 is announced in February. 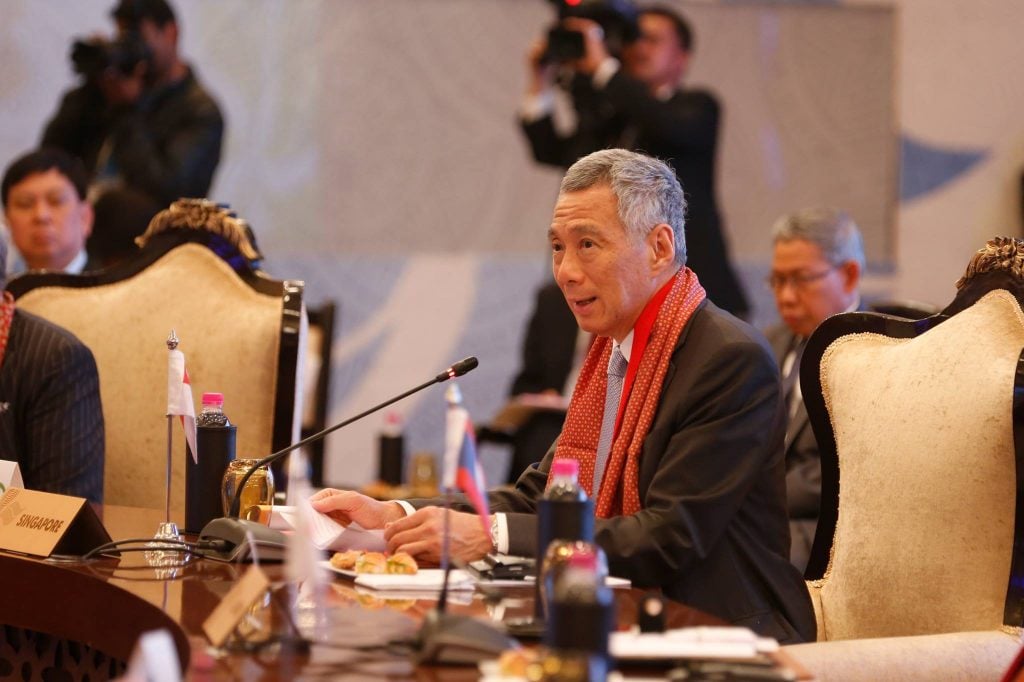 Saying that matters will “take a little bit longer” to unfold, it seems that we are in for a long wait.

Mr Ong Ye Kung backed up PM Lee’s thoughts about his generation’s deliberations about their future leader on Sunday (28 Jan).

The interview, held at a charitable event in Sembawang, also heralded the return of the phrase “in good time”.

Mr Ong also rather bizarrely stated that “We still need time to work together, know each other well and, among us, I’m sure a leader will emerge.”

So two years since the last General Elections is not enough to get the measure of your future leader, apparently.

Mr Ong then famously stated that we should not be constrained by “artificial deadlines” for important matters like PM succession.

A long wait is in store

Judging from what we’ve seen in the past month, it seems that what hasn’t been said is infinitely more valuable than what’s actually been said in a month.

Two years since the last GE and an extra 6-9 months may not be enough to solve that either.

However, since no new DPMs will be appointed in the near future, we can’t help but wonder if the new PM candidate will have enough experience before taking on the job.

If future months shape out as January has, we’ll be in for a long, long wait for our 4G leaders’ minds to be made up, about the identity of our next PM.

Or you know, while we wait, #TharmanForPM anyone?