Will we live to see the start of the Singapore Democratic Workers’ Party?

It has only been a week since the end of the 2015 General Election (11 Sept), but Dr Chee Soon Juan, Secretary- General of the Singapore Democratic Party (SDP), is already planning his opposition strategy for the next General Election set to be held by 2020.

Last Sunday (13 September), Dr Chee wrote on Facebook that he is open to the option of working together with the Workers’ Party (WP) to “present a more coordinated opposition strategy”.

While the possibility of a coalition between the Rockets and the Hammer is still in the air, MustShareNews analyses the prospects of this framework, and we are very excited. 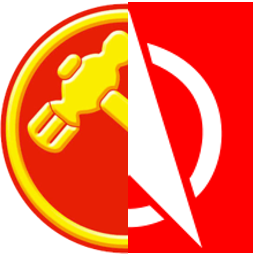 1. Greater pool of talents in one team

The amalgamation of the two biggest — and perhaps most credible — opposition parties in town will allow an opposition alliance to finally accumulate a greater pool of talent in a single team.

In the 2015 General Election, both parties arguably dominated the Opposition slate with the best speakers in Dr Paul Tambyah and Chee Soon Juan from the SDP, and Leon Perera and Sylvia Lim from the WP. 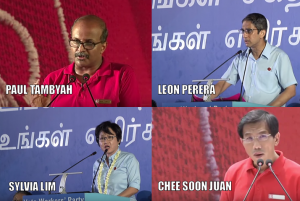 But politics is not just about wowing the crowds with flowery speeches — qualifications also count.

Based on the 2015 General Election, both parties boast a total of 6 Lawyers, 2 Engineers, 4 Lecturers, 2 Chief Executive Officers, 4 Directors, 3 Accountants, and a Doctor.

In view of the next General Election, attracting talented candidates will be much easier for both parties if they merged. The SDWP may be strong enough to actually legitimately challenge the People’s Action Party (PAP) for something more than “checks and balances” or promise to “work with the PAP“.

If the SDWP does pan out, the newly merged party will be able to attract a bulk of talented candidates looking to join an opposition party.

Faced with a dearth of talent, other opposition parties may be forced out of the political race in Singapore.

A direct SDWP vs PAP battle may result……

….. and that could exactly be what Workers’ Party Chairwoman, Sylvia Lim be hoping for.

Last Saturday (12 Sept), Ms Lim had reflected on the GE results and opinionated to the media that the all-out contest by the various Opposition parties in Singapore could have backfired.

She explained that there was “a perception that the opposition movement is growing strong, and there could have been a pushback on that, because people still feel comfortable with the PAP as a government”.

In other words, the Opposition strategy of contesting all seats could have prompted undecided voters to opt for PAP, out of fear that the PAP could lose power.

Both Ahmad and Xiao Ming are “middle ground voters” who may agree with some Opposition policies, but maintain that PAP should ultimately form the next Government of Singapore.

Due to the strong and seemingly popular opposition movement, both Ahmad and Xiao Ming think that there is a high likelihood that the other person will not vote for the PAP.

Both Ahmad and Xiao Ming thus face the possibility that there is a chance that PAP may NOT form the next Government.

In the face of this dilemma, both Ahmad and Xiao Ming cast their votes for PAP to ensure that PAP can form a Government. 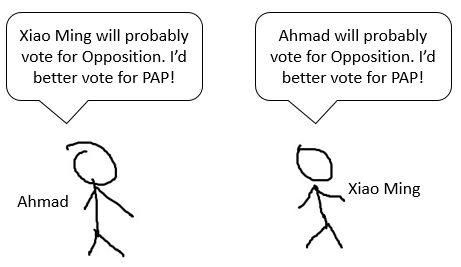 According to Ms Lim, this train of thought could have led to PAP enjoying a 9% national swing.

SDWP can avoid this scenario at the next General Election by rendering other opposition parties irrelevant by monopolising talented candidates.

The hypothetical party can then selectively contest in constituencies which they are confident of winning, while allowing walkovers in the other constituencies; thereby ensuring middle ground voters that the PAP is at least able to form a simple-majority government.

With the knowledge that PAP already has a simple majority to form a government, the “by-election effect” may come into play — where middle ground voters support the idea of voting for the Opposition without worrying that the PAP may fall out of power.

…. and it can be akin to combining the brain with the heart.

Low Thia Khiang has been the Secretary-General of WP since 2001, been in Parliament as an Opposition for 24 years and counting, and he has succeeded where even legendary Chiam See Tong failed — to lead his WP team in capturing a Group Representation Constituency (GRC) while retaining his “home” Single Member Constituency.

Mr Low’s track record alone proves that he is a brilliant politician. 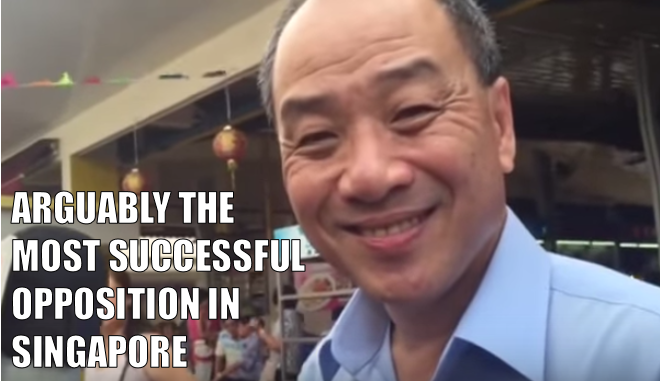 Mr Low is also now among the first Opposition members to successfully defend a GRC in Aljunied.

On the other hand, Chee Soon Juan is an Opposition member with a big heart.

Dr Chee has been tirelessly fighting for his democratic ideals in Singapore for 25 years.

He has been jeered at, sued, jailed, and bankrupted along the way, but the passionate politician continues the fight.

In one of his most notable election rally speech, Dr Chee showed Singapore exactly where his heart belongs —

You know, many people have said to me, “Dr Chee, why don’t you just leave the country for somewhere else? With your qualifications, you can find a job elsewhere, and live comfortably with your family.”

I have never considered that, not even for a moment.

No, I cannot leave, I will not leave.

This is my home, I know of no other.

The cooperation of Low Thia Khiang and Chee Soon Juan will present PAP with a challenge stronger than any they have faced before.

Traditionally, the Workers’ Party has been the Opposition of the East, whereas the Singapore Democratic Party mainly focuses their campaigns on the West of Singapore.

SDWP can allow both parties to carry out their campaigns in a concerted manner where both parties can potentially trap the PAP in the middle as they approach from both sides of the island. 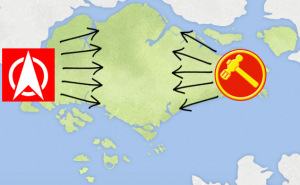 Why does this matter?

With a political war not being a physical one, how does the physical position of SDWP benefit?

It’s not cheap to run an election campaign in Singapore.

In economic sense, the alliance may translate to more efficient allocation of resources for both parties in their campaign. SDWP can also tap on greater economies of scale that usually accompany bigger party units. 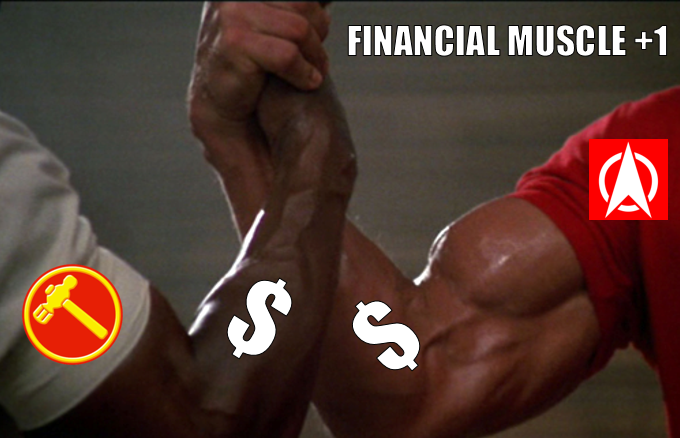 Despite their iconic statutes, both parties are also beset by their own weakness.

WP has consistently been criticised for not having a stand and “flip-flopping” on important issues in the Parliament. PAP Secretary-General and Prime Minister Lee Hsien Loong once swiped WP for being low profile in Parliament but turning into “tigers and heroes” come election.

In case you missed it, the WP’s ideology is also actually relatively similar to the PAP’s.

In 2012, despite criticising the high Minister salaries a year before at the 2011 General Election, the WP had shifted their position to be almost in line with the PAP.

If the WP is a party without any fixed ideology, SDP belongs to the other extreme. SDP may actually be too idealistic.

At the 2015 General Election, the SDP pushed for liberal and idealistic policies like free healthcare, free education, higher taxes on the higher income, cut in military spending, minimum wages, freedom of speech, and the like.

As nice as these policies may sound, they may not be workable in reality as Deputy Prime Minister Tharman Shanmugaratnam had helpfully pointed out during the election, and judging the results of the 2015 General Election, Singaporeans may not be buying it either.

No Ideology + Too Idealistic

SDWP may combine both extremes and lead to an average centralist view, as both SDP and WP strive to meet a common ground for their ideologies that may actually appeal to Singaporeans.

However, this could also be where the party will crumble, as the gap in ideologies may prove a bridge too far. Keep in mind that a chief reason for Singapore’s relatively large number of opposition parties is because nobody can see eye to eye.

7. Finally being big enough to challenge the PAP

In recent years, Opposition parties in Singapore has been facing the problem of not being big enough to be able to contest enough seats that may allow them to directly challenge the PAP to form a Government.

At GE2015, WP only had enough candidates to contest for 28 seats. Even if we assume that they won every seat, WP will only be able to control 31.46% of the Parliament.

SDP on the other hand, was only able to contest 11 seats, which translates to a mere 12.36% of the Parliament.

In both scenarios, the People’s Action Party still controls 2/3 of the Parliament (assuming that the PAP wins the rest of the seats).

However, SDWP would have challenged for 39 seats at GE2015. If SDWP won all contested seats, PAP will still have a simple majority in the Parliament, but will be deprived of a 2/3 majority for the first time since 1959. 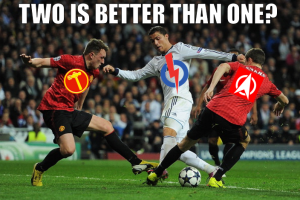 Is this really possible?

Is this a prospect that Singaporeans can relish before the next General Election? Well possibly….

Despite never being publicly photographed together, if Low Thia Khiang and Chee Soon Juan do cooperate, it will not be the first time two high profile Singaporean opposition members join hands to take on the PAP. 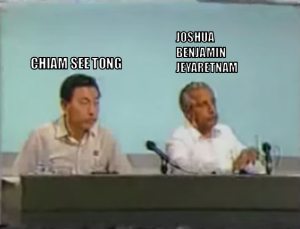 30 years on, the new Secretary-Generals of the SDP and WP may be joining hands once again on a larger scale.

Having said so much, it is easy to assume that the SDP – WP Alliance may be beneficial. However I should warn that SDWP will definitely face it’s fair share of challenges as well, but that belongs to another article.

Although the prospect of SDWP may sound exciting for some of us, the idea probably won’t go down well with someone —