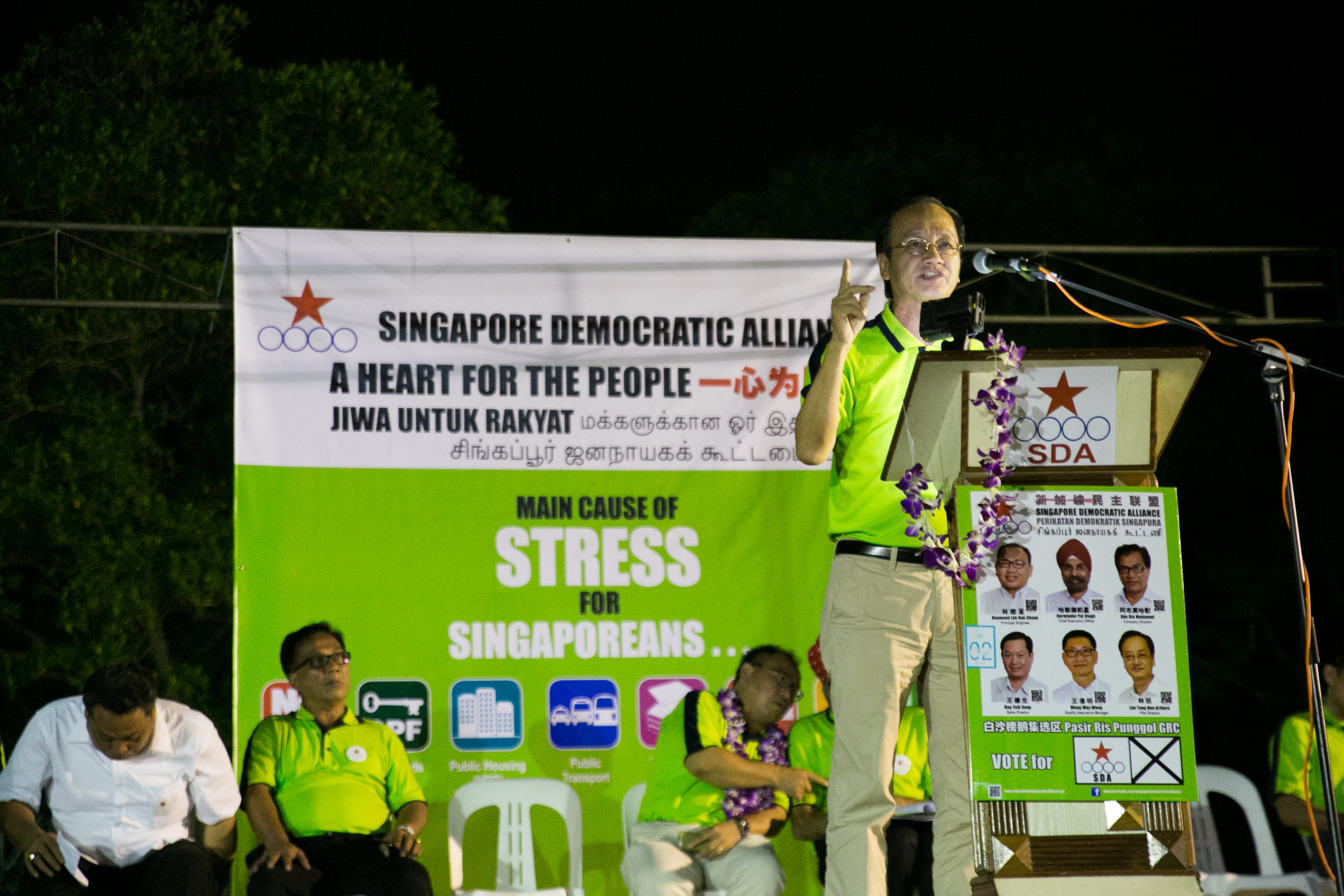 It was a night of personal attacks

The third night of rallies was another exciting one, as parties didn’t let up in their united pursuit of gaining votes. Here are some of the best things they said:

Opposing with class and not with fire

“Buses are like sardine fishes. MRT lagi worse, no need to say, so many breakdowns… take taxi, even hantu not scary, but ERP is.”

(Ed: We’ve got a special article dedicated to the awesome quotes provided by the Reform Party here.)

The grey hair card is now a thing

How can Yishun not be Yishun? How can Woodlands not be Woodlands? And how can Serangoon Central be a part of Marine Parade GRC? They are like 15 kilometres apart! To me I feel that this is absurd.

Who knows, one day Woodlands will be part of Jurong?”

“We promise to listen to you every day, not just once every five years.”

On suicide team at Aljunied

“I decided to come talk to you here because I wanted you to know that I’ve sent a good team.”

“You know me and you know my character and personality, and I’m telling you if the PAP comes back here, eh sai ah!”

“[I] couldn’t sleep after adrenaline rush of rally yesterday. Tried counting sheep but it didn’t help as they’re all in white.”

“Our biggest struggle is not against the PAP, but against what the PAP has done to our minds.”

“Bring us home to Aljunied.”

Of mice and PAP

“A PAP MP might think he’s a lion in Parliament, but when it comes to the vote, he’s the mouse. A little white mouse!”

“The PAP’s manifesto is called Moneyfesto.”