On Friday (4 Sept), MustShareNews headed down to the Reform Party’s rally at Yio Chu Kang Stadium to hear what they had to say.

And some of the more outspoken candidates gave us amazingly newsworthy quotes that either left us worrying for their well-being, or simply scratching our heads in bewilderment.

Read on to find out what they had to say. 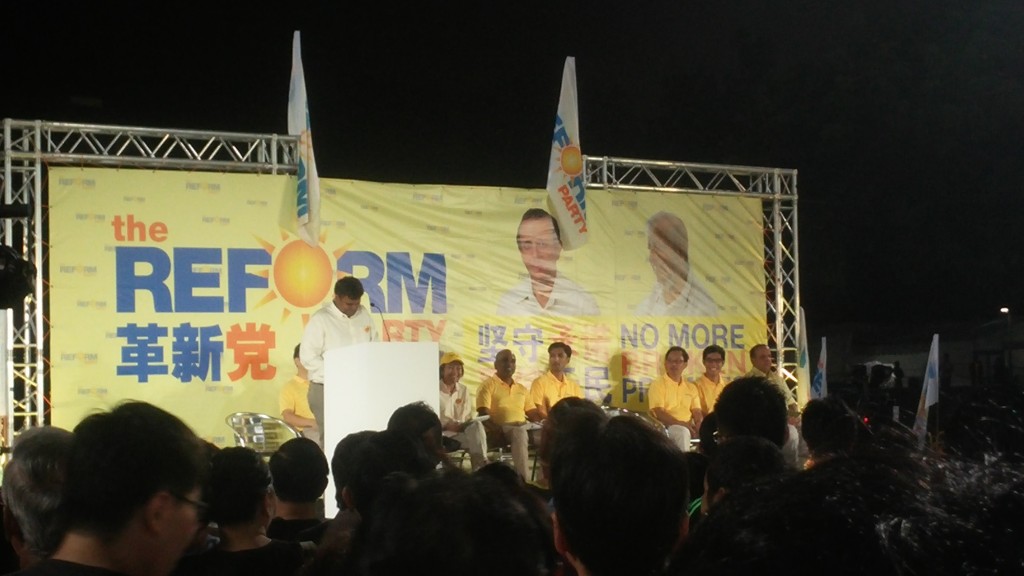 1. (At the end of his speech)”..Vote for Reform Party! Thank you. Thank you all for coming. Thank you Kenneth (Jeyaretnam) and the rest of my team. Thank you policemen for helping to ensure security and thank you sound man for setting up the sound. Thank you!”

Mr Siva — a first-time candidate — is clearly not afraid to show his eagerness and gratitude at competing in his first elections. 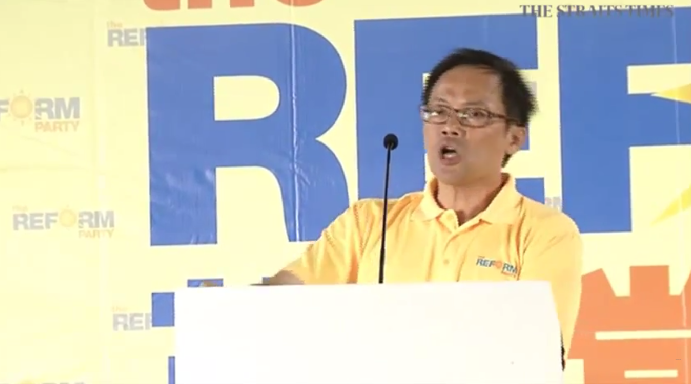 2. “Something is very wrong here. We want to have our cake and yet NOT EAT IT!”

Yeah, we didn’t get that one either. And we soon realised Jesse had a lot to say, but it all came across rather messily:

3. “We will be very happy once we go into Parliament! As a minister, we will work for you!”

4. “I want everyone to pick up a car. Because you know, many people should pick up cars. Because employers like that.”

5. “But you know, I also like MRT. We want to have reliable and affordable public transport.” 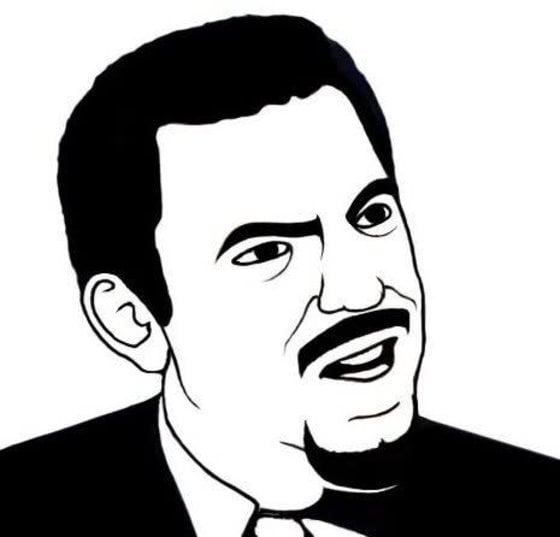 6. “We want to have an inclusive society. We want old people to come out and mingle. We are here, so that we can go into the Parliament! We can’t keep using the army to direct people here and there. We need to make a stand because it is such a huge infrastructure. We need to have Singaporeans employed more!”

We just want you to slow down on the caffeine, Jesse. But wait! He wasn’t done..

7. “You know the Oscar award? Singapore also have Oscar award. A lot of old people go to the trash can, become Oscar from Sesame Street, looking for food. We don’t want that kind of Oscar award.”

This was actually pretty funny, if not for the fact that it might have come across as insensitive. 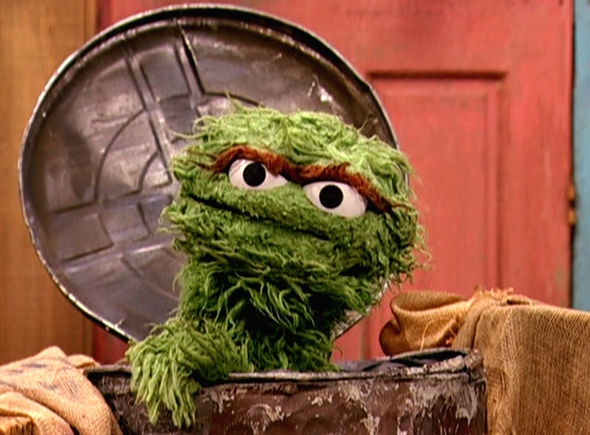 8. (This year’s Polling Day falls on September 11) “I hope comes 9/11, don’t think about the twin towers and terrorism, and don’t speak about ISIS. They (PAP) don’t speak about such thing because they create instability in your HEART!”

After his performance today, we’re looking forward to hear what Mr Jesse Loo has to say in the other Reform Party rallies.

Gilbert Goh, introduced as the “speaker from Hong Lim Square”: 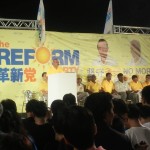 9. “How many of you came to see our first protest on the White Paper?” (About 50 people eagerly raise their hands.) “Yes, I see at least five thousand of you. Thank you for coming to support us.”

10. “Three weeks ago, the police called me up and gave me a warning.” (Boos are heard from the crowd.) “Hey, they are here, you know.” (Laughs and gestures to the police officers on duty.) “Let’s give them a hand (laughs) for doing their job well.”

11. “Do you feel like the Prime Minister is a traitor, Singaporeans? He is a traitor! He sold us out!”

(This is the quote that really got us worried for Mr Gilbert Goh.)

12. “We asked (then-Transport Minister) Lui Tuck Yew to step down last year, and he has. I’m happy he has stepped down. Let’s give Lui Tuck Yew a hand for stepping down.” (Audience applauds).

13. “They are bringing in generals to rule us. It is becoming a militant government. There are at least ten generals in the Cabinet – in Parliament.”

14: “This is one lawyer who dared to cross-examine Lee Kuan Yew! Please welcome M.Ravi!” 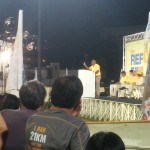 15: “The emcee said that I am a lawyer, but I have yet to get my practicing certificate, and when I do, I will inform you all of the outcome.”

This was an intentional joke — in reference to Ravi’s slip-up on Nomination Day — and many in the audience fell for it. But it drew appreciative laughs.

17. “They want to do a $38 million estate upgrading project. Is this upgrading? This is DOWNGRADING your intelligence, because this is not the PAP’s money, it is the people’s money.”

So to upgrade, we must downgrade? Hmm.

The Reform Party secretary-general was next. In a loud and authoritative voice that would make any National Day Parade Commander proud, Kenneth Jeyaretnam proceeded to devote an entire speech to PM Lee Hsien Loong. 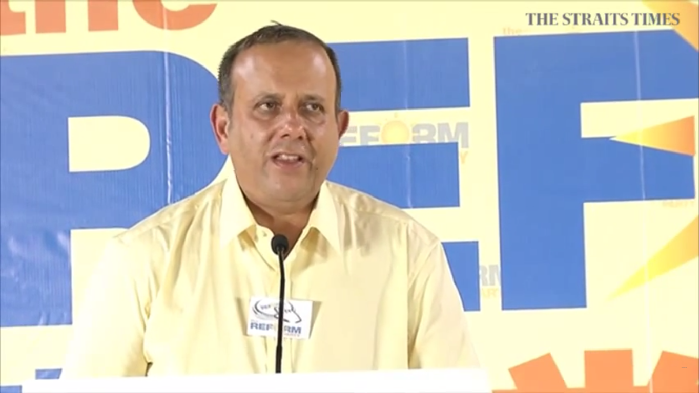 18. “A lot of people have been making comments that I have deliberately assembled a team to give Lee Hsien Loong nightmares! Well, maybe I have!”

19. “Lee Hsien Loong has assembled a team including a game show host and a doctor who told everybody he believed everyone owned two cars!”

20. “Lee Hsien Loong has never had to take a job interview in his life! His only job is “Professional Son” and “Professional Heir”! To what can only be, ENORMOUS WEALTH!”

21. “And if he is so confident, why did he have to call snap elections? [The elections were] so snap, that we didn’t have time to print posters!”

22. “He is also a man who cannot talk, as every time he is without a scriptwriter, he reveals some very unpleasant truths!”

23. “To be fair to Mr Lee, he is a very talented sportsman. He knows how to fix the electoral game, fix his opponents, and is an Olympic-standard player at dodgeball!”

The last (notable) speaker was Roy Ngerng, who made sure we wouldn’t forget the cause he had championed for a while:

27. “Is this the kind of checks that you want? Only know how to check opposition; checkmate Singaporeans; but don’t check themselves? Even have to wait for a BLOGGER to check them some more!”

Well. One thing we’re sure of after tonight — all of these Reform Party candidates are outspoken and very unique people who aren’t afraid to say what they feel.

We’re certainly looking forward to the next batch of quotable quotes from their next rally.

If you want to watch the full speeches, you can check out the 3-hour long YouTube video here:

All other images via MustShareNews 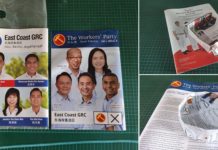