Must Share News – Independent News For Singaporeans
Home News Latest News New HighBlood Dating App’s Ad Is So Racist That It Will Make...

Those who have used dating apps know that there are potential suitors that you just aren’t interested in, for some reason or other.

But there are some who think those undeserving suitors are somehow of a lower status than them — and a dating app that caters to these most bigoted elements of society may soon be online.

HighBlood.co, a supposed dating app that purports to weed out undesirables like “banglas”, maids and “uglies”, may soon be online. Here’s its charming teaser advert: 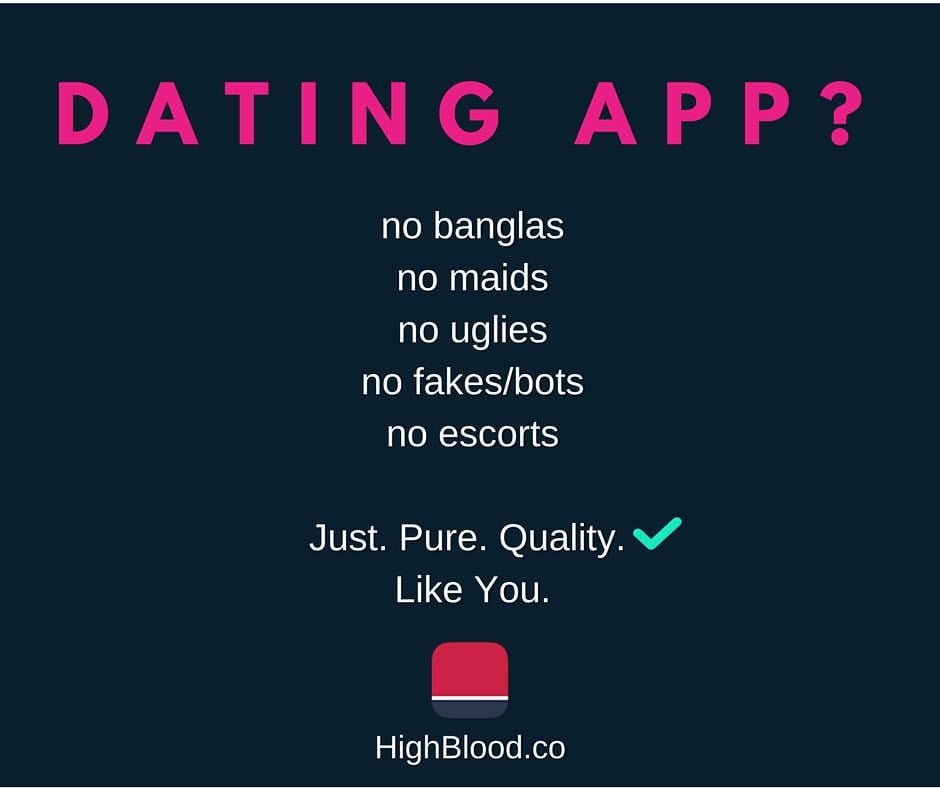 Rise Of The Racists

Doesn’t the name “HighBlood” just bleed with elitism that will make you appreciate Tinder much more?

We checked out the HighBlood.co website, and its chilling red background paired with the red-and-black logo actually looks like something that Hitler would have come up with if he was still living in the 21st century:

It supposedly will allow users to weed out potential suitors based on income, profession and whether they went to a “prestige school” or not.

We think all it’s missing is a red swastika.

Just…wow. We actually hoped that it was some form of satire, but it even has a founder who is willing to show his face.

In fact, he seems proud of making so-called “intelligent” social apps. How “intelligent” is it to produce an advert that’s elistist, racist and will alienate people?

We present to you 29-year-old Herbert Eng. Check out his profile on Medium and Facebook.

Many Singaporeans have produced amazing innovations and we’re proud of them. However, we’re not proud of the innovators who mess up big time due to cluelessness, lack of self-awareness and misjudgment of netizens’ tolerance for racism and elitism.

It’s one thing to be honest and have a disdain for fake profiles. It’s another thing to be plainly racist and status-conscious. 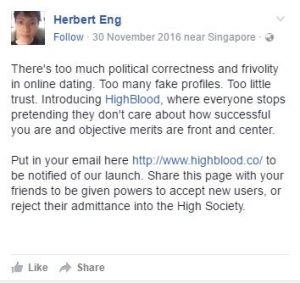 Although calling 29-year-old creator Herbert Eng another Hitler is quite a stretch, the two definitely have one thing in common: egotism.

With a degree from the Wee Kim Wee School of Communications in Nanyang Technological University, we’re guessing that he took a class in egotism, so much so that he sees fit to place himself in the so-called “92nd percentile”. 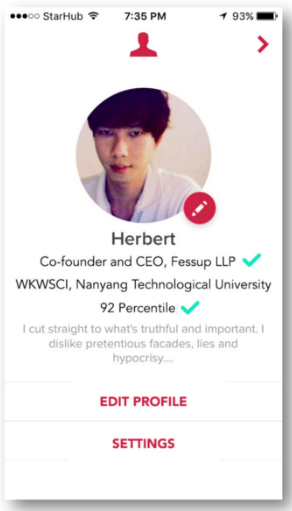 We guess we should be thankful that he’s “truthful”, as it has allowed us to see his egotism for what it is. No swiping right on someone like him.

Looks like he has already lost some friends, we wonder why:

jumping into entrepreneurship has one certainty – losing (mediocre) friends

And by the way, Herbert, before you talk about weeding out the uglies, perhaps you should look in a mirror, as you’re not that good-looking yourself — which would be just fine if you weren’t so concerned about the looks of others. 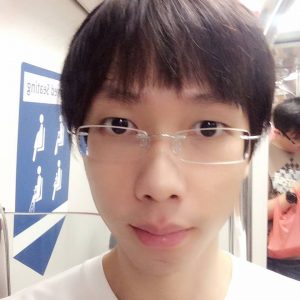 And of course, netizens responded with distaste towards the app’s advertisement on its Facebook page:

Even though we understand the intentions behind the app, which is to ensure authentication in online dating, the marketing is so discriminatory that one commeter, like us, could not believe such an app could actually exist.

As the app doesn’t seem to have launched yet, there’s still a chance this is all a joke or some weird social experiment. The question mark after “dating app” in the advert may be a clue.

But if it’s real, let’s just cross our fingers that our dear friend Herbert opens his eyes to his mistakes and changes his approach.