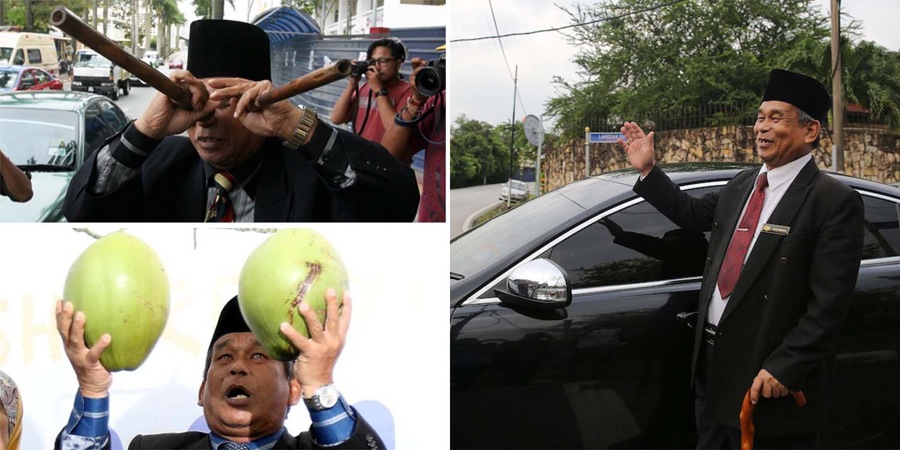 Will Mystical Raja Bomoh Spell The End Of Najib’s Woes?

Remember the dude who tried to find MH370 by waving 2 coconuts in the air?

He arrived, as usual, in pomp and style, rolling in in a black Jaguar.

Ever the flashy bomoh (Malay shaman), his ride even bore a plate that read “Raja Bomoh VVIP’. 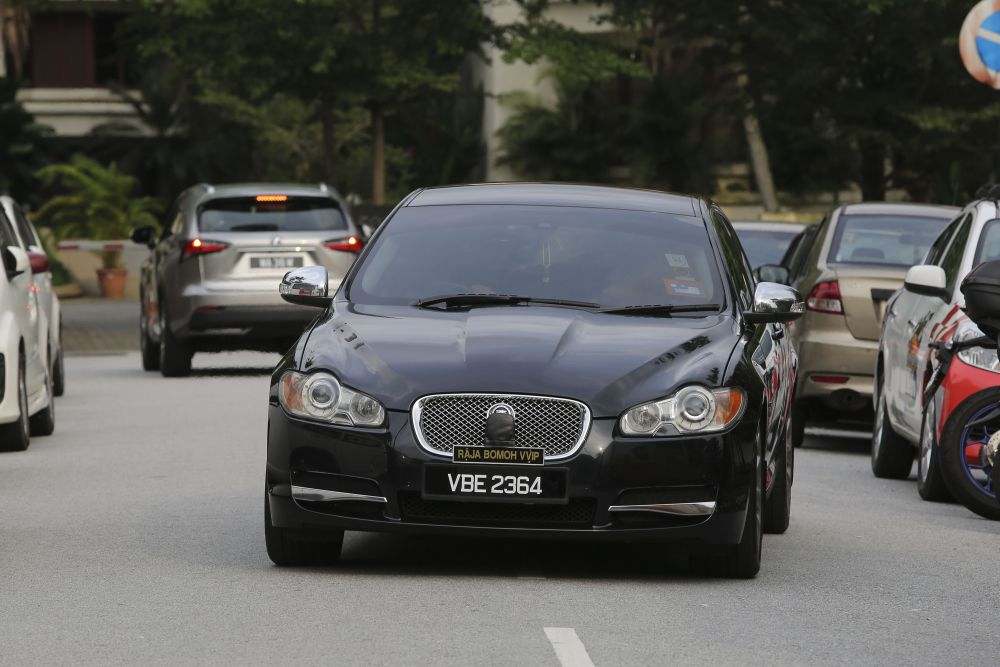 That was weird for two reasons:

He was disqualified from running in the recent Malaysian General Election because of bankruptcy.

Did he level up his powers in recent days to successfully call upon the elements to send him that Jaguar?

Apparently not. According to the Malay Mail, the Jaguar was just a borrowed car.

It belongs to a woman who lives in Salak Tinggi, Sepang.

2. He’s not actually a bomoh

Secondly he ain’t no bomoh.

In 2017, he apologised for performing various rituals and claimed that he was ordered to do them.

He later renounced the “Raja Bomoh” title and described his antics in this way:

All of it was drama.

So we wonder waddup with the “Raja Bomoh VVIP” plate.

But let’s just refer to him as our famous “Raja Bomoh” for now.

Why go to Najib’s house?

He was our former prime minister who has made contributions to the country.

Ever ready to share their opinions, netizens have begun to put forth their ideas.

Someone suggested that the Raja Bomoh would spin a little Aladdin magic to help Mr Najib and Mdm Rosmah Mansor escape, since travel restrictions have been imposed on them.

If anyone’s feeling down and needs a good laugh, the Raja Bomoh is here to make your day.

We’re about run you through some truly iconic things that only a man who looks into the future through bamboo poles can think of.

He really put his best foot forward for the MH370 search and rescue efforts.

In a scene seemingly inspired by the Disney film Aladdin, he performed rituals with “Zam-Zam” water, coconuts, a “magical” walking stick and a carpet.

The purpose of the fruity ritual was to “weaken the bad spirits so that rescuers can find the plane if it indeed had crashed”.

But netizens saw the humour and came up with their own parodies:

Others have also tried their hands at supernatural abilities: 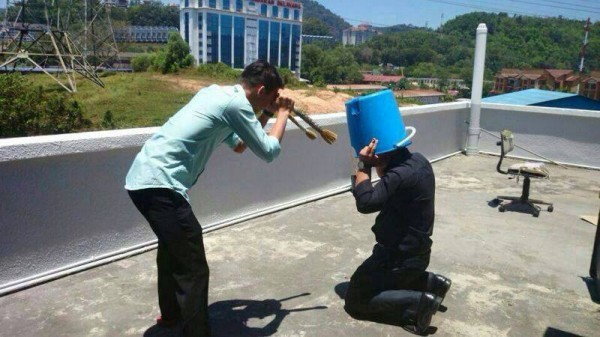 In an earlier session, also held at the Kuala Lumpur International Airport, the Raja Bomoh constructed a pair of binoculars out of bamboo and fish trap hook to locate the plane.

The Chinese have a saying, “jing di zhi wa“. We’ll leave you to make the link.

Armed with his handy coconuts and bamboo sticks, the Raja Bomoh was found outside a Malaysian prison in 2015.

It was later revealed that he was helping ward off “four evil spirits” summoned by enemies of then-jailed opposition leader Anwar Ibrahim.

A video uploaded to the Sukan Star TV Facebook page showed him praying,

Dear God, protect Anwar and ensure that he is safe from people with malicious intentions.

Just sayin’, those ready to pooh-pooh him must note that Mr Anwar is out of jail now and on the path to political power once again.

When diplomatic ties between Malaysia and North Korea turned sour, the Raja Bomoh was there to save the day.

He conducted rituals to “to protect Malaysia from any threat or attack from other countries especially North Korea”.

He even tried to “soften the North Korean Supreme Leader’s heart” through his rituals.

Are his powers intact?

But Raja Bomoh didn’t have his signature bamboo sticks and coconuts with him when he visited Mr Najib (unless they were in the Jaguar).

Featured image from Rojak Daily, The Star and Malay Mail