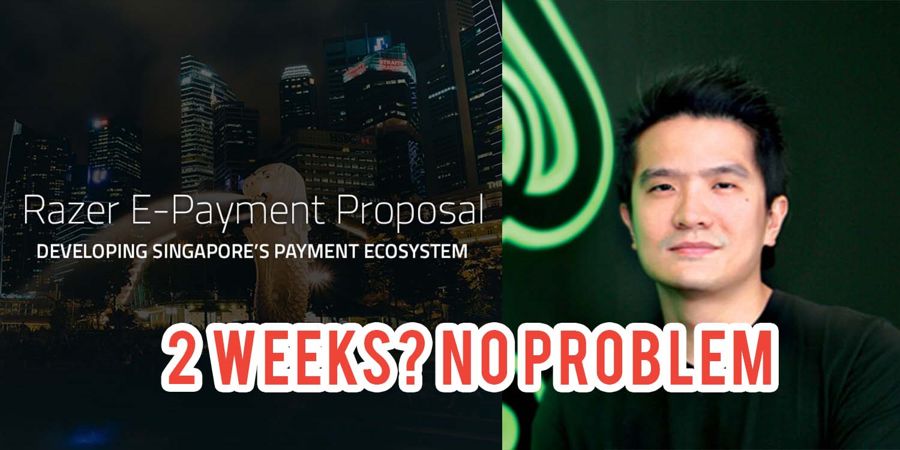 When Razer CEO Tan Min-Liang told PM Lee on 24 Aug that he would submit a proposal to have an e-payment system up and running in 18 months within 2 weeks, some of us were apprehensive, given these are ambitious deadlines.

However, Mr Tan has met his first deadline having submitted his proposal to PM Lee on 7 Sept, exactly 14 days after his announcement.

In a Facebook post on the same day, Mr Tan announced the submission, as well as releasing a 9-page executive summary of the proposal to the general public. 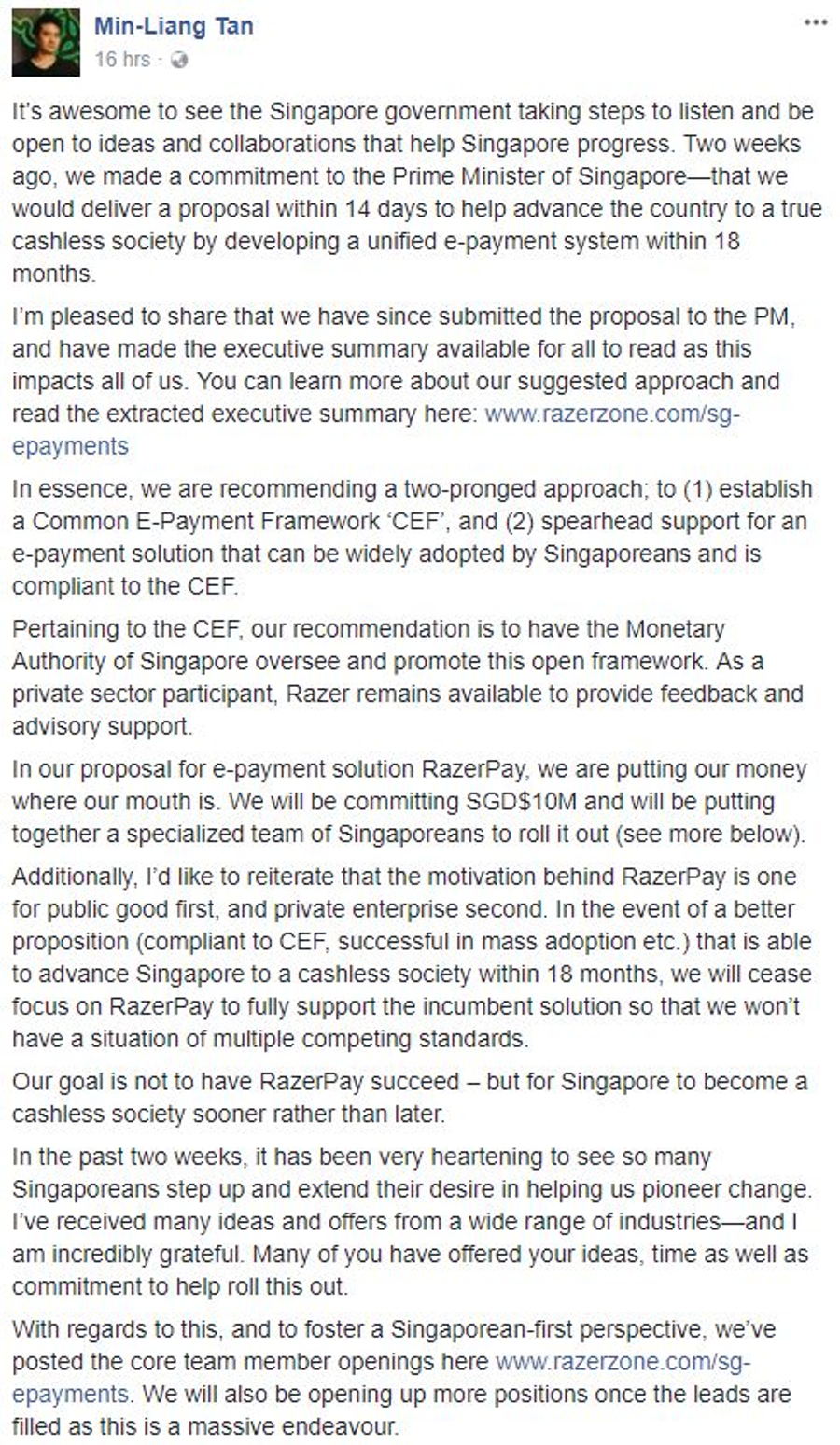 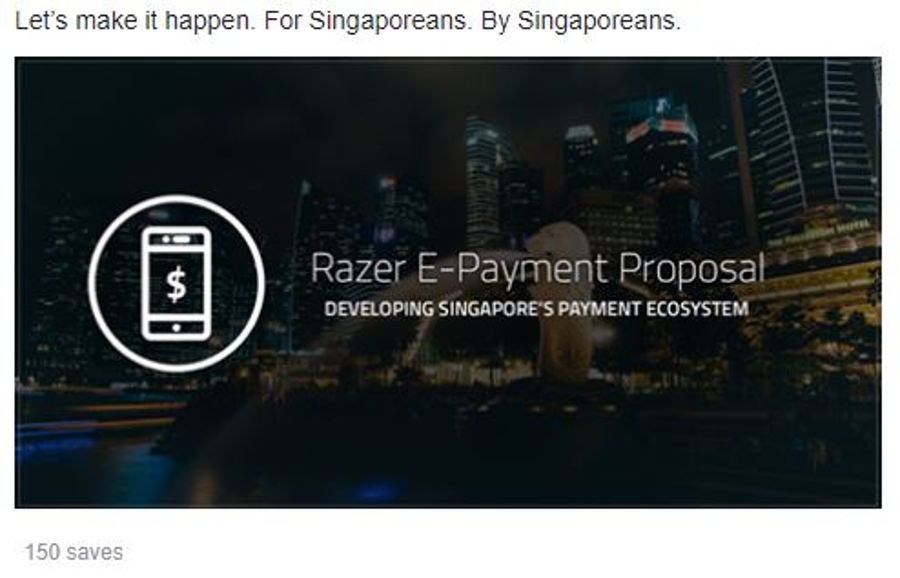 While Singaporeans wait for PM Lee’s response to the proposal, here are our thoughts on it.

In the executive summary of the original proposal, which contains 35 pages, Razer shared that it would take a 2-pronged approach in implementing a unified e-payment system.

The first would be to set up a Common E-Payment Framework (CEF) which will be managed by the Monetary Authority of Singapore (MAS). For those that lack the knowledge of technological jargon like us, the CEF is essentially a cheem way of defining the rules of the unified system. 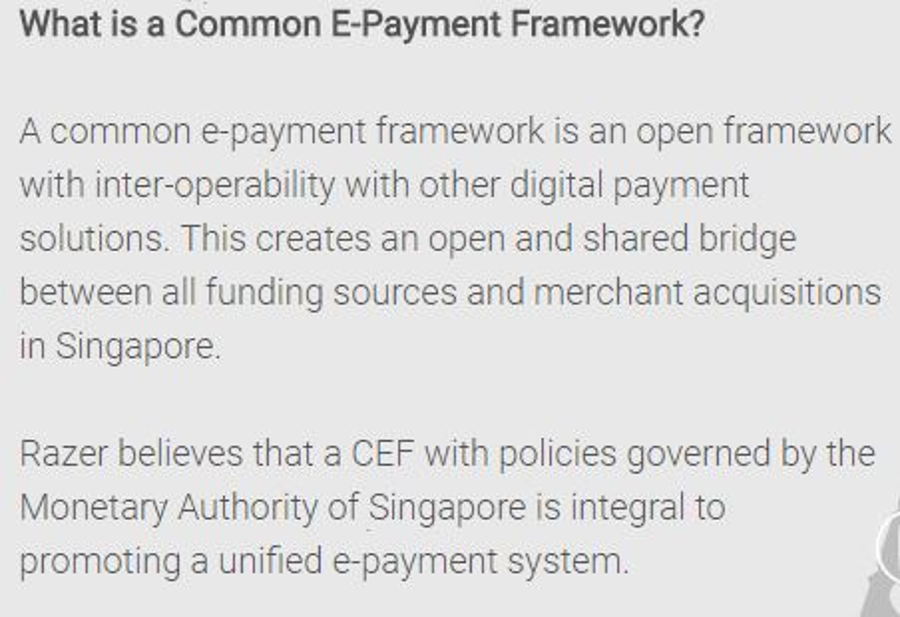 Razer added that the MAS should be in control of the framework given that a singular entity needs to manage the multiple private sector participants like hawkers, coffee shop owners etc. Given that the MAS has already began working on a universal QR code system and a unified POS system, Razer felt that they should only provide “feedback, development and advisory support”.

Now, even with a strong e-payment system in place, a cashless Singapore will not become a reality unless Singaporeans fully embrace this payment method.

This brings us to Razer’s second aim. The company plans to “spearhead support for an e-payment solution for Singapore”,  whether it ends up being a pre-existing system (i.e. Alipay) or Razer’s new e-payment system, RazerPay.

So how is Razer going to achieve these aims?

For starters, how about $10 million in seed funding? Razer plans invest the funds into its RazerPay initiative to come up with its own viable e-payment system. This initiative will be primarily headed by Singaporeans, hence dovetailing with the company’s “For Singaporeans, By Singaporeans” mantra.

With its technical plan in place, Razer will form an advisory board which will be tasked with looking into the legal and regulatory aspects of the business. The board will ensure that the company stays in line with the CEF guidelines.

Amidst the current economic climate, the creation of new job opportunities will definitely be well received by Singaporeans. In addition, should the system take off, there will be plans to expand the system throughout Southeast Asia. This will give us more reasons to shout Singapore Boleh! as we travel overseas.

With Razer putting in so much resources into helping Singapore achieve its goal, surely there must be a hidden motivation somewhere for Razor right? Apparently not, and here is how we know.

The gaming giants have agreed to put the needs of the nation first rather than the company’s interest. You would think that after spending a huge $10 million on the RazerPay initiative, the company would assert RazerPay as the only platform for a cashless Singapore. However, the company’s humility can clearly be seen by its willingness to adopt a better third-party e-payment system should one exist.

Razer’s proposal received mixed reactions from netizens and here are some of their reactions.

Many Singaporeans threw their support behind Razer.

Some were so impressed that there were calls for the company to solve all sorts of issues.

Others brought up important points for consideration.

There will always be those that view the company’s intentions with suspicion.

And that one friend who is blur as sotong but wants to participate in the conversation anyway.

While we felt that Mr Tan’s proposal was a tad general, we didn’t fault him for not going in depth. Even if he did, we doubt that the majority of Singaporean would be able to understand. Instead, we’d rather Mr Tan put his money where his mouth is as he has done thus far.

Mr Tan’s humility is plain for all to see, as he still bothers to reply rationally to a comment that shuts him down. 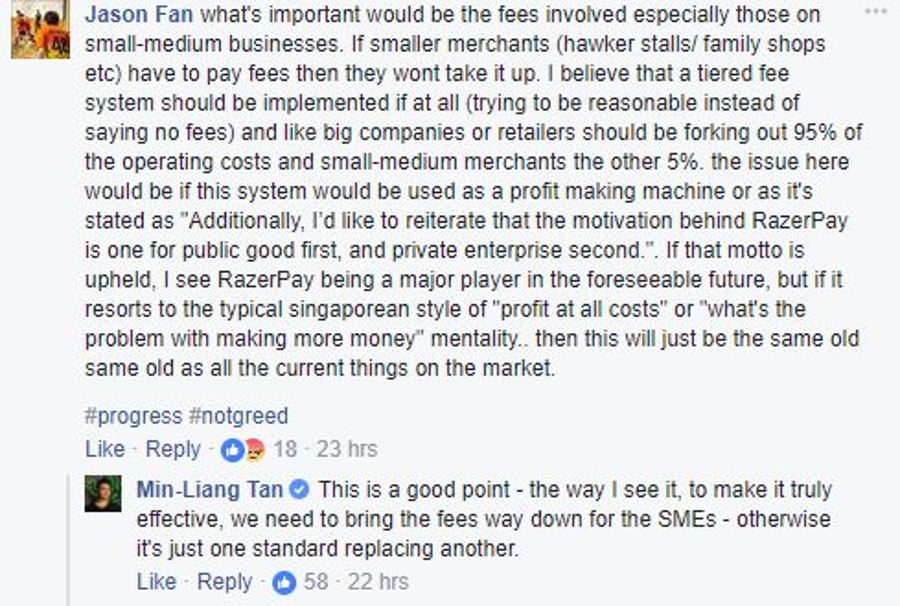 With such an attitude, it is unsurprising that Mr Tan and Razer have some ardent supporters.

If this testimony is to be believed, then Singaporeans can expect an easier journey in achieving our goal to become a Smart Nation.