Must Share News – Independent News For Singaporeans
Home Current Affairs 5 Scathing Reasons Why America Has Embraced Amos Yee, According To The... 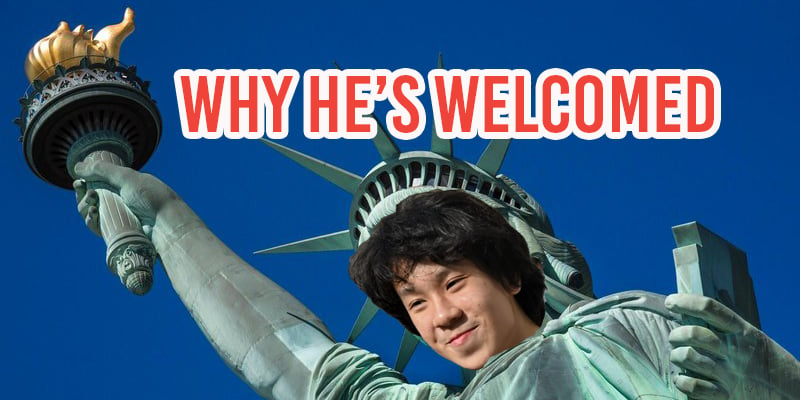 Why Did America Take In Amos Yee?

The land of the free has finally granted blogger Amos Yee his wish.

Despite a barrage of expletive-laden posts chiding the immigration system of the United States, Judge Samuel B. Cole has accepted Amos Yee’s asylum request after a long, drawn-out campaign.

In a 13-page document, Judge Cole delivered several scathing criticisms of Singapore in a manner that can be described as anything but non-partisan.

There were also numerous typos in the names — Roy Ngreng instead of Ngerng, Leslie Chu instead of Chew, Lee Hsien Long instead of Loong, and even Lee Kuan Yew was not spared, as the judge consistently referred to him as Yew rather than by his actual surname, Lee — some of which were highlighted in a Facebook post by Kirsten Han:

Based on the statement, we identified five key reasons why Amos Yee’s bid for asylum was successful:

1. Americans Think We Shut People Up

Judge Cole dedicated an entire page to painting an extremely grim picture of our country’s state of freedom of speech.

Seemingly agreeing with Amos Yee, the judge first took a jab at the late Mr Lee Kuan Yew, stating that he “imposed severe restrictions on freedom of speech and targeted his political opponents through the judiciary”,

He followed that up with criticism about our gerrymandering practices, state-controlled media, Internet moderation and civil lawsuits that often drives defendants into bankruptcy:

All seven domestic TV channels are under governmental control, and it is illegal to own a satellite dish.

In addition, the ruling People’s Action Party (PAP) redraws district boundaries to boost its support and to reduce the influence of any opposition parties.

The MDA monitors online content and has the authority to order certain posts removed if the post impugns the government’s interests or offends “good taste or decency.” Social media users posting about political issues may be prosecuted under a variety of laws ostensibly justified by the government’s interest in protecting public order, morality, security, and racial and religious harmony.

Judge Cole then quoted three other sources — the World Press Freedom Index, Freedom House, and Human Rights Watch — and their damning verdicts on our island.

As Freedom House notes, “the government maintains that racial sensitivities and the threat of terrorism justify draconian restrictions on freedoms of speech, but such rules have been used to silence criticism of the authorities”.

Prime Minister Lee Hsien Loong has increased restrictions on speech. According to Human Rights Watch, he “is imposing a mix of absolute political control and repression of dissenting voices” as his father did.

He also mentioned how Singapore was 153th in a list of 180 countries on the World Press Freedom Index, but he might want to check his facts again.

Judge Cole also pointed out a couple of individuals who have been affected by the government’s “draconian laws”, including bloggers Roy Ngerng and Teo Soh Lung, founder of The Real Singapore Ai Takagi and cartoonist Leslie Chew.

2. Americans Think Amos Yee Was Jailed Because Of Political Reasons

Although Singapore prosecuted Amos Yee for wounding religious feelings, Judge Cole felt that the real purpose of his arrest was to “stifle his political speech”.

He noted that the offending discussion on religion only constituted 30 seconds, or about 6% of the “Lee Kuan Yew Is Finally Dead!” video, and ruled that the public’s outrage towards it was due to its criticism of Mr Lee, who died just a few days before Yee’s clip was uploaded.

Even the Department of Homeland Security (DHS) seemed to (reluctantly) agree, as they couldn’t present a rebuttal when Amos Yee and his two witnesses made the claim.

Many more explicit pictures are available to the Singapore public, (but they) do not result in prosecutions.

Judge Cole put the final nail in the coffin when he pointed out the track record of the Singapore government in silencing their critics:

The country condition reports and expert and lay witness testimony all describe that this is the modus operandi for the Singapore regime — critics of the government are silenced by civil suit for defamation or criminal prosecutions.

3. Americans Think We Are Hypocritical

For some reason, former People’s Action Party Youth member Jason Neo thought it would be a good idea to post a picture of a busload of Malay kindergarten kids with the accompanying caption: “Bus filled with young terrorist trainees?” 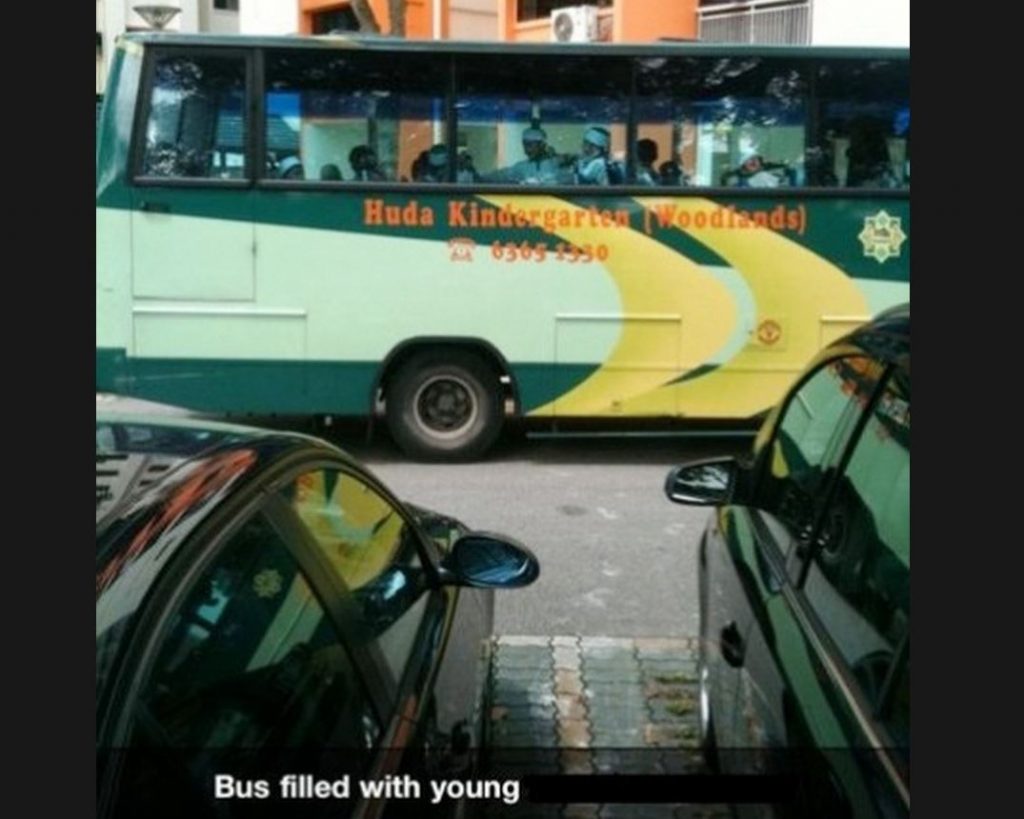 The incident, which happened in 2011, caused a major uproar and Mr Neo had to resign under public pressure.

His nightmarish blunder has drawn comparisons to Amos Yee’s criticisms of Islam, but while the latter was charged in violation of the Sedition Act, Mr Neo was not, despite having three police reports filed against him.

Former Nominated Member of Parliament Calvin Cheng was also mentioned, as Judge Cole laid into the supposed double standards surrounding Amos Yee’s arrest. A member of Singapore’s Media Literacy Council, Mr Cheng had earlier called for the children of terrorists to be killed “in case they grow up to take revenge”.

A netizen was quick to rub it in Mr Cheng’s face, and he responded by labelling the judge a “moron”.

The Ministry of Home Affairs has failed to address this apparent discrepancy in their response to Judge Cole’s ruling.

While some Singaporeans celebrated when Amos Yee was jailed, Judge Cole didn’t think his punishment was a laughing matter.

Not only was Amos Yee arrested and subjected to interrogations, curfews, and a “highly unusual” social media ban, he was ultimately incarcerated with violent criminals in a jail where the lights are kept on for 24 hours a day, making it hard to fall asleep.

The teenage dissident also spent two weeks in an adult mental health facility where the food was reportedly medicated, and sleeping conditions were less than ideal as other patients were banging their heads against the walls at night.

As such, Judge Cole feels that Amos Yee’s treatment was tantamount to persecution — “punishment or the infliction of harm for political, religious or other reasons that America does not recognise as legitimate” — and that deduction played a vital role in Amos Yee’s successful bid for asylum.

When asked if Amos Yee’s “well-rounded fear of future persecution” was valid, the DHS failed to muster a rebuttal once again.

During his hearing, Amos Yee enlisted the help of two key witnesses, a female lawyer whose identity is protected, and Mr Kenneth Jeyaretnam, Secretary-General of the opposition Reform Party. 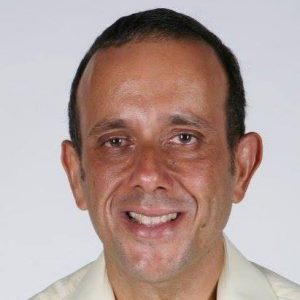 In a statement posted on his website, Mr Jeyaretnam revealed that he attended Mr Yee’s first court session; he also petitioned his contacts at Amnesty International to have him recognised as a prisoner of conscience.

The duo were deemed credible by the judge, who found that their testimonials were “generally consistent both internally and when compared to other evidence in the record”.

In addition, Amos Yee was considered credible too, with “extensive supporting evidence” provided to corroborate his claims “adequately”.

Following his victory, Amos Yee’s mother put out a statement thanking those who have been supporting her son. She described the journey as “terribly bumpy” before making a call for donations, presumably to help Amos Yee settle in America after his release.

The Department of Homeland Security now has 30 days to file an appeal, and failure to do will result in Yee’s release.

Yee, who has been detained for over 90 days in Dodge County Detention Facility, Wisconsin, had previously spent 14 days in solitary confinement after “criticising Islam in Muslim Studies” during a religious session. He is reportedly being transferred to an Immigrations and Customs Enforcement detention facility in Chicago and will be considered for release.

Depending on your political alignment, you might be happy at the verdict, or be glad to see the back of him.

One thing’s for sure though — the polarising 18-year-old will inevitably dominate our social media space soon enough, but this time, he’ll be doing it 15,000km away from the place he once called home.