Seems like Mr Khaw is looking to make some new friends.

And not just any friends, but total BFFs with SMRT and SBS rail crew.

Will this friendship succeed?

Here are the 4 ways Minister Khaw extended his olive branch of forever-friendship.

1. He is a dedicated friend

Hours after his first visit to Bishan Depot, Minister Khaw has already outlined plans to return in the future.

That is why my first of many visits to SMRT and SBST over the next few days, will be to the maintenance crew, at their depots and their workshops.

THERE WILL BE MORE VISITS!?

You can sure tell from this that he is serious about this friendship thing. He’s putting in so much effort to meet the various sectors which form the entire transport team, proving that the new Transport Minister just wants to be BFFs with the people on the ground.

And this isn’t the first time he as reached out the boots on the ground. He did the same during his time as Chief Executive Officer (CEO) of National University Hospital (NUH), so there is no reason to doubt Minister Khaw’s words when he says wants to befriend these transport people.

As hospital CEO, I must have spent thousands of hours getting to know our nurses, our attendants, our paramedics.

2. He wants to know their concerns and aspirations

Minister Khaw doesn’t just want to be acquaintances, he also wishes to be a good friend to the SMRT crew.

I hope to know them well, understand their concerns, and their aspirations. Over time, I hope they will accept me as their friend.

Now isn’t that sweet? He wants to know people behind our trains ~as people~ 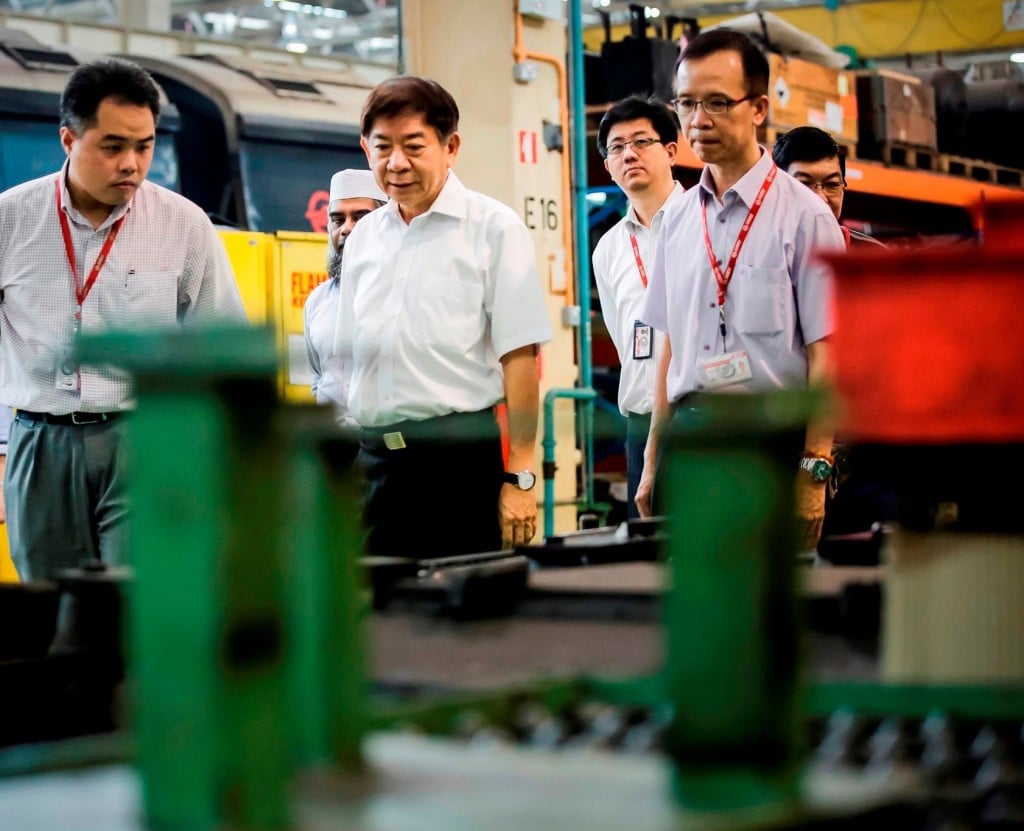 Basically something a good friend would do.

3. He is a great listener

The best kinds of friends are the ones who listen well. Sometimes, the one thing a person needs most is someone who will take the time to understand their side of a story. And Minister Khaw is undoubtedly a great listener, and is also willing to listen.

Occasionally, I got gems of advice and suggestions, and which I promptly implemented to better our patient-care service.

These very same gems of advice and suggestions he received at NUH were promptly implemented to better patient care service.

Isn’t this the biggest proof of all the Mr Khaw is indeed a great listener.

And this willingness to listen will not only aid his friendship, but also the country.

His listening skills will hopefully help better the communication and feedback process within the transport sector, and thus improve our transport system.

He also wants the friendship with the rail crew operators to be a life-long one.

And they [hospital staff] remain my friends even though I have left the hospitals long ago.

I look forward to a similar working and social relationship with the crew of our rail operators.

Not only is he down-to-earth, but he sure is genuine too.

Many would have thought this friendship is just for work purposes — mainly to make his working life easy. But he proves everyone wrong by stating that this friendship he is bridging completely genuine. He wants to remain friends with the rail crew operators even when he isn’t the Transport Minister.

Great friends are hard to come by, SMRT, and there isn’t much left to think about.

This guy isn’t a friend, he is a true bro.

By accepting this friendship, not only will Singapore’s Transport infrastructure flourish, but SMRT would have won themselves a bro, who’d always have their backs even 10 years down the road.

Also, the citizens will look forward to a more efficient transport system.

A win-win situation for everyone!

So what do you say SMRT?

With reference from Minister Khaw’s Blog
Feature Image via Facebook