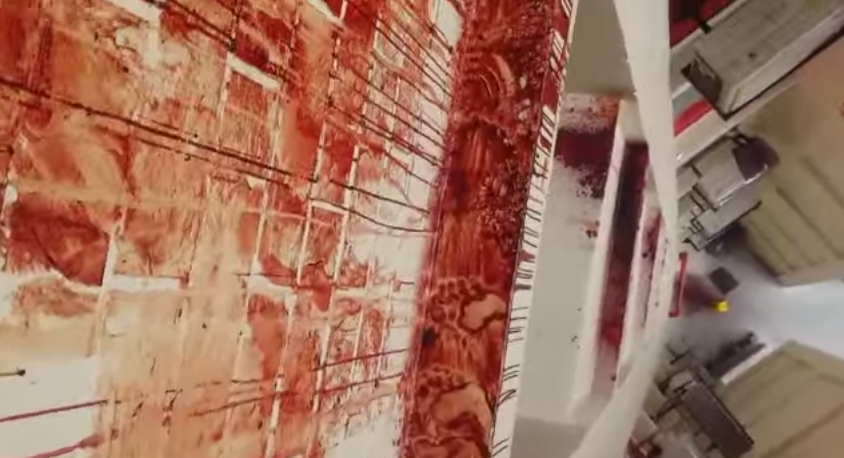 Is Singapore all that safe?

Singapore has one of the lowest crime rate in the world, which is unsurprising considering punishment for crimes include caning, life imprisonment, or even death. However, recent years have seen an increase in the spate of particularly bloodcurdling crimes, rendering us to question just how safe Singapore really is. We’ve come up with a list of 10 grisly murders in recent years dating back to no more than 2012, in chronological order:

On 28 May 2012, the police found the body of Madam Mallika Jesudasan, 56, with neck injuries in a flat at Block 248, Bukit Batok East Avenue 5. Madam Jesudasan was said to have been killed in a bedroom by her 31-year-old son, Sugay Solomon Sutherson, believed to be mentally ill. Madam Jesudasan was a former public relation coordinator, often described as a cheerful and friendly individual who often spoke fondly about her three children.

34-year-old senior staff sergeant Iskandar Bin Rahmat was charged with two counts of murder of father and son, 66-year-old Tan Boon Sin and 42-year-old Tan Chee Heong. The police said Iskandar had financial difficulties since June 2012. Iskandar first met the victim when the elder Tan filed a police report over the theft of a safety deposit box at CISCO in November 2012. The elder Tan was found dead with fatal stab wounds at the garden of his Hillside Drive home, while the body of the younger Tan was found dislodged after being dragged under a car from the crime scene to Kovan MRT Station, a distance of over 1km. Iskandar was eventually arrested after a three-day search on 13 July 2013, at a restaurant at Danga Bay, Johor Bahru.

Tuti Aeliyah, a 28-year-old Indonesian domestic helper was charged with murder. She had allegedly stabbed her employer’s daughter, Shameera Basha Noor Basha, 16, twice in the chest and watched her bleed to death. On 16 November 2013, Shameera’s parents returned home to their 10th-storey unit at Block 856, Tampines Street 82, to find a dazed Tuti beside Shameera’s body. A bloodied knife stained the bathroom’s floor. Neighbours said that Tuti had been working for the family for more than a year, observing that Tuti always looked stressed out. It was also said that Tuti was suicidal almost a year prior to the murder.

4. Murder of her infant

Members of the public spotted a woman struggling in the sea off East Coast Park on 25 November 2013. The coast guard officers were immediately alerted and rescued an unclothed Lim Ann Nee, 44. Three hours after the rescue, a passenger on a floating boat found the unclothed body of Lim’s 17-month-old son Emilien Lacroix, floating about 300m from Bedok Jetty. Lim had an older son with her French national husband, Mr Sebastian Lacroix. Lim’s father said that his daughter had lost her job with an IT company.

33-year-old Ms Jasvinder Kaur’s decapitated body was found in Whampoa River near Blk 110 McNair Road on 12 December 2013. The body was topless and missing two arms, only dressed in a pair of black pants. 25-year-old forklift driver, Gursharan Singh was charged for the murder, while the other murder suspect, 33-year-old Harvinder Singh, believed to be the deceased’s husband, is on Interpol’s wanted list.

A legless body squeezed in a luggage was discovered along Syed Alwi Road on the evening of 11 June 2014. The luggage was soaked with blood, with the dismembered body believed to be a 59-year-old male Pakistan national. The victim’s legs were recovered on 12 June, from the vicinity of Jalan Kubor. Subsequently, two Pakistani Nationals, Ramzan Rizwan, 25, and Rasheed Muhammad, 42, were arrested. The three had apparently came to Singapore together from a Pakistani village to sell tissue papers for survival.

Char Chin Fah, 80, was believed to be the oldest person charged with murder in Singapore’s recent history. On 21 August 2014, Char’s daughter-in-law, 54-year-old Madam Ong Guat Leng was found dead by one of her daughters in a bedroom. Char lived in the five-room flat in Block 440 Tampines Street 43 with his son, daughter-in-law and his grandson. The police later found a metre-long, dented metal rod, a grey bloodstained T-shirt and a purple handkerchief in the block’s rubbish chute.

The body of 32-year-old Vietnamese Tran Cam Ny was found in a two-room flat at Ang Mo Kio Avenue 10 on 20 November 2014. Her body was discovered when Lim Hou Peng Jackson, a 40-year-old Singaporean, called the police for assistance. It was said that the couple first met online, and he took to calling her his ‘wife’. Lim was found with Ms Tran’s motionless body, with abrasions on his forehead and left cheek. He was arrested on the spot and charged with murder two days later.

51-year-old Andrea Tay Su Lin killed her 75-year-old mother, Rosaline Lim, with the latter’s eyeball and tongue found on a grass patch near her block of flats the next day. An autopsy revealed a missing right lung which could not be found. Tay was suspected to be mentally unsound and had always harboured thought of killing her mother, whom she blamed for her grandmother’s death. The court heard that Mdm Lim was attacked with a knife and chopper in the living room of their flat at Ang Mo Kio Avenue 4, Blk 105 on 4 June 2014. Over 100 stab and cut wounds were found on Mdm Lim’s body, most of which inflicted post-mortem. When the police officers arrived at the scene, Tay glanced briefly at them before jumping to her death through the kitchen’s window, severing her legs in the process.

Warning: Watch at your own discretion.

On 17 December 2014, a woman in her 20s identified as Ms Wang Xueyan, a Chinese National, was found dead in a seventh-floor unit’s bedroom at Block 503. She was believed to be murdered by her boyfriend, Zheng Xianghua. Other tenants witnessed Zheng running out of the bedroom with a partially-wrapped knife. Zheng then went to nearby block 505, where he stabbed himself, threatening to jump off on the ninth-floor ledge. It took the police two hours to calm him down, subsequently arresting him.

It is heartwrenching and appalling how these ravage acts were executed. Some were lovers, some were family, while others know each other from work. Were these murderers pushed over the edge by life circumstances? Perhaps some committed these crimes in a moment of folly out of fear, some were motivated by monetary incentives, some consumed by vengeance. Whatever the case, these grievous crimes cannot be condoned.

While Singapore is generally a safe country, the cliche goes: low crime doesn’t mean no crime. Are we taking this safety for granted and overly dependent on the Singapore Police Force (SPF)? From rescuing cats to solving murder cases, we expect the SPF to take on all these tasks. What the police can’t do, however, is to interact with every resident and check on them. While some murderers do not exhibit weird behaviour prior to committing the crime, others have some tell-tale signs, as in the case of the Indonesian domestic helper, who had been looking stressed before she took action. If neighbours were willing to go an extra mile to lend a hand, maybe some of these tragedies could have been avoided.