Will RP win AMK GRC? We don’t know. But here are 4 things we learnt from the unveiling:

1. They’re not as welcomed as they say they are

RP made their unveilings outside a hair salon. Pretty unique huh? We thought so too.

Then we found out why. Turns out, they wanted to do the presentation at a coffee shop but were turned away not once but twice.

RP introduction in Ang Mo Kio now set up on a sidewalk after they are chased away from 2 coffeeshops #GE2015 pic.twitter.com/cSdUvljIPh 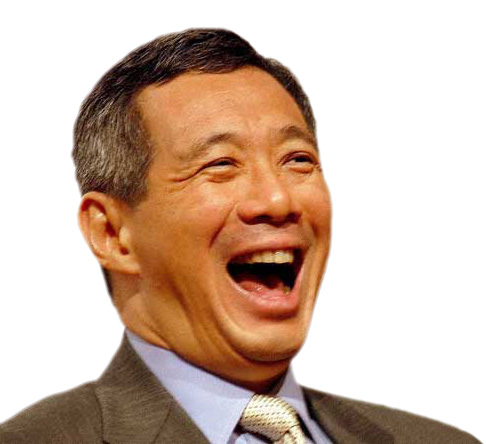 Or apparently at least that’s what it looks like. From this…

and now, to election running mates.

How do we know this?

Well, it looks like some messages aren’t passed around completely:

and also because they admitted it themselves.

4. They have a somewhat talented team

Siva Chandran meanwhile is a film editor who edited the Singapore feature Film Titled “My Magic” (Tamil). It was the 1st Singapore film ever to be nominated for the prestigious Palme D’Or, the top award for film in Cannes and was also selected as Singapore’s official entry for the Oscars 2009.

Roy Ngerng was previously a healthcare worker at Tan Tock Seng Hospital and a public servant who worked at the Health Promotion Board, where he was awarded Employee of the Year.

Jesse Loo is a former banker with a Bachelor of Business in Economics, Marketing and Social Asian Politics.

Osman Sulaiman is currently a business director at an interior design company.

All that’s left is to wait for 11 September

With all their candidates now revealed, it looks like all that’s left for RP to do is get their message across to voters. If they do manage to convince voters in Ang Mo Kio come Polling Day, we could very well be in for a surprise even though many wouldn’t bet on that happening.