Must Share News – Independent News For Singaporeans
Home Current Affairs Our Government’s Shaping Up To Look A Lot Like An RJC Reunion... 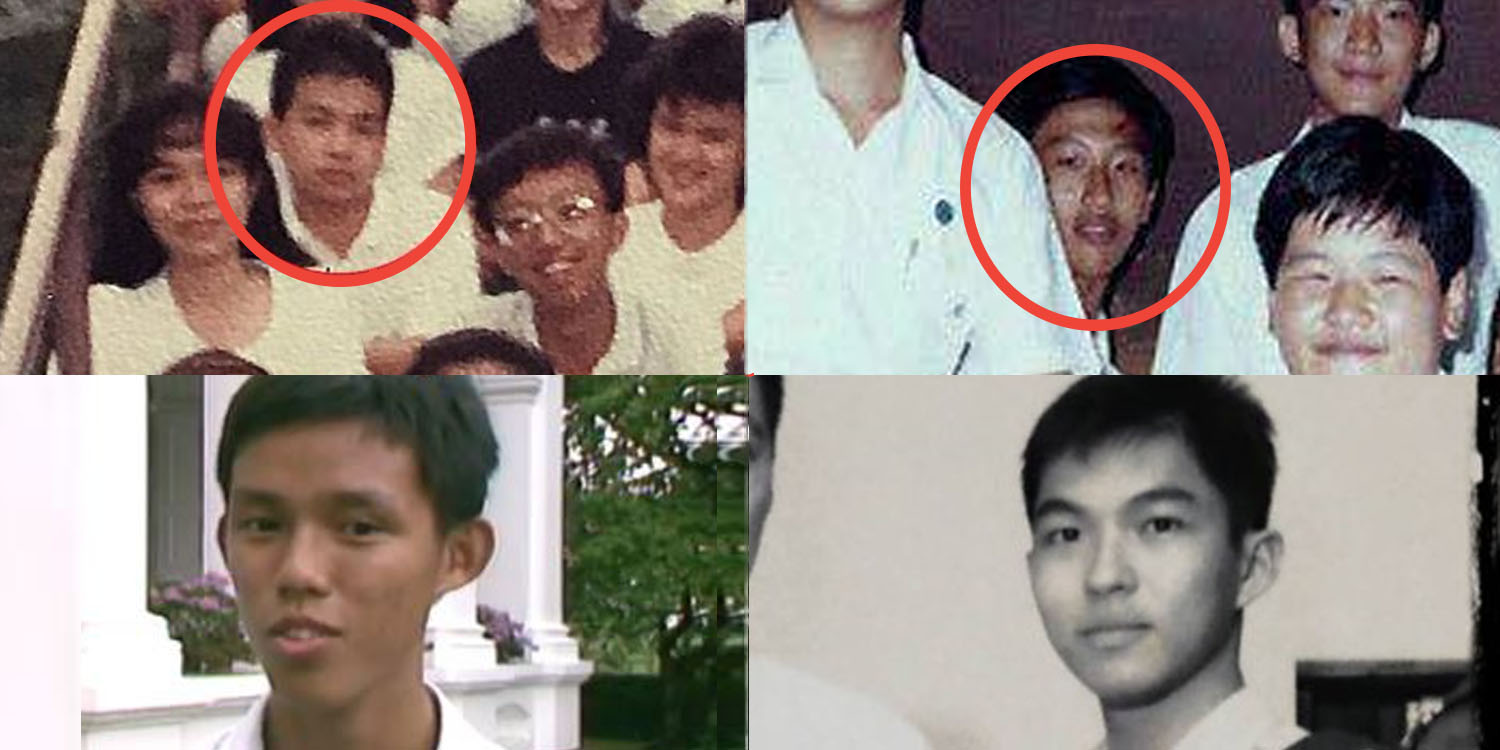 Rafflesian Reunion: 4 Political Leaders Are From The Same RJC Batch

More than 30 years after sitting for their A-Levels in Raffles Junior College (RJC), 4 schoolmates find themselves working together.

Nope, not in a cushy law firm or a posh hospital.

Instead, they’re working in the upper echelons of Singapore’s Government.

This came to light after Tuesday’s (24 Apr) major Cabinet reshuffle, which saw several back-benchers being promoted to join high ranks within the civil service.

One of these is a former RJC boy from 1987: Mr Edwin Tong, who will become Senior Minister of State for Law and Health in July. 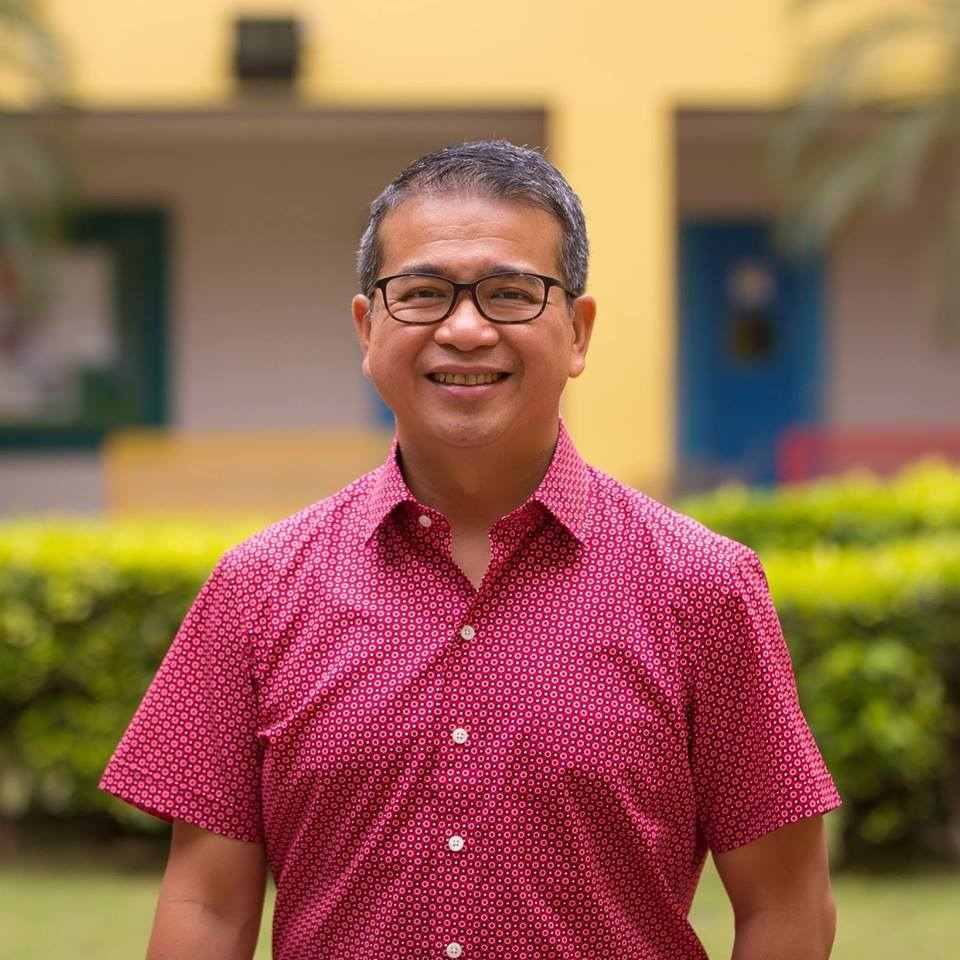 He joins three of his batch mates, who have already been in senior Government positions for quite some time:

Mr Tan and Mr Tong first met in the late 1980s and quickly became friends over the fact that they were both not from Raffles Institution.

Mr Tong was from St Joseph’s Institution, while Mr Tan was from Anglo-Chinese School.

These bonds of friendship led them to sit for this lovely photo: 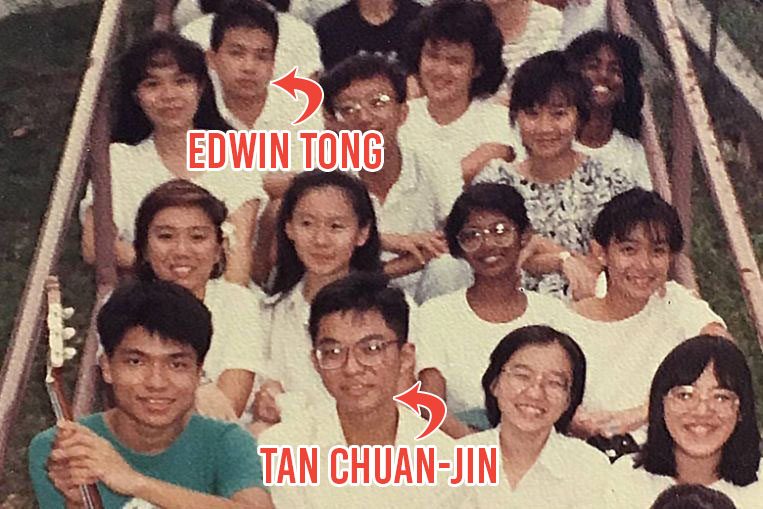 As Mr Tong recalls, all 4 future bigwigs went on different paths after JC .

I didn’t see Chun Sing for years until 2011, I did not know Ye Kung then, and while Chuan-Jin and I were classmates, we only kept in touch occasionally.

Mr Tong on the other hand, practised law and became Senior Counsel at Allen & Gledhill LLC.

When the PM comes calling

Their paths converged once again earlier this decade when politics – and presumably PM Lee – came calling.

All 4 were fielded in the General Election but only 3 were elected to Parliament. 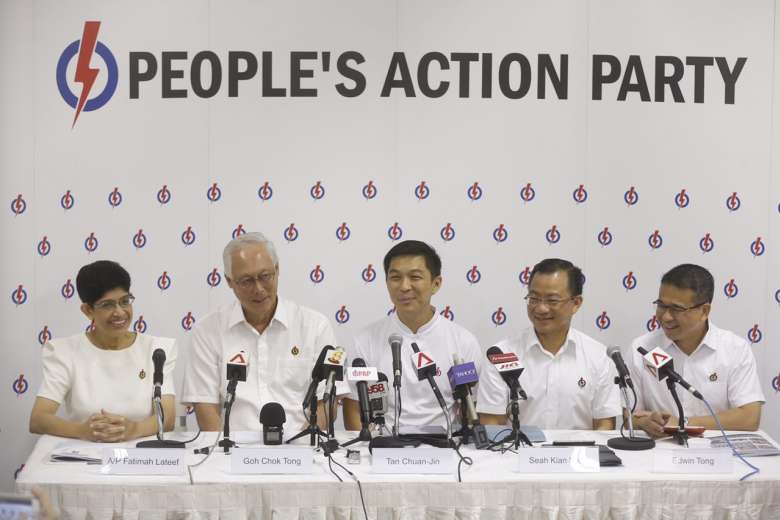 2015 marked the first time that all 4 were elected to Parliament.

It is also the first time that two of the quartet were fielded in the same GRC: Marine Parade.

In the previous election, Mr Tong had been a member of the now-defunct Jalan Besar GRC, while Mr Tan had been a Marine Parade GRC MP from the get-go.

We think it’s a rather sweet reunion, albeit with a lot more responsibility than one would expect from a happy get-together.

Now to flip through the yearbook and find out who was elected School Prime Minister President that year.