Robots That Can Do Security Guards’ Work Launched

Singapore has never been shy to pick up the latest technologies, especially in the form of automatons that reduce our reliance on human beings.

Flying taxis, driverless vehicles and robot waiters are already slated to appear in our country. What else can we think of to eliminate the human touch?

Introducing the S5, or as we like to call them, the “RoboCops”. 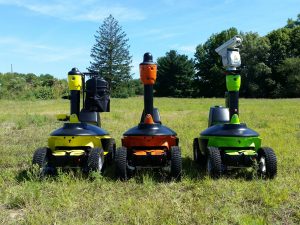 The robots can do things like sniff out blacklisted cars in a carpark, abandoned baggage, and suspicious people using facial recognition software. 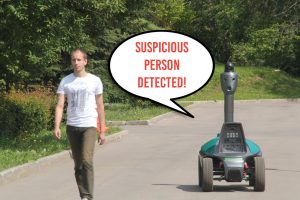 What makes these 160kg robots, made by SMP Robotics, so suitable for the job? To make things easier for our human brains to process this “robot apocalypse”, we compiled a few simple facts about these robots:

The robots are the same height as the average Singaporean woman, according to Asean DNA.

So they’re big enough to have a security presence, but not so big as to overpower us.

So don’t worry about being towered over by a wannabe Transformer. You can save your imagination for the movie theatres.

As one of the cameras is pan-tilt, with a zooming function, it can see farther than the eyes of us mere mortals.

And it can record what it sees too, and forward the feed to a human guard on duty who can check on suspicious activities.

Basically, these robots have eyes even at the back of their so-called heads. Brings new meaning to the Malay term mata mata, which refers to policeman.

These robots don’t only see everything, they hear too. These robots, made by SMP Robotics, are programmed to send notifications to their owners upon hearing loud noises and even fires.

4. They’re Imprevious To The Weather

Singapore’s all-year long summer heat doesn’t faze these robots’ productivity at all. They are designed to operate even in our fluctuating humidity levels and high heat.

So while human guards are sweltering under their thick uniforms, the S5 is as cool as a cucumber. 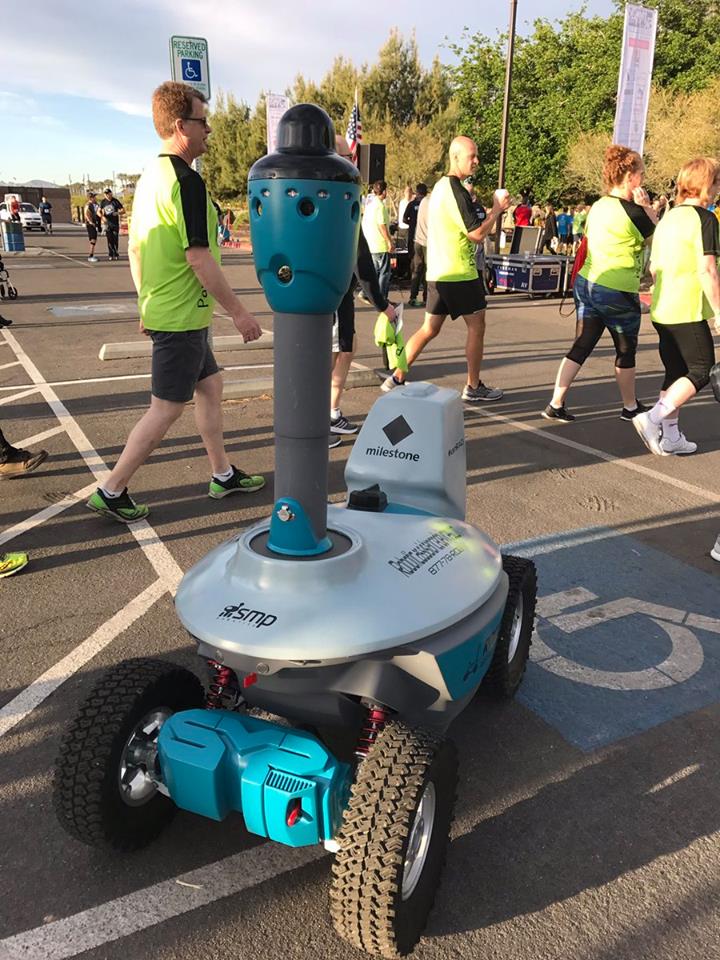 This doesn’t apply to Singapore, but the robots also do just fine in the freezing snow: 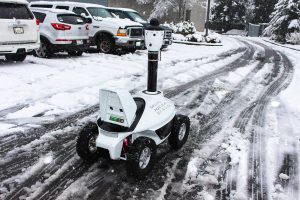 One would think that investing in robots would be more costly, considering the technology and effort required in the robotics field.

However, Today estimates that it is actually cheaper to invest in these RoboCops, compared with hiring security guards.

The paper quoted Ademco group managing director Toby Koh as saying that companies can spend up to $8,000 per month to hire two security guards covering 12-hour shifts each, or $4,000 per guard to cover 24 hours a day.

The robot, which costs $7,500 per month to hire, don’t need rest, food or smoke breaks, so they can operate nearly all day (minus charging times). 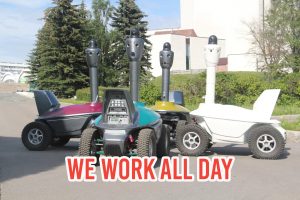 Of course, the rise of these robots may be seen to threaten the rice bowls of human security guards. Ademco said that over 10 companies in Singapore are already interested in hiring the robots.

However, it also said that these companies want the robot not so that they can get rid of their human guards, but to free them from patrol duties, so they can do other jobs like security planning, investigation and tenant management.

The robots will also be a solution to the nationwide shortage of security guards — according to Ademco, there are never enough human security guards to meet demand. Sometimes, only foreign workers are willing to take on such jobs in Singapore.

Even Certis Cisco, despite already being desperate enough to look to Taiwan for security officers, has told Today that it is considering using the robots.

Hopefully these robots will be good additions to our workforce, and not competitors for the rice bowls of humans — after all, humans still need jobs to survive.

The robots might be able to do a great job, but sometimes the human touch is also needed. It’ll be pretty disappointing not to have someone to say hello to every time we walk into our office buildings and housing estates.

Or even someone we can trick into not giving you a parking ticket.