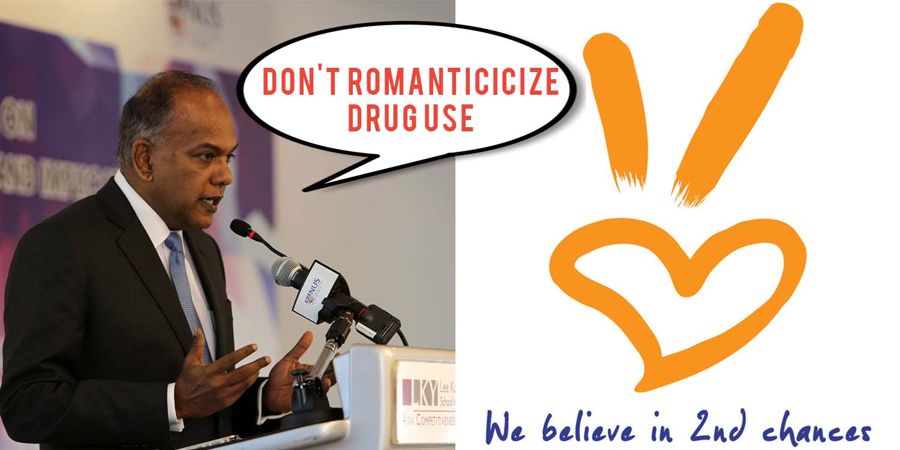 If there is one thing that the Singapore government does not tolerate, it is the trafficking and use of drugs. Drug laws are incredibly heavy here, and penalties range from heavy jail terms and even the death penalty.

Even escaping overseas to consume these illegal substances isn’t the solution. 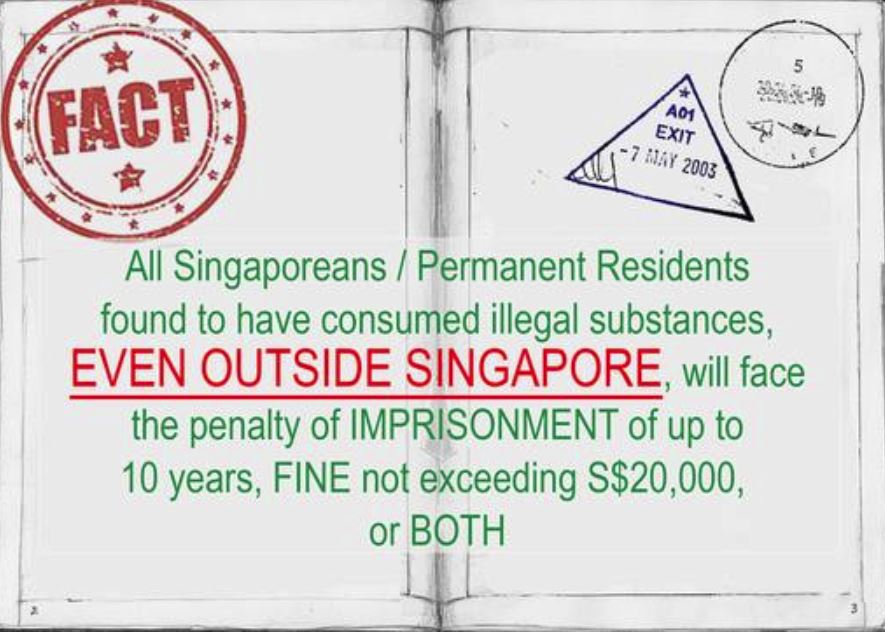 While it is understandable that harsh punishments are meted out to deter drug-related activities, death penalty activists such as We Believe In Second Chances, have often lobbied against this severe punishment, as they believe that taking away another human being life is going a step too far.

Such arguments have been deemed as a romanticisation of drug usage by Law Minister K Shanmugam at the Asia Pacific Forum Against Drugs 2017 on 26 Oct. The Law Minister argued that the death penalty, along with other measures, is an important deterrent against the drug trade adding that activists should conduct “objective” research before debating on the subject matter.

In a Facebook post on 30 Oct, activists from We Believe In Second Chances spoke out to clarify some of the “misleading claims” made by Mr Shanmugam.

In his speech on during the forum against drugs, Mr Shanmugam shared his worries on the rise of drug activities in Southeast Asia. Citing a World Drug report, the Law Minister argued that East and Southeast Asia became the highest source of methamphetamine, better known as Ice, in 2015.  In the same period, the amount of drugs seized by authorities nearly doubled.

An equally worrying trend, was the increasing calls for a softer stance against drugs. Mr Shanmugam argued that a softer stance, caused by the legalisation of marijuana in some parts of the US, is “reckless” and “irresponsible” move, as such actions send a message to people that it is okay to try out these recreational drugs.

According to the National Council on Drug Abuse survey in 2016, there was a 5% increase in the number of young adults who thought that consuming some types of drugs are okay, compared to a similar study in 2013.

According to Mr Shanmugam, part of the reason for the change in mindset on drugs is because of activists who speak out against the death penalty that drug traffickers are punished with. The Law Minister argued that abolitionists tend to “write romantic stories” as well as “human interests” about those guilty of trafficking.

This humanization of traffickers makes the death penalty seem overtly harsh, but it fails to account for the lives that ruined by drugs. The fight against drugs is a multi-faceted one, with the government adopting many measures that are “victim-centred”. However, the harshest punishments are reserved for the traffickers as they are the ones who ruin lives for profit.

Mr Shanmugam argued that abolitionists assume that people will still be deterred from drug trafficking even if the death penalty is removed. However, he pointed out that this has not been the case in European countries.

Although the Singaporean government does not enjoy taking such a tough stance, Mr Shanmugam shared that removing the death penalty would dampen deterrence efforts. The Law Minister then invited activists to do their own “objective” research on the success of the death penalty, before coming back to debate about the topic.

In a their post on 30 Oct, activists We Believe in Second Chances spoke out to address some of the points made by Mr Shanmugam. Firstly, the group emphasized that they were not calling for the legalisation of drugs.

In addition, they clarified that they were not romanticising the drug trade by telling the story of drug traffickers on death row. Instead, the group tells stories of death row inmates and their families, because their experiences are an important part of the death penalty and capital punishment.

They added that “one should acknowledge the humanity of those affected by the death penalty”.

The activists also shared that they would conduct their own research but the government would have to “make public the research and data [the Government] have relied upon to come to their conclusions about the death penalty in Singapore”. This includes statistics and figures on how the death penalty serves as a strong deterrent against drug trafficking.

While we do not know if Mr Shanmugam will release the statistics and research on the effects of the death penalty on drug trafficking, we are quite certain that the death penalty will be here to stay for a long time.

In the meantime, it seems that the fight against the death penalty is gaining more traction after the post was signed off by six activist groups.