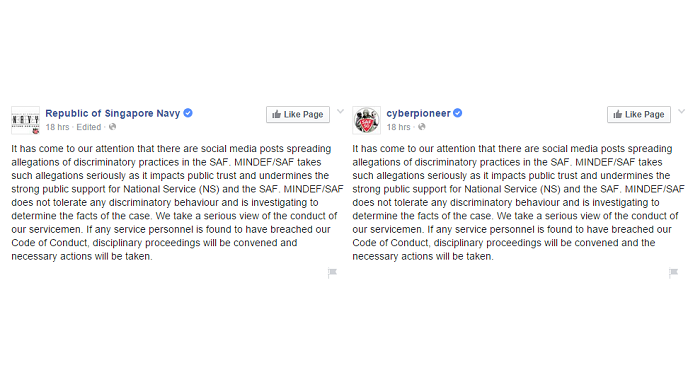 Today (19 August), both the Republic of Singapore Navy (RSN) and Ministry of Defence (MINDEF) mysteriously posted the same exact update on their Facebook accounts. 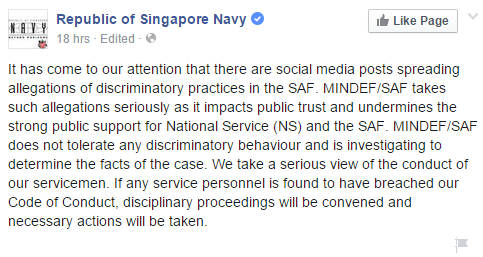 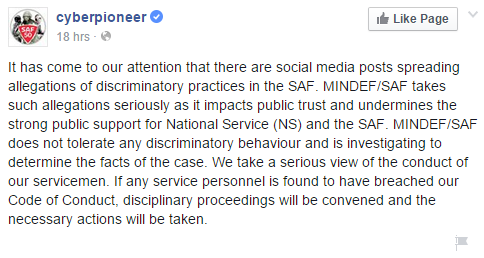 We get the message conveyed — discrimination is unacceptable in MINDEF and SAF — but why the sudden outburst?

MustShareNews wondered what had caused this ruckus so we did some digging.

This is what we found. 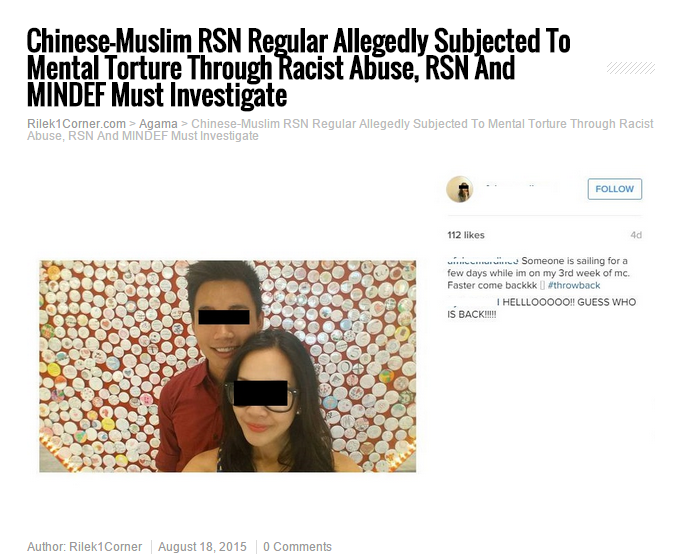 According to Rilek1Corner, a Singaporean girlfriend is frustrated with what her boyfriend is going through at RSN.

He is the only Chinese Muslim on board the ship, and was constantly discriminated for his ‘betraying’ his race. His superior — a high ranking officer — started to call him by his religion instead of his real name. Because of that, other colleagues begun to identify him with derogatory names.

Moreover, co-workers joined in and attempted to convince the boyfriend to stray away from his religion. They insulted him by suggesting that he is a terrorist, consuming food and drinks in front of him during Ramadan, and assumed that he is not a real Muslim just because he is not circumcised.

Both RSN and MINDEF have emphasized that their organizations are intolerable for any discriminatory actions and behaviours through their Facebook post. They will conduct investigation to uncover the truth behind the incident and actions will be taken for personnel who breached the Code of Conduct.

Now, isn’t that the real mystery?