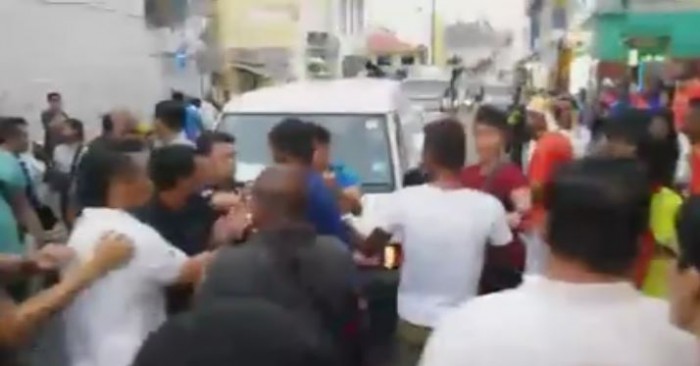 Second Home Minister calls for “calm” and “restraint” among S’poreans

The Thaipusam saga rages on today, although Second Home Minister S Iswaran might have misunderstood the situation a little while talking to the media.

He called on Singaporeans “to stand together against a breakdown in law and order”, and insisted that the ban on music instruments during Thaipusam is justified because of fights breaking out, as well as being hindrances to devotees.

He also emphasized that as a multi-religious society, accommodations and concessions have to be made, and that in celebrating festivals and events, a balance had to be maintained to preserve safety, law and order. According to him, a few individuals should not be allowed to “disrupt the kind of harmony we have worked very hard to preserve over the years”.

Sounds like he’s talking about religion and race, and the need to balance celebrations with public order. However, the person behind the petition had written a lengthy note describing the ban on musical instruments as ” institutionalized racism”. Voices such as hers may be the ones which Minister S. Iswaran is referring to.

But are prevailing opinions race-focused? Not really. The issue seems to have been made into a racial one by some, although the problem most people had was with the law itself, rather than race.

The problem may be due to a seemingly outdated law which was necessary back in 1974 but might have lost its purpose today. 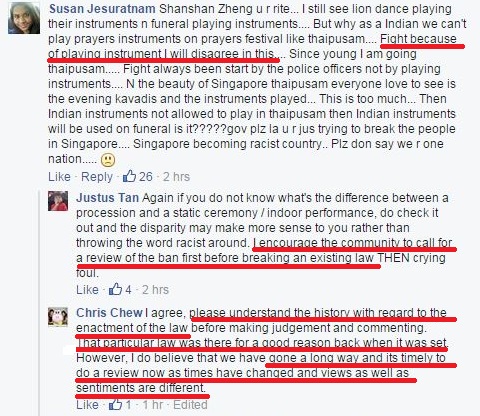 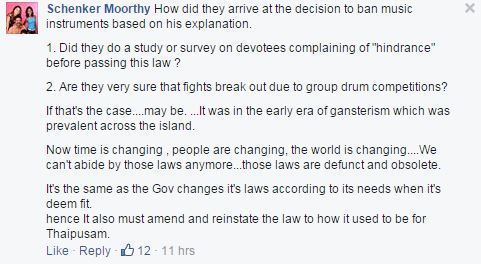 The focus, rightly, should not be on whether the law is discriminatory towards a certain race or religion. That some people are taking the issue in that direction is a pity and Minister Iswaran is right in that aspect — steering the discussion in that direction would indeed cause tension between races.

Review of ban may be long overdue

However, the ban does appear to be a remnant of gang-related incidents in the past. Despite the ban, processions have been allowed to carry on with musical instruments until this year.

While the actions of the arrested individuals could have been constituted as illegal under the law, there is the fear that the incident could lead to outcries of racism. The law has seemingly allowed police to take action against a significant element of a religious festival, but the police should never be allowed to act in a manner which even suggests racism.

Which goes to show that there is a problem with the ban and a review is needed.

Public security is important, but so is culture preservation. Further stifling celebrations which happens just once a year would be highly unfair to the participants. What’s a celebration without music and cheer, after all, regardless of race?

We cannot say that we fully understand each other’s cultures, but as far as Singaporeans are concerned, there is “mutual understanding and respect for each other’s practices”. Enforcing the ban on musical instruments during Thaipusam is just giving ammunition to the people to accuse the G of racism.

Featured image via Mickey Vickieboy
With references from Today Online, The Straits Times