Must Share News – Independent News For Singaporeans
Home Viral Fail Scammer Transfers Money To Victim’s Account First, Then Asks For It Back... 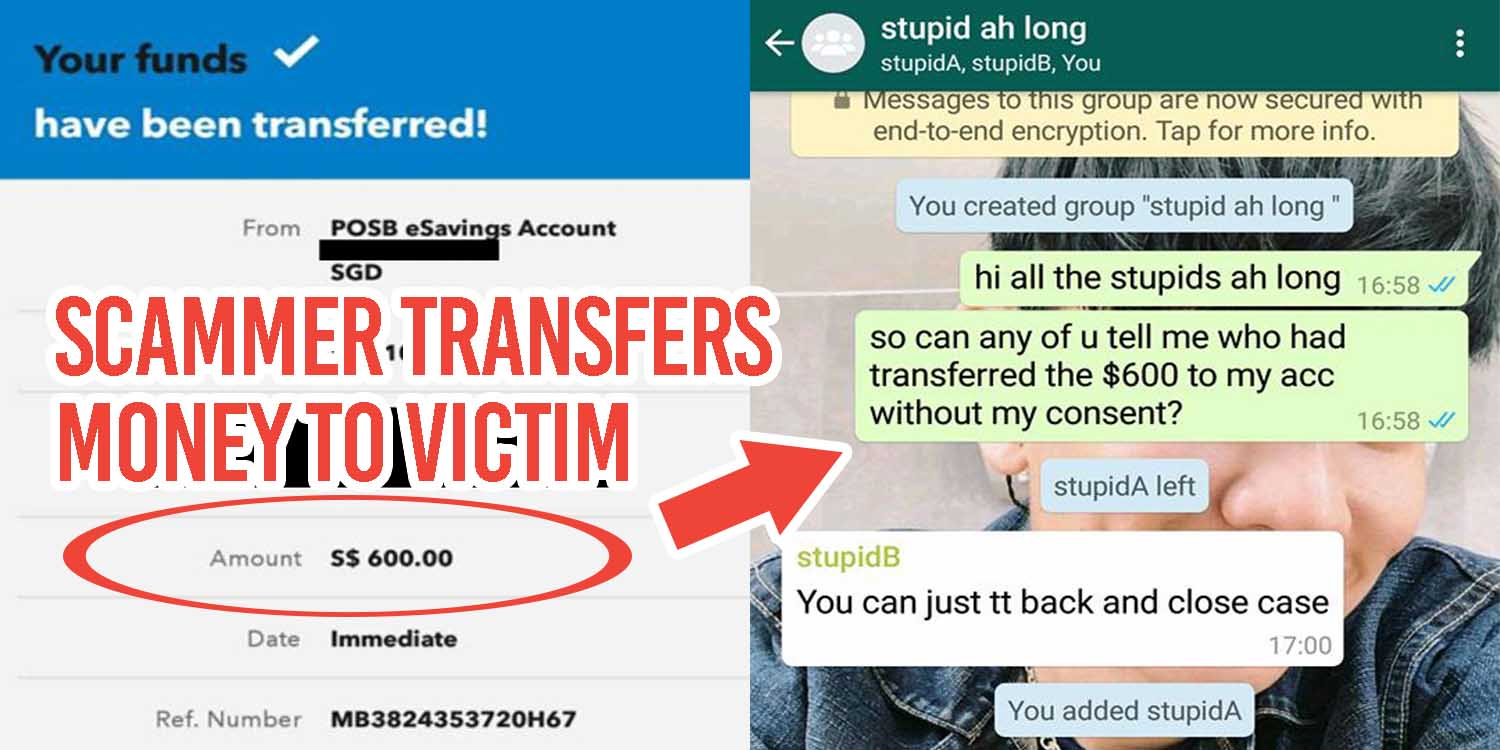 Scammer Sends Victim Money First, In Order To Steal It Back With Interest

In the good ole’ days, scamming used to be so straightforward. You’d receive a spam email requesting that you transfer money to an unknown account for compelling reasons.

Scammers these days, however, are coming up with ingenious new ways to trick you to surrendering your hard-earned cash.

According to one netizen’s hilarious account on Facebook posted this Sunday (17 Dec), a scammer actually sent her money, in an attempt to scam her.

Singaporean scammers are apparently transferring money to unsuspecting citizen’s bank accounts, and then asking for the money back with interest.

To make money, you have to spend money

It’s a well-known saying, that in order to make money, you have to spend some money. Well, it looks like even scammers are taking this advice to heart.

The gist of her story is that a scammer sent $600 to her bank account, thanking her for support. 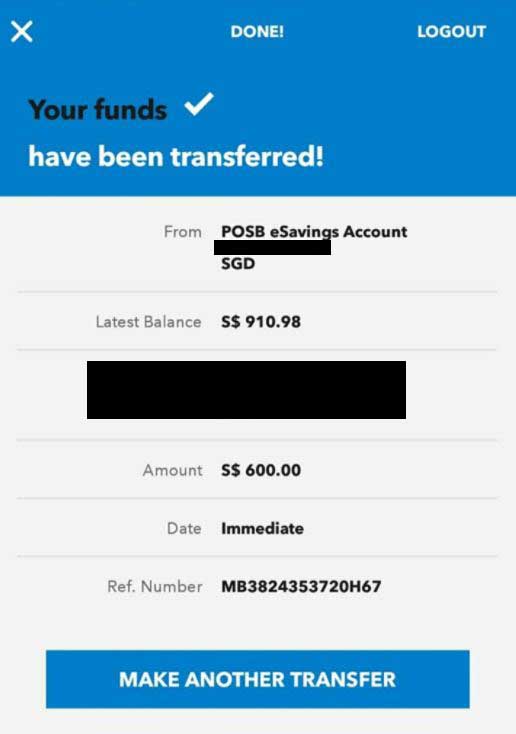 The scammer responds that she has already borrowed this amount, and that she now owes them $800 to be repaid with interest within 5 days.

Smells fishy. And by fishy, we mean loan shark kind of fishy.

Not an isolated incident

On Ms Tan’s Facebook post, other netizens also claimed that they were victims of a similar scam.

While others humourously gave Ms Tan suggestions on what she should do with the money.

Do unto others as you would have them do unto you.

Another netizen dishes out legal advice.

A scammer called ‘stupidA’ by Ms Tan even attempted to leave the Whatsapp group – aptly named ‘stupid ah long’ – that Ms Tan created. But Ms Tan promptly added him back, demanding for answers. A third-party later clarified with Ms Tan that company funds were being misused to conduct the scam. He or she even went as far as to advise Ms Tan to ignore the person who credited the money to her. 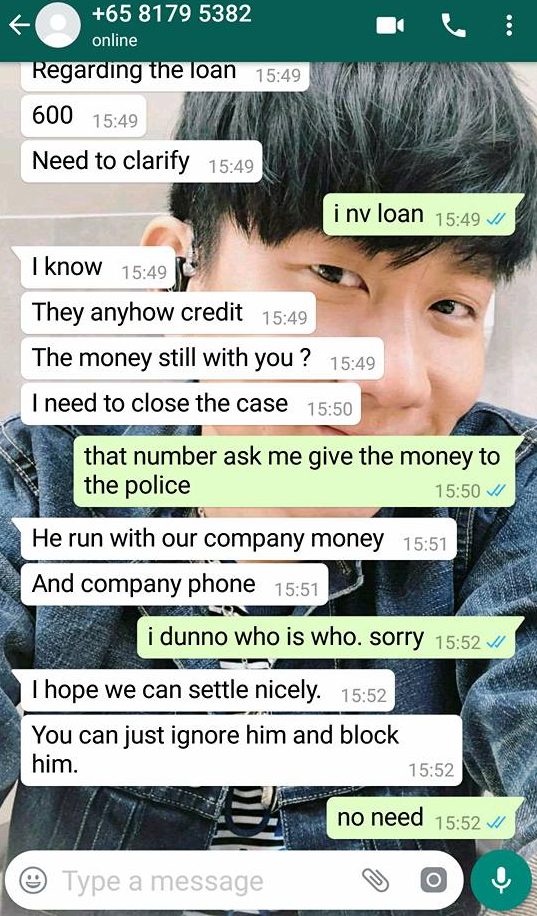 Well, we’re not ruling out the possibility that these wannabe ah longs’ desperate attempt to cover their tracks had a lot to do with Ms Tan’s Facebook post going viral.

At the time of writing, it has already accumulated almost 3000 shares and counting.

Remain vigilant for the next big scam

Readers are reminded to remain vigilant when it comes to safeguarding their bank account balances.

These days, it seems like there’s no shortage of shady con jobs around us. So even if the deal seems sweet, we should not fall prey to opportunistic voyeurs on the search for the next big scam.

But if you’ve experienced anything similar to this epic fail, we’d love to hear from you.