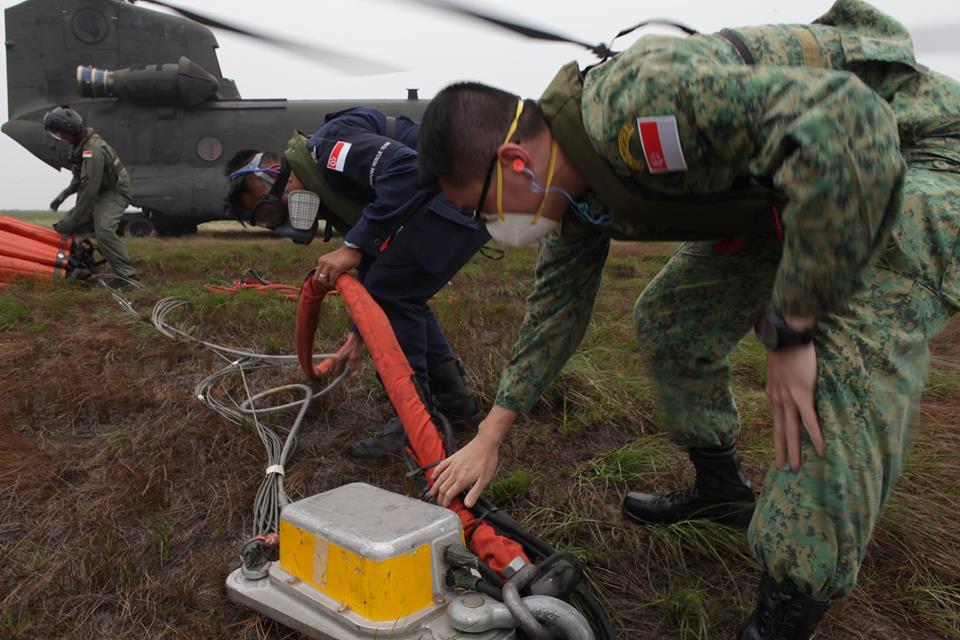 Both the SAF and SCDF left on Saturday (10 Oct) to fight the forest fires in Sumatra after Indonesia accepted Singapore’s offer of aid on Wednesday.

SAF deployed three aircraft and 34 personnel while SCDF sent out a team of six-man Disaster Assistance and Rescue Team (Dart) and a 5000-litre heli-bucket to help the fire fighting operations.

Defence Minister Ng Eng Hen shared a video of the heli-bucket in action, complete with rock music in the background.

Palembang’s air quality index read at a PSI 397 on Thursday morning with an a particles that are 10 micrometers or less.

There was nothing short of an emotional outburst in reaction to Minister K. Shanmugam’s Facebook post, with many thanking the Singapore forces for their bravery in spite of hazardous air conditions.

Hopefully, we remember to have the same sense of gratitude when we consider giving up our MRT seats for these brave fighters.

Along with the brave men from Singapore, Malaysia, Australia, Russia and China are also helping fight the fires.

Featured Image via Facebook
With reference from The Straits Times