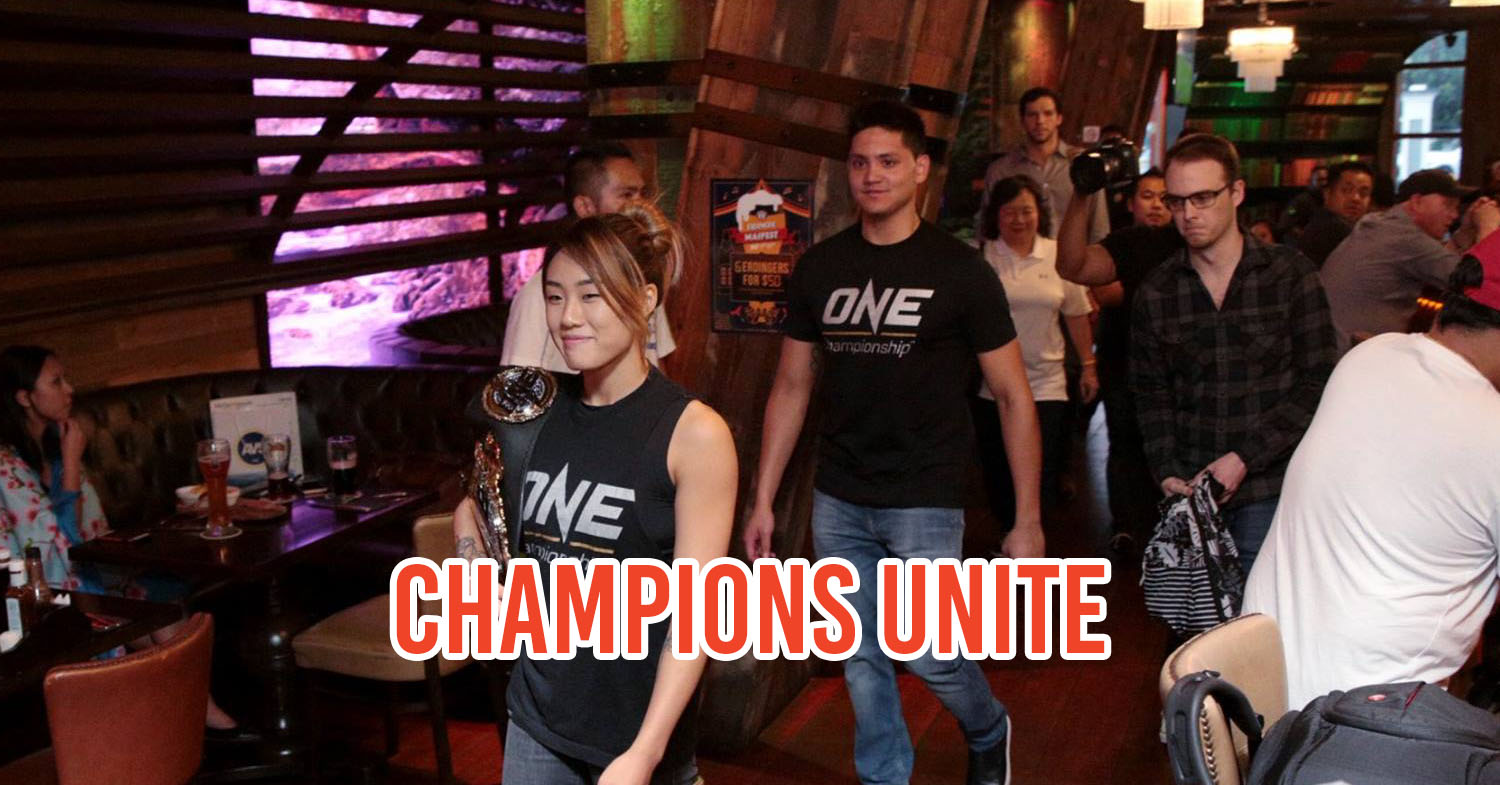 Mixed Martial Arts (MMA) champion Angela Lee will take to the ring on Friday (May 26) night to defend her ONE Women’s Atomweight Championship belt.

And she’s been handed a huge psychological boost as national hero and Olympic champion Joseph Schooling has specially flown down from the United States to cheer her on. 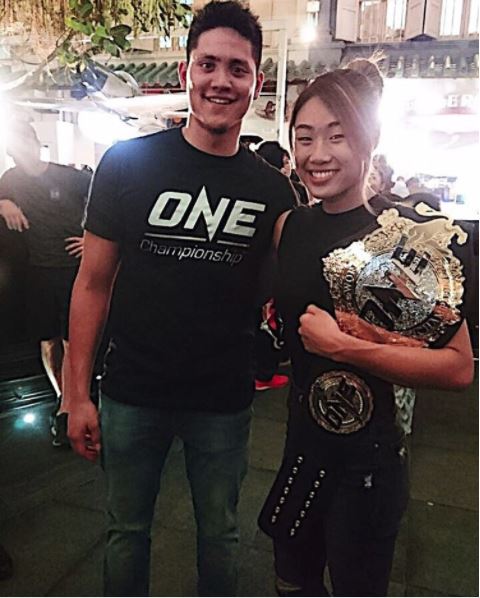 In fact, he’s even going to accompany her to the ring as part of her entourage.

Here’s a video of the 2 champions sparring: 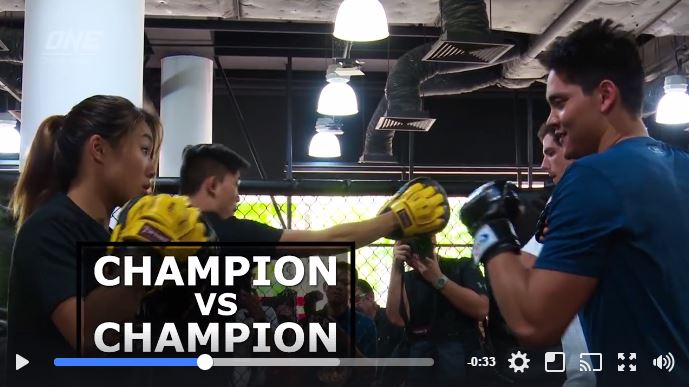 Schooling and Lee seem to share a special friendship. Schooling attended a one-of-a-kind “fight-camp” last year, where the 21-year-old MMA champion and her brother Christian taught him the basics of brawling. 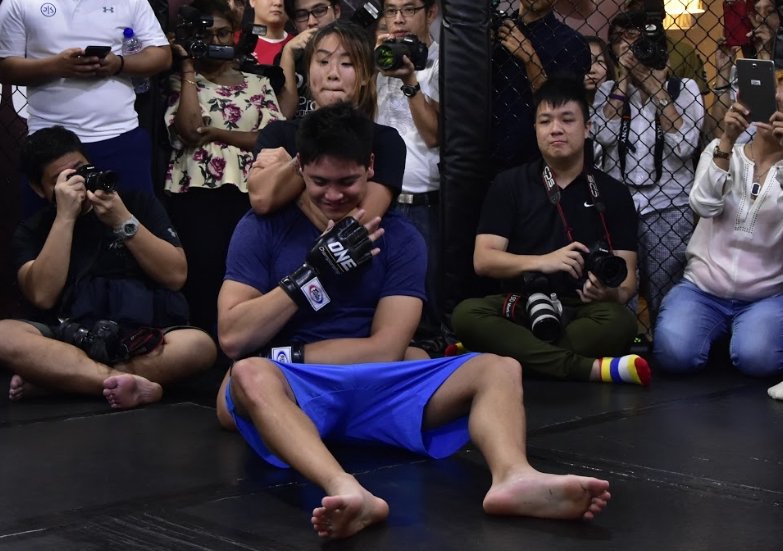 Here’s a video of Lee and her brother teaching Schooling and his friend the basics of MMA fighting:

Last year, Lee became the youngest-ever person to win a world title in MMA after defeating Mei Yamaguchi in an epic match that was deemed as ONE Championship’s 2016 Fight of the Year.

Here’s a video of the epic clash:

This time, she will be going toe to toe with Brazilian Istela Nunes at the Singapore Indoor Stadium to defend her title as champion.

Both fighters will be putting their unblemished records on the line — with Lee having a perfect 7-0 win-loss ratio and Nunes winning 5 fights on the bounce. 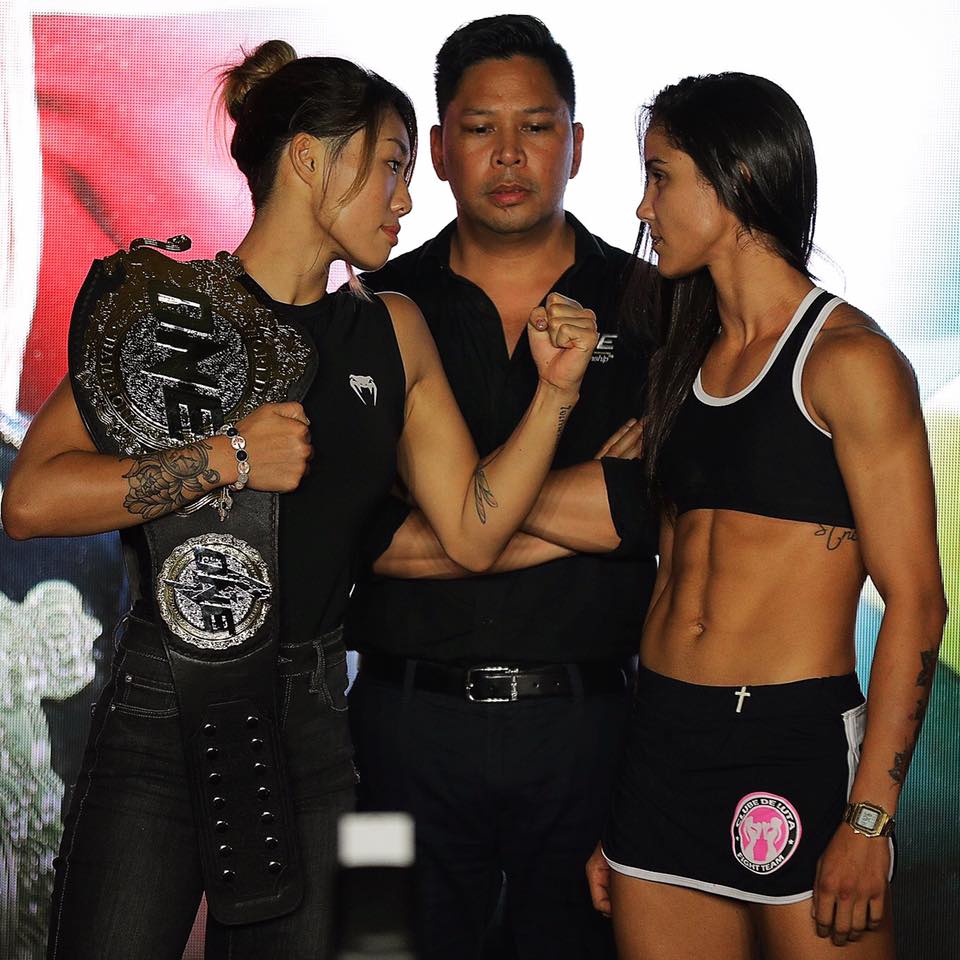 Ahead of the crunch match, and trash talk has already begun.

Lee turned up the heat by confidently declaring she’ll remain champion come the end of the fight. She also suggests Nunes is biting off more than she can chew by picking a fight with her. 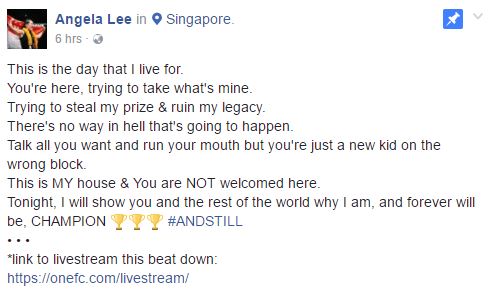 Lee was evidently in bullish mood while speaking with Channel NewsAsia:

I am the more complete fighter, and at the end of the day, that is what it comes down to. I have been doing this my whole life, and when we step into the cage, I know without a doubt I am going to come out victorious.

Despite having an impending competition in July,  Schooling has sacrificed valuable training time to accompany Lee into the fight ring for the atomweight title defence.

And he has faith that she will be the one who’ll come up tops:

Meanwhile, our Olympic champion has revealed he’s targeting more than a solitary medal at the upcoming Fina World Championship in Budapest, Hungary. 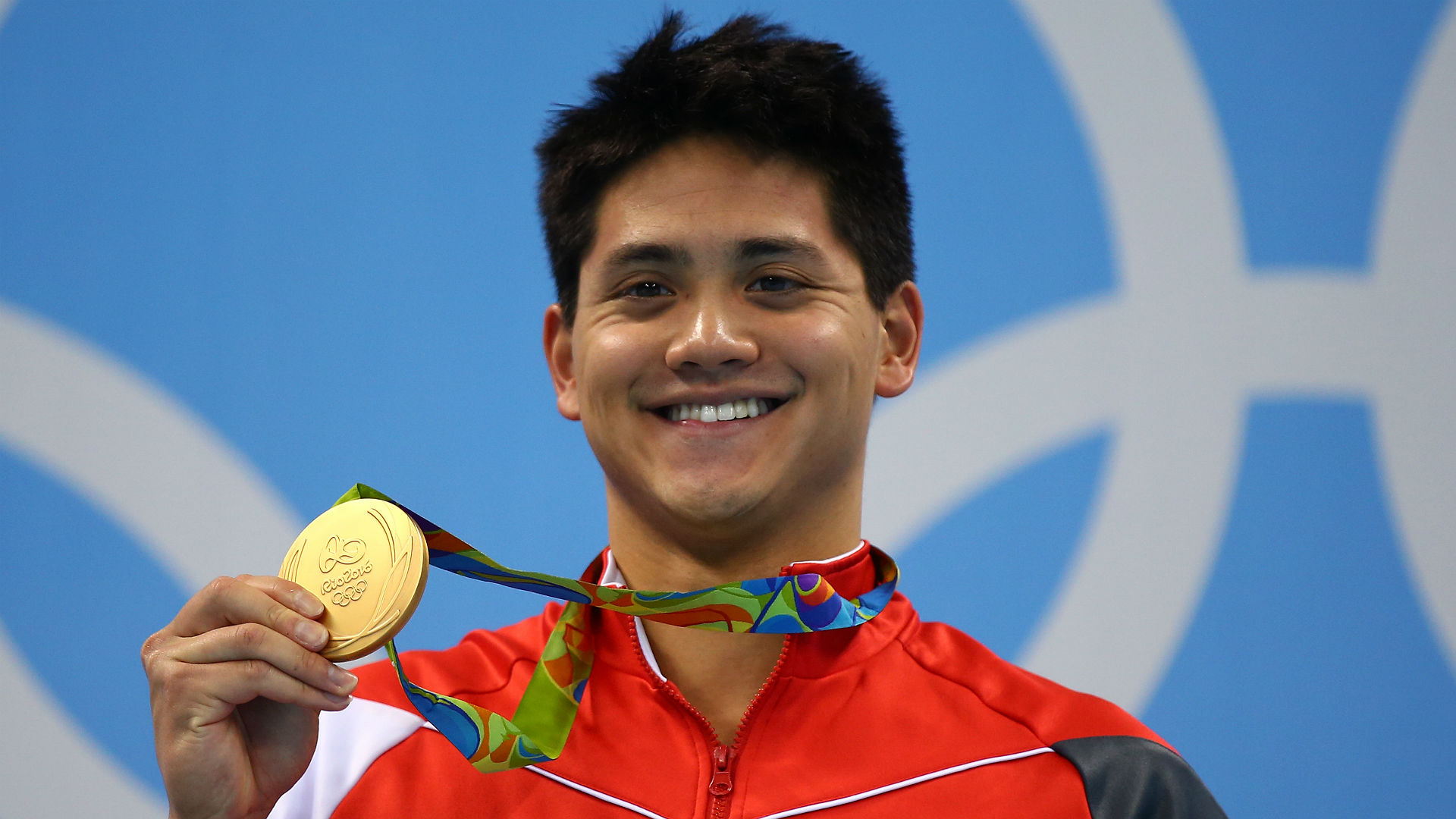 But podium finishes aren’t the only thing on Schooling’s mind — the 22-year-old hopes to smash the world record in the 100m butterfly event of 49.82s that was set by none other than Michael Phelps.

Cheering Our Champions On

It’s heartening to see our humble national champions learning from one another and supporting each other.

They are the pride of our nation and Singaporeans will be here to back them all the way — starting with Angela Lee’s title defence tonight. 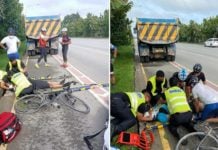 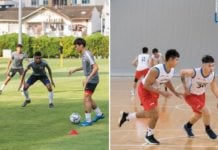