Following Singapore’s declining fertility rate, some schools face enrolment numbers so small they aren’t even enough to fill a class. As such, some face the inevitable fate of being erased from the school directory – forever. Others merge with another school, and new schools are also formed from these amalgamations.

This year, the Ministry of Education has announced the merger of 8 secondary schools into 4.

Here’s a list of 13 schools that were formed from mergers: 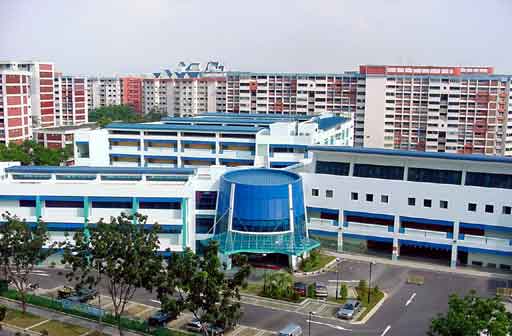 1926 – Telok Kurau English School was set up, adopting the name of its location – Telok Kurau Road (which means “Kurau Fish Bay” in English”). The school was established to satisfy the thriving population’s eagerness to learn English.

In the early colonial days, the school was a two-storey wooden building in the middle of a coconut plantation:

1958 – To cater to the increasing population, a new wing was added. Two schools with bearing the name “Telok Kurau” were constructed.

Did you know?: During the Japanese Occupation, the school was used as a screening centre for Sook Ching Massacre.

Other fun facts: The late Mr Lee Kuan Yew was enrolled into the school in 1930 and the late former Malaysian Prime Minister Datuk Hussein Onn in 1931. 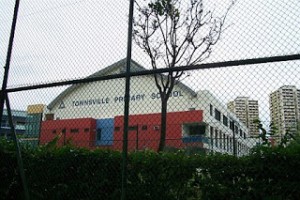 Chong De Primary School started accepting students although their premises were not ready yet. Students who enrolled instead had lessons at the nearby schools, Ang Mo Kio North Primary and Chong Shan.

The school was a Chinese-medium public school that served the community’s education needs and provided children from low income families with education opportunities.

1947 – After the Japanese Occupation, the school was re-opened at Lorong Tai Seng.

1981- Tai Keou was named as ‘Da Qiao’, the Hanyu Pinyin version of its former name. Da Qiao Primary School was then established as a government school in Ang Mo Kio.

1982 – The new school started to function at its new Ang Mo Kio site. 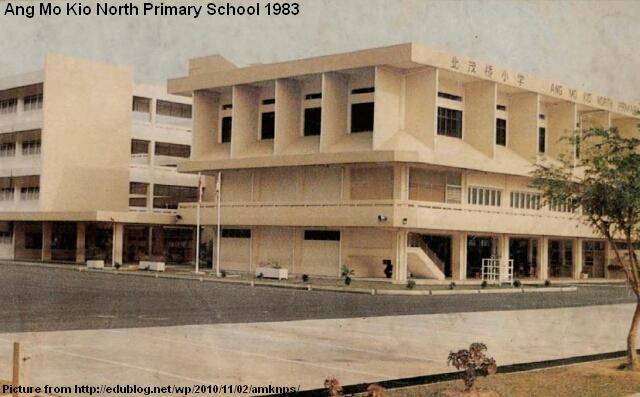 1951 – Haig Boys’ School was founded and named after British Commander-in-Chief during the Battle of the Somme, Sir Douglas Haig.

1986 – Seraya Primary merged with Fowlie School. The two schools shared the same field and were practically sister schools. Located opposite each other, Seraya Primary’s students would often head to Fowlie’s canteen to eat.

Unfortunately, not much is known about Mountbatten Primary School’s history. 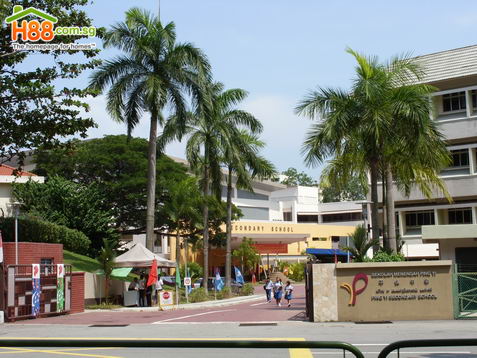 1965 – Bedok Town Secondary School was started as Kaki Bukit Secondary School, providing English and Malay education to children living in the once rural area in Singapore.

1983 – A change of name to Ping Yi Secondary School marked a new beginning for the school. 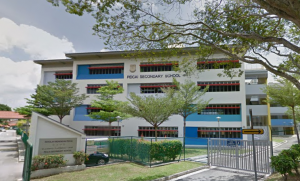 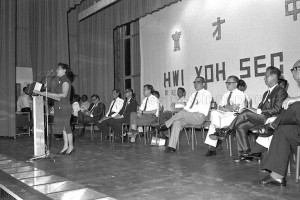 1968 –Parry Secondary School was officially opened, and welcomed its first batch of students a year later.

1982 – Hwi Yoh soon folded after its Principal Mrs Jillian Scully committed suicide, taking her family along with her at their home. Rumour has it that her husband Victor Scully, who was a swindler, was close to being arrested and sent to jail for the second time. This pressured Mrs Scully to take her own life, together with her two young children. 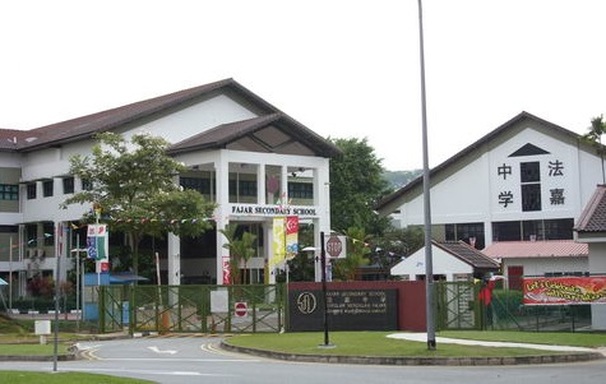 1968 – Chestnut Drive Secondary School was set up post-independence to cater to those living in Woodlands, Bukit Batok, Teck Whye, and Hillview areas.

2016 – Chestnut Drive Secondary will merge with Fajar Secondary and will be located at the latter’s new campus come 2018. 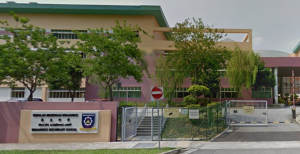 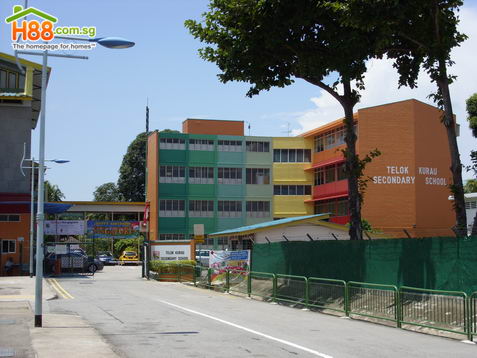 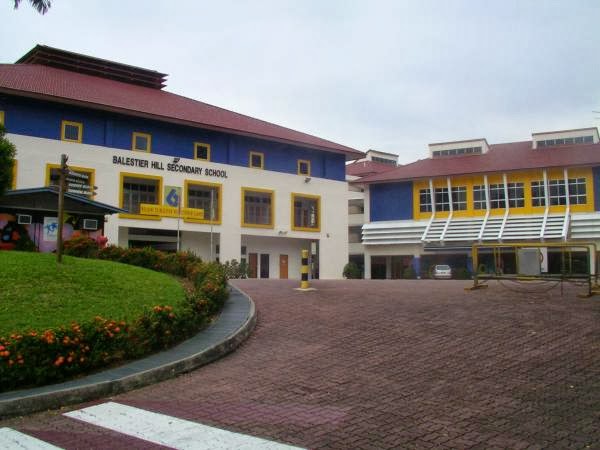 1958 – Monk’s Hill was established on the site of what used to be a Chinese monastery, thus the name “Monk’s Hill”.

1964 – The school started out as Balestier Hill Integrated Secondary Technical School, one of Singapore’s first six secondary of technical schools to be opened. The school was an “integrated” one as it had both English and Chinese streams.

1986 – The Chinese stream was discontinued.

1992 – The school was renamed as Balestier Hill Secondary School. 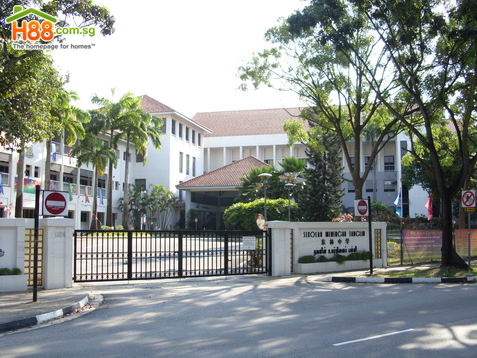 1964 – Tanglin Integrated Technical Secondary was officially opened. The school started out as an all-boys school, and was even known as the ‘Raffles Institution of the West’.

The school later introduced changes with female students enrolment and became the first school to bring about fencing. Later, it was renamed as Tanglin Secondary School.

2014 – MOE announced that Tanglin Secondary School would be merged with Clementi Woods Secondary next year, but will keep its name. 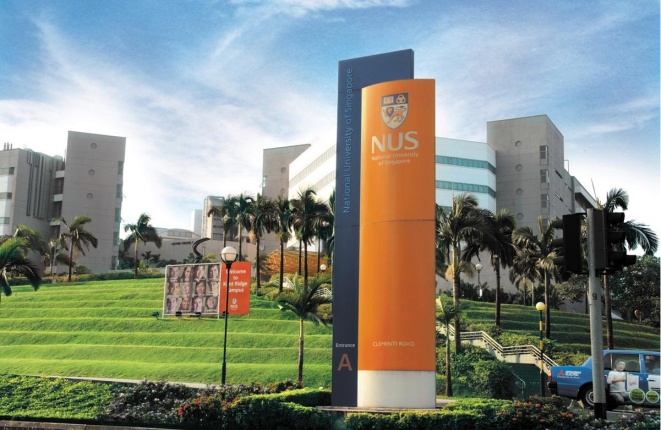 1904 – Tan Jiak Kim, the Straits Chinese British Association’s first president, along with other group representatives, petitioned for the Governor of the Straits Settlements to start a medical school in Singapore. Tan managed to raise 87,077 Straits dollars and forked out $12,000 himself.

1921 – To reflect its academic status, it was changed again to the King Edward VII College of Medicine.

1928 – Raffles College was set up to promote social sciences and arts for Malayan students.

1949 – Raffles College merged with the King Edward VII College of Medicine to form the University of Malaya.

1953 – Singapore Hokkien Association’s then chairman Tan Lark Sye had an idea of building a Chinese university in Singapore for the Chinese community to have higher education. He set up a fund, garnered donations from people from all walks of life, and donated $5 million himself.

1956 – Nanyang University (or Nantah) was started although the entire campus was not fully constructed. The school offered courses in sciences, arts, and commerce. 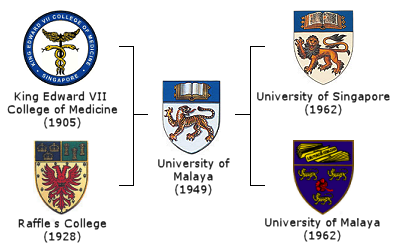 The university’s alumni and the Chinese community strongly opposed to the merger, and felt that it was a political move.

Enrolment numbers of Nantah eventually dropped severely following the promotion of an education system based on English medium of instruction, leading to the university’s demise. 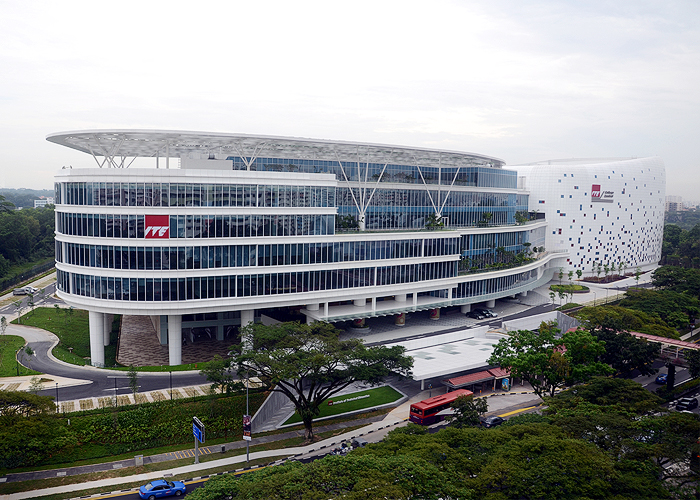 2001 – Ministry of Education (MOE) developed a plan to group 10 of Singapore’s ITE schools into three mega campuses to allow institutions to offer better facilities and a wider range of courses.

ITE’s former campus at Yishun and MacPherson will be demolished for the development of condominiums; its Tampines campus became a commercial building; the Bishan site became St Joseph’s instituition; the Bedok one will be converted into a Fighting in Built-Up Areas (FIBUA) village.

* Under the “One ITE System, Three Colleges” Governance and Education Model, all ITEs were streamlined into East, West, and Central. This means that all three existing ITEs are formed from mergers.

Should schools be merged?

Was your school formed from a merger too? What do you think of school mergers?

On the one hand, mergers help to consolidate resources, which may contribute to a more holistic education for students. On the other hand, alma maters may face dissolution of identity as a part of them is irrevocably erased.

Are school mergers a boon or a bane?