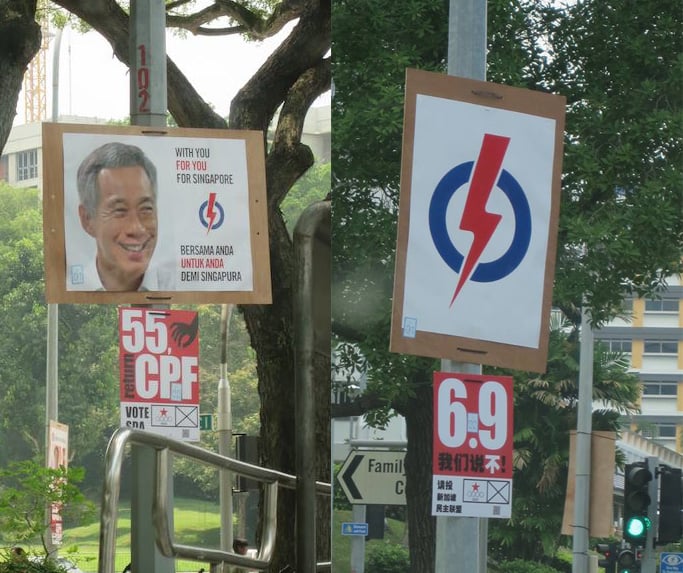 Time for a different campaigning strategy

Campaigning may have just begun, but the various political parties are clearly wasting no time, with posters shoved in your face everywhere you go.

But not for one party.

Singapore Democratic Alliance’s poster stood out from the rest – instead of plastering their candidates’ faces all over, the posters have numbers and words on it.

One says “Say no to 6.9”, referring to Population White Paper which the People’s Action Party proposed to allow for an increase in Singapore’s population to 6.9 million come 2030.

The other says “55, return CPF”, alluding to the age citizens are supposed to have their CPF returned to them.

These posters were also strategically placed under the incumbent’s posters.

There was a hoo-ha over Lee Hsien Loong’s posters that blanketed the island — even in constituencies he is not running for — prompting questions as to whether it is legal or not.