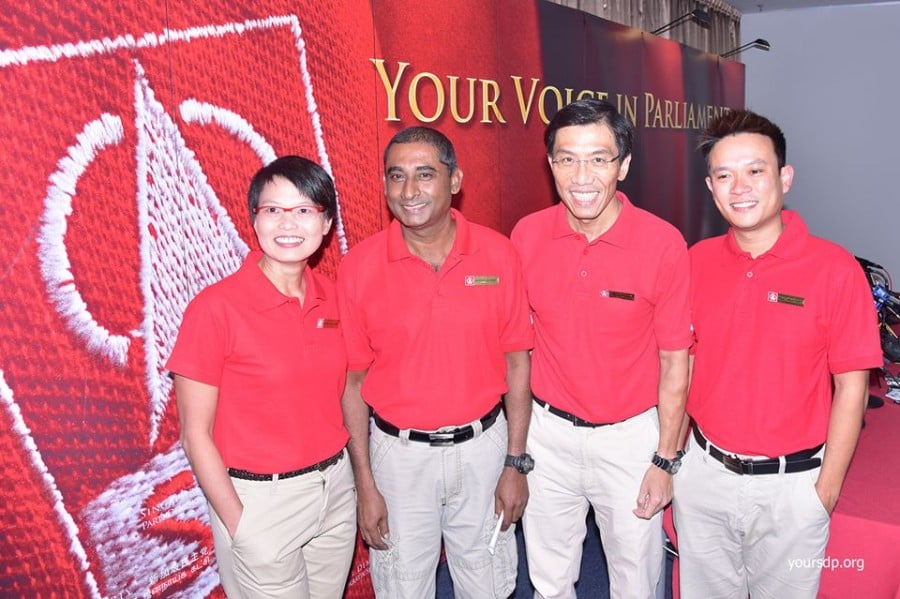 On Tuesday (25 Aug), the Singapore Democratic Party (SDP) introduced two candidates that will be contesting in the coming general elections on the 11 Sept. Chong Wai Fung and Khung Wai Yeen were unveiled at SDP’s new office in Ang Mo Kio.

The unveiling was made a mere 2 hours after the 3 pm announcement that President Tony Tan, under the advice of Prime Minister Lee Hsien Loong, had dissolved Singapore’s 12th Parliament. 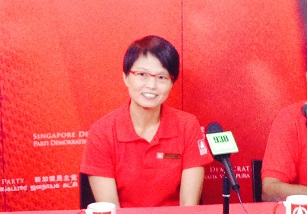 45 year-old Wai Fung is the party’s current Treasurer and an administrator at Ren Ci Nursing Home. A holder of 2 Masters degrees, she has won a host of awards and been part of researches in the area of health services.

When asked whether there was any one healthcare policy she would change, Wai Fung replied

Well, she clearly thinks Minister of Health Gan Kim Yong is pretty crappy at his job. 34 year-old Wai Yeen began his career with the Republic of Singapore Navy (RSN) as an Engineering Naval Specialist. Now an accounts manager with a European multinational corporation, he joined SDP after being impressed with the party’s publishing of the 2011 Shadow Budget entitled “Empowering the Nation”.

Sounds like his role is to ensure proper accounting of any town councils SDP may win.

Now that you know all the usual boring stuff, MustShareNews brings you some of the observations we made during SDP’s candidate unveiling.

The People’s Action Party (PAP) may have the heartland approach but SDP’s use of technology in its unveiling was certainly showcased their tech know-how. SDP made their unveiling available live on YouTube.

The entire 65 minute telecast is available on YouTube, although the press conference doesn’t actually start until the 29th minute of the video. 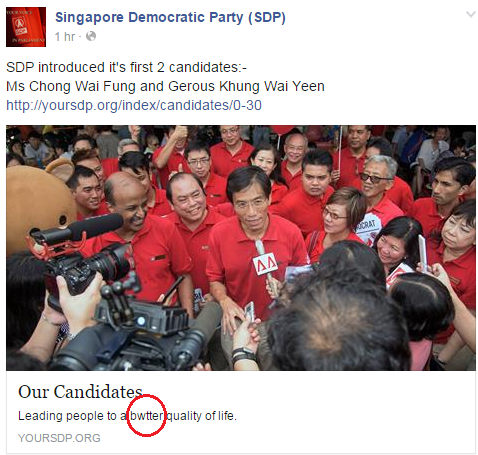 Don’t you want a bwtter life?

Both candidates had difficulties when asked a question in Mandarin. While Wai Yeen made an effort to answer the question he was asked in Mandarin, Wai Fung didn’t even bother trying. She even had trouble with her Chinese name.

When asked by a clearly uninformed member of the audience whether he was surprised that elections were on the 12th and not the 11th, Dr Chee replied

It could not have been on the 11th because then it would have fallen on a Friday. Traditionally anyway, it has always been on a Saturday.

It was only after other members of the audience and SDP Chairman Jeffrey George informed him of the actual date that he realised this.

Polling Day is on Friday? This is going to be the first then.

You’ve got to be asking the question… Why? Did the Prime Minister not have the confidence of taking this Parliament to its full length. Is he afraid that things are going to get from bad to worse? (refering to the world’s economy and the number of MRT breakdowns)

When asked if SDP were ready, Dr Chee quickly replied saying that SDP has been ready since January, reminding those present that their electoral campaign was launched at the start of the year.

Asked to comment on the format of candidate introduction and why SDP had decided to stick to the traditional methods, Dr Chee cheekily said

Because we want to show off our office mah.

He later added that there will be things done at constituency level, saying

On his response to comments made by Minister for Social and Family Development, Tan Chuan Jin saying that residents should be treated as people and not votes to be traded, Dr Chee replied

Mr Tan says a lot of things… Sometimes it is just important for us to work things through. You want to put a bad spin on that and call it horse trading, what can we do?

8. Maybe some things shouldn’t be said

When asked about his education background, Wai Yeen said that he graduated from Singapore Polytechnic with a Diploma in Marine Engineering before getting and Advanced Diploma in Management from Kaplan. He added that there were intentions to further his studies with a Degree in Marketing,

but somehow, life happens lah, you know? Kids and house, everything comes in [and] so, that is being delayed

Not really something you wanna share with voters is it? 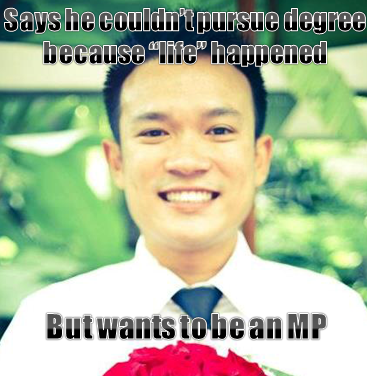 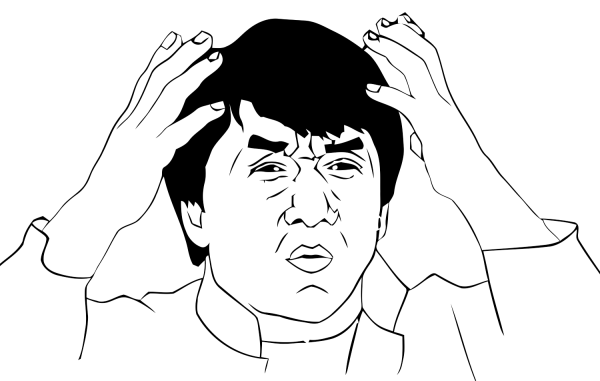 Keeping a lookout for more candidates

With the date for elections finally confirmed and approaching ever so closer, SDP said that they would be announcing their candidates two at a time in the coming days.

Judging by the reveal of these two candidates, we can’t wait for the rest.