Jeremy Chen, former SDP member, has spilled the beans on SDP and leader Chee Soon Juan in a lengthy letter published on 27 January. He resigned from SDP the same day he published the letter on his own blog.

Chen starts off his letter by highlighting the amazing things that he did while at SDP. The PhD student at the National University of Singapore Business School then goes on to paint a sob story about how his work was never held in high enough regard by Chee Soon Juan.

“I was “kicked out” of the planning group unilaterally by CSJ.”

“Also, there was a little “position paper” I prepared on CPF Policy, which never saw the light of day.”

Part 2: The flaming of CSJ

Accusation: CSJ is a liar: After Chen was removed from the Party Organising Division’s (POD) mailing list, he queried CSJ about the issue. Chee said that it was a decision undertaken by the Central Executive Committee (CEC), yet some CEC members later told Chen that there was never such a thing.

Accusation: CSJ is a hypocrite. Chen claimed that his social media activity, which was cited by CSJ as the reason to Chee’s removal, was “reasonable” and had “put the party in a good light”. Chen also could not understand why negative “anti-Semitic” postings by another SDP member, Jufrie Mahmood, did not bring about any repercussions whatsoever. 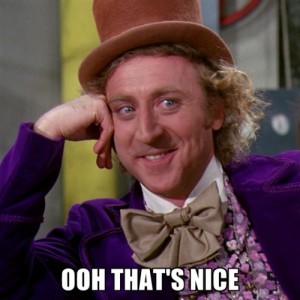 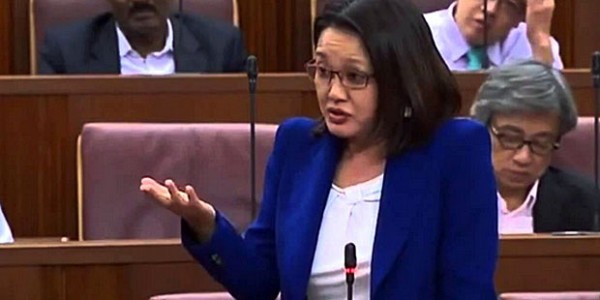 “The party then conveyed to Jeremy that if he continued with such Facebook posts, he cannot [could not] play a prominent role in the party. This is the only point of contention the party has with him.”

Chen issued a reply on his personal blog, saying that the defamatory posts were published after CSJ had given social media activity as a reason for dismissal. Chen called such “macro-scale time travel” tactics a “physics Nobel worthy feat.”

CSJ’s alleged lies came on 29 July 2014, but the bulk of SDP’s photographic proof in their official statement came thereafter, save for two, which Chen claims were never highlighted to him as an issue.

These are the posts that were considered defamatory by the SDP. 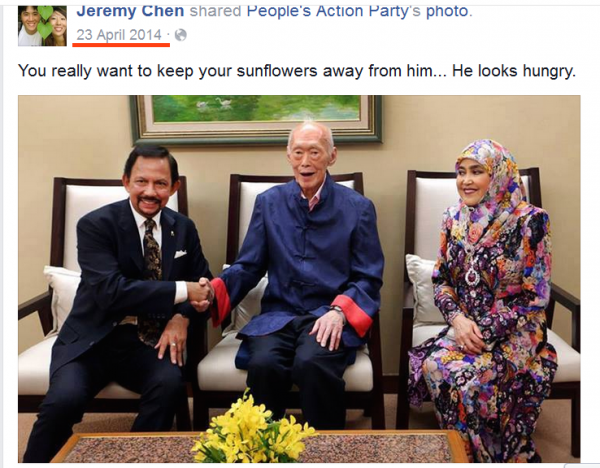 Chen also commented that SDP’s statement failed to address the issue of CSJ being a liar. 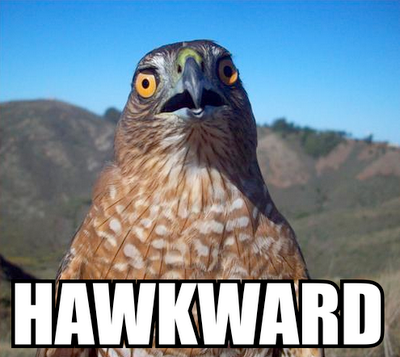 Chen ended off with a paragraph that will surely hurt SDP’s image. This is not a good showing for Chee Soon Juan, especially when he doesn’t have the cleanest image around. (Fired from NUS, staged a five-day hunger strike, endless lawsuits).

Chen also claimed that communication from him to the rest of the party was cut off after he replied someone else in the group with elaborations over CSJ’s “misconduct”.

Dear SDP, get your act together

Chen’s top tip for SDP? To get Chee Soon Juan to stop his bull****. This was after Chen had read an article about CSJ being “hopeful” about SDP’s new candidates for the next General Election. According to Chen, there are no such people.

It’s hard to place our trust (and votes) in Dr. Chee when a former member of his political party comes out so strongly against him. We were just beginning to think that CSJ could be a force to be reckoned with in the next General Election. This piece of news has already been picked up by The Straits Times and will definitely reach a lot more people than Chee will want.

We think it’ll be way too hard for CSJ to defend or redeem himself in time.