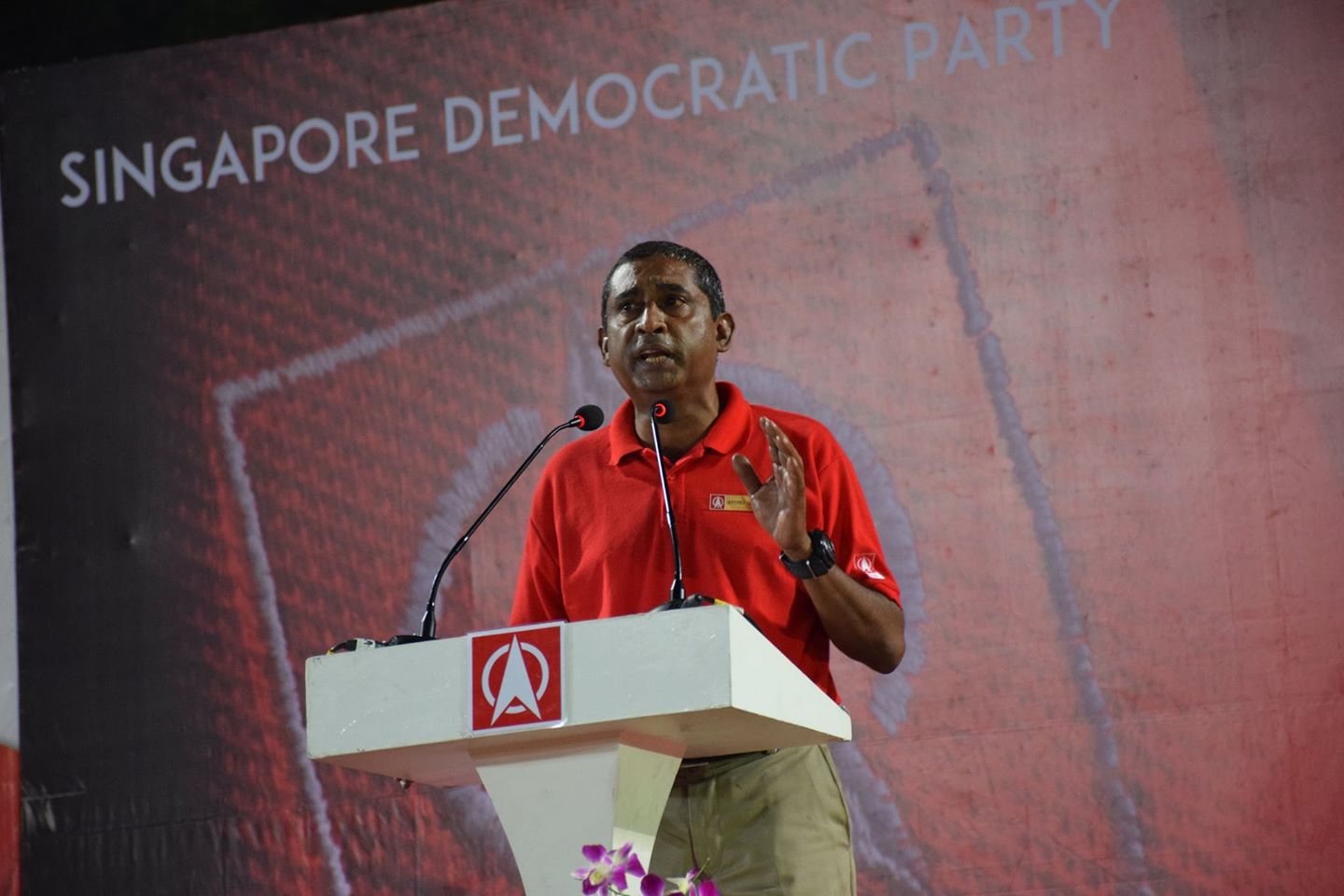 The matter came as a complete surprise for SDP Secretary-General Chee Soon Juan, who said that “he is respected and well-liked by his party colleagues”.

51-year-old Jeffrey George was elected as SDP chairman in October 2013. He was the election agent for Chee Soon Juan and SDP vice-chairman John Tan during the 2015 general elections.

Chee Soon Juan revealed during a post-General Election conference by the Institute of Policy Studies that SDP held its Central Executive Committee elections last Saturday and voted Dr Wong Souk Yee as SDP’s new chairman. This decision was independent of the arrest.

While SDP has come forth to admit George’s arrest, the Central Narcotics Bureau (CNB) was more discrete. When local media asked if Jeffery had been arrested, the response was, “A 51-year-old man has been arrested for drug-related offences. Investigations are ongoing.”

As far as we know, Jeffrey was still SDP chairman at the time of his arrest.

Previous brush with the law

This was not Jeffrey’s first brush with the law. He was arrested in 2007 for being part of an unlawful demonstration with other SDP members near the Istana.

In 2008, Jeffrey was fined $600 for being caught trying to stage a protest march from Speaker’s Corner in Parliament House.

In 2010 he was fined again for being part of an assembly without permit in Toa Payoh in 2008.

With reference from The New Paper, The Straits Times, Yahoo
Featured image via Facebook