All the political parties, watch out, there’s a Professor in SDP.

Earlier this week, MustShareNews presented you with an interview of Kevryn Lim from the National Solidarity Party (NSP). Today, we present to you up-and-coming potential candidate from the Singapore Democratic Party (SDP), Professor Paul Ananth Tambyah.

Dr Tambyah was interviewed by the media last night (30 July) after a SDP’s walkabout at the Bukit Panjang area.

It was interesting to note Dr Chee Soon Juan, Secretary-General of the SDP, staying silent throughout the interview, and allowing Dr Tambyah to run the show.

It seems that the SDP was actually introducing Dr Tambyah to the media, as a SDP candidate that they will contest in the coming General Election. 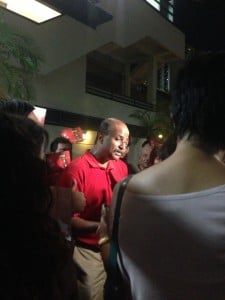 In the short and candid interview with the media, Dr Tambyah underscored his commitments in pushing for reforms in the healthcare, household, and social security of Singapore if elected.

He also revealed that he had only voted once in a General Election, since he is a resident of the Tanjong Pagar GRC.

MustShareNews managed to score a personal interview with the Professor of the National University Hospital (NUH) at the Department of Medicine, where he talked about his friends in politics, his political ideas, and the reason why he chose to enter politics.

Dr Tambyah graduated from the National University of Singapore (NUS), gave many speeches over the years ranging from medicine to politics, and won numerous awards during his tenure in NUH and as a lecturer in NUS.

We reckon it’s safe to say he knows his stuff.

Aside from his work, Dr Tambyah is also a founding member of MARUAH, a human rights organisation in Singapore, as well as a volunteer for the SDP.

In 2011, Dr Tambyah was constitutionally unable to take part in the General Election since MARUAH does not allow any political party member to be active in the organisation.

This time, Dr Tambyah is ready to partake in the activities of the coming General Election.

[N]ow I think I am ready to participate more actively in the parliamentary process.

The Professor and politics

Dr Tambyah feels that it is his duty as a Singaporean and as an academic to be actively involved in the political processes of Singapore.

Dr Tambyah cited the presence of many other academics in the political scene, such as Communications and Information Minister Yaacob Ibrahim and Member of Parliament (MP) Mohamad Maliki bin Osman, to further exemplify his point.

The Professor also revealed that his choice to join the SDP was due to the fact that it is the political party that he can ideologically relate the closest to.

I chose to join the SDP as it is the party most aligned to my personal social and economic values – values that recognise the importance of social justice, equality, and democracy.

Dr Tambyah also added that he is open to contesting any constituency that the SDP may decide field him, as long as it is for the best for the people of Singapore.

Guess we’ll have to wait till Nomination Day to find out. 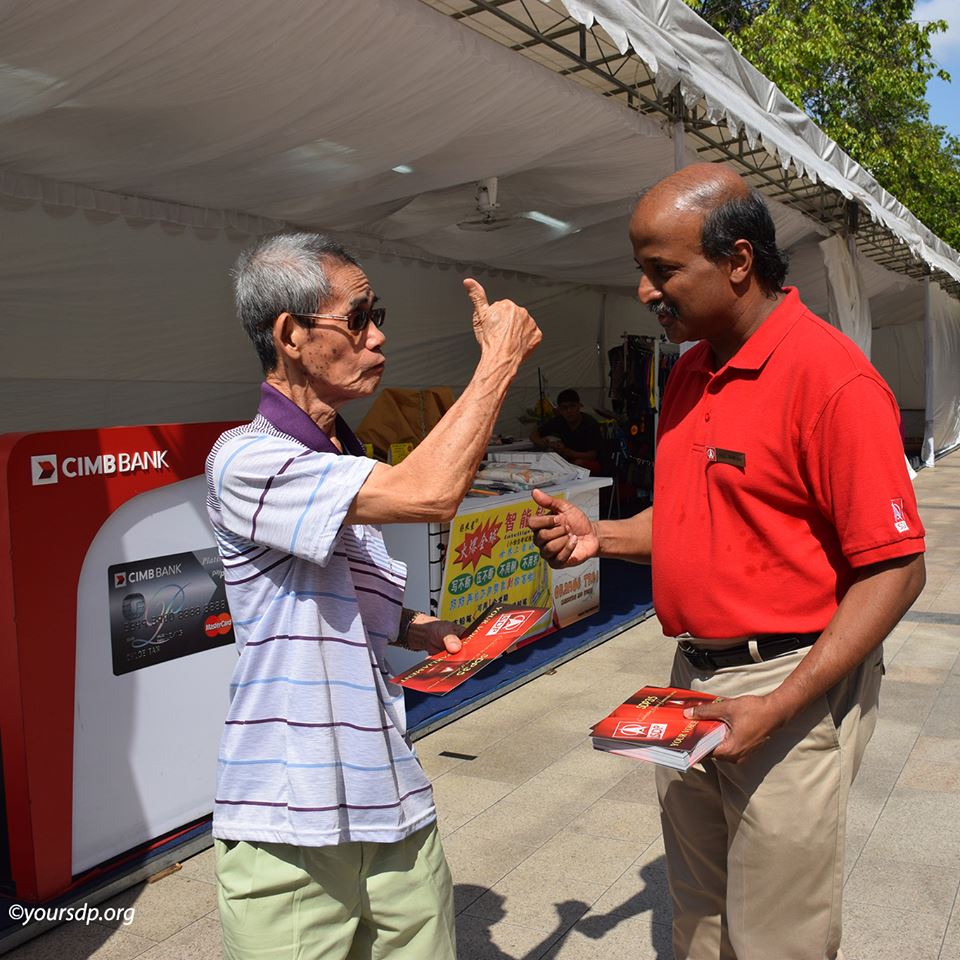 The Professor and his ideas

As someone who has first hand experience of Singapore’s public healthcare system for 25 years, Dr Tambyah gives a thumbs up to Singapore’s quality of health professionals as well as the world class facilities.

But his biggest concern is also the healthcare of Singapore.

The Professor has a major caveat with the way healthcare is financed.

The way that healthcare is being financed, has limited the ability of Singaporeans to enjoy good health, without feeling the anxiety about the burden on themselves and their families.

The Professor asserted that children in Singapore ought to be allowed to develop to their best potential and not be stressed out by the education system, and that the CPF sum should be returned upon retirement.

[C]hildren need to be allowed to develop to their fullest capacity and not be pressurized by the relentless push of high-stakes exams.

[CPF] should be returned to the people as promised, so that they have a choice whether they want to leave it in the fund or to pursue some lifetime dream such as starting a small business, taking a trip or investing in something else that they believe in.

However, Dr Tambyah also opinionated that the ruling party have made conscious efforts in listening to the people, and are making changes to certain policies.

Unfortunately, these changes are not enough.

I think that the willingness to listen to the voice of the people (speaking through the ballot box) and make some tweaks to some of the most obvious defects in our system was heartening – for example, the inclusion of children with congenital problems in Medishield and allowing mental health problems and HIV to be covered by Medifund.

There is still a lot more that needs to be done.

Dr Tambyah also candidly revealed that some of his best pals are supporters of the PAP! Yet, it does not matter to both him and his friends that they share different political ideologies, since FRIENDSHIP > POLITICS.

Some of my best friends are PAP supporters!

Seriously, I have friends across the political spectrum and I think that is the way it is for most Singaporeans and the way that it should be. 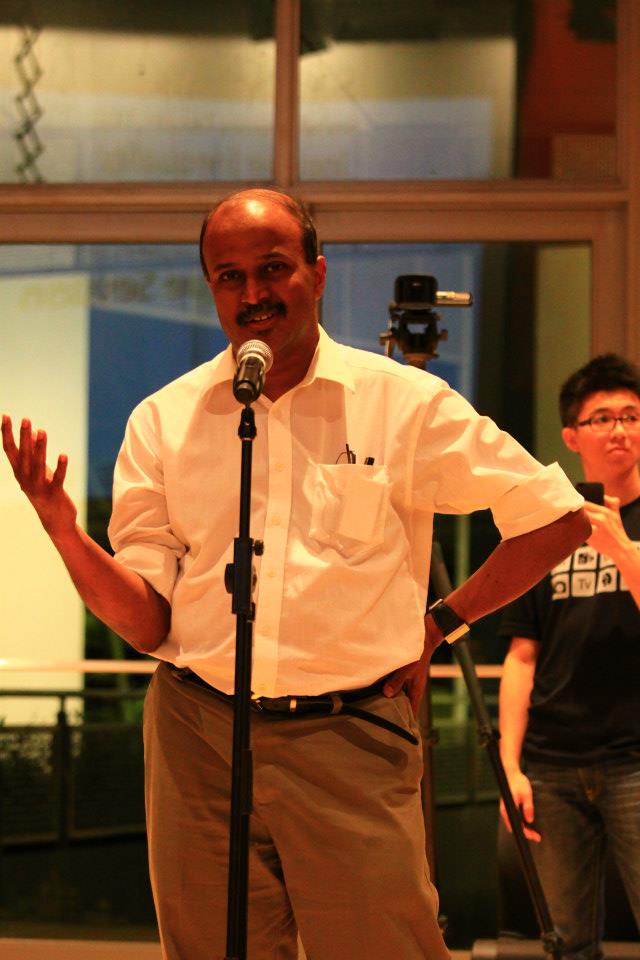 The Professor and his grievances

All jokes aside, Dr Tambyah also cleared up the misconception that opposition parties are opportunists who turn up only when the General Election is near.

He readily admits that being part of the opposition is tough, especially in Singapore.

[T]he fear factor persists in many who are considering running for parliament on an opposition ticket. In my mind, sincere opposition candidates are brave individuals who care a lot about Singapore – probably more about Singapore than themselves and their businesses.

Dr Tambyah also accepts that no one has the perfect formula to run Singapore, and that we can only progress if we learn to question the authority.

Singaporeans will have to accept the hard truth that no one has a monopoly on what is right or best for the country.

Certainly not the PAP in its current form, and not even the SDP.

Progress in science is made by questioning authority. We need to learn to do that a lot better if our country is going to progress and be ready for the challenges of the future.

The Professor and his final message

When asked on how will Dr Tambyah sell himself to Singaporeans in the coming election if he contests, the Professor appeals for voters to understand the issues that Singapore faces, and consider SDP’s alternative policies on these issues.

I think that Singapore voters are mature enough to evaluate those proposals and decide if they want someone to raise these issues in parliament. If they do, they should vote for us.

Keep your eyes peeled for more news on Prof Paul Tambyah on the Facebook page of the SDP.

Featured Image via MadMaguireOnFire
With reference to Paul Ananth Tambyah, The Straits Times