I Will Be The One is written by SDP Secretary-General, Dr Chee Soon Juan and Central executive Committee (CEC) member, Jufri Salim. Vocals were led by Surayah Akbar and Diwi Aishah Ali with the background vocals sung by members of SDP.

We are unable to confirm whether the “member” in the Elmo T-shirt will be running for the upcoming election. Maybe he’s just Danny the Democracy Bear.

Oh please Dr Chee, you’re not the only one who can play the guitar

The song comes out just in time for SDP’s 35th anniversary celebrations.

SDP probably won’t win any Grammys for I Will Be The One, but the song certainly touched the heart of many individuals . 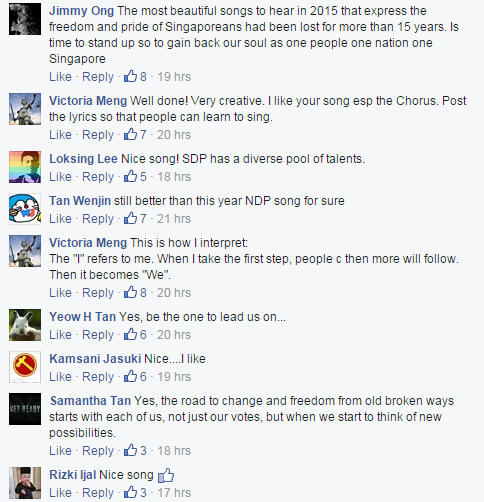 Like we said, the people absolutely love the song.

After playing the song one replay for an hour, we decided to take a closer look at some of the lyrics.

And everywhere I go,

but the Sun is always there

to shine bright for you and I

Reading deeper, we wonder if “lightning and storm” might be a reference to the People’s Action Party (PAP) and government agencies who have come after SDP in the past. The word ‘Sun’ in the lyrics on the music video also has a capital ‘S’.

The party however says that the song lyrics do not incite or demean and is instead meant to uplift and inspire. 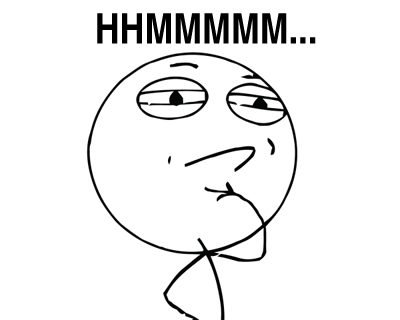 SDP also plans to raise the roof at their rallies by playing the song. We wonder how long it takes before party members get irritated by their very own party song. 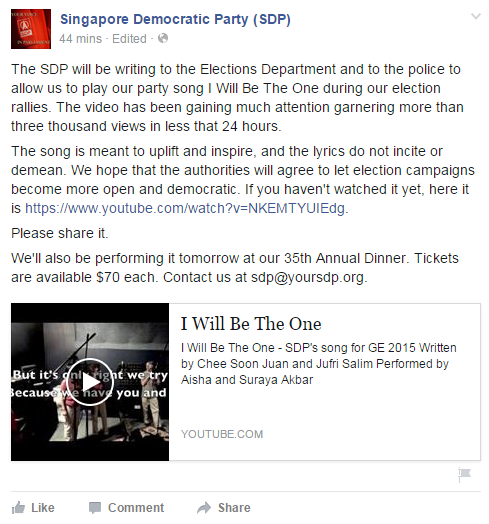 With a new website and now, an official party song, we wonder what SDP has in store next.

A movie on Dr Chee perhaps? We know that they will be shifting out of their current premises at Jalan Gelenggang but we don’t know where to.

Given that the Worker’s Party has been rather quiet, looks like all eyes will be on the next biggest political party, and so far, SDP have not disappointed with their efforts.